With just one clash between current top 4 sides, Round 6 is an opportunity for the top sides to cement their place in the box seat and for bottom sides to claim a massive scalp.

Will there be a hangover from the compressed round?

To their credit there were no gripes from any players throughout the compressed scheduling of rounds three, four and five.

If anything, the feedback from the troops was that they preferred extra games over training.

When all the adrenalin of travel and short turnarounds is flushed out of the system, the greatest test of Round 6 will be how long fatigue weighs down their tired bodies.

Individuals rebound differently, and for the Collingwood Magpies there will be the double jeopardy of welcoming back four key players from COVID-19, just as the Giants endured earlier in the season.

The Magpies will be asking a lot from Molly Jovic and co in Brisbane against the rampant Queensland Firebirds.

The teams with the greatest depth will certainly use it this week if fatigue strikes.

West Coast Fever and the Melbourne Vixens have the most options but the Sunshine Coast Lightning spared Kadie-Ann Dehaney and Reilley Batcheldor from Round 5 and are exhibiting signs of depth.

Cara Koenen appears better equipped to fend off goal keepers for longer periods and she will need to be against a NSW Swifts combination led by Sara Klau.

“She’s the strongest she’s ever been,” Lightning coach Kylee Byrne said of Koenen.

“The power side of her program is just huge. Her last three games she’s shown how strong she is in the air.” 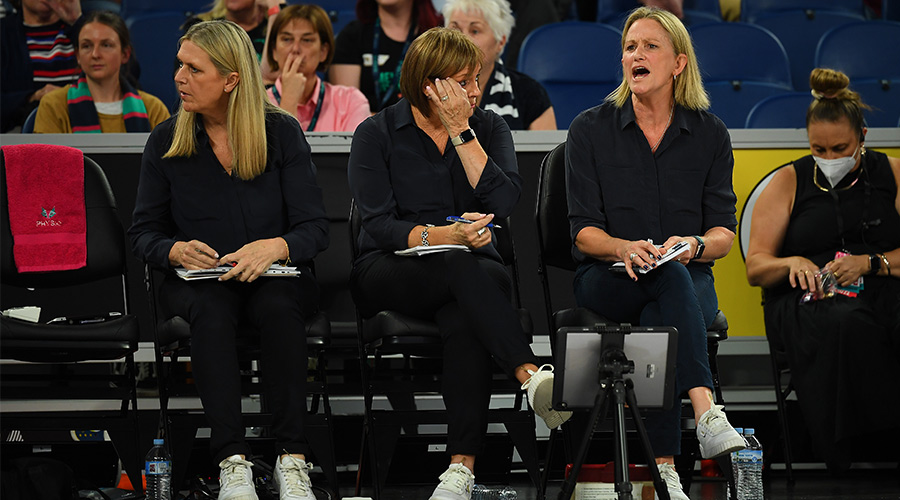 Attack coaches from both the Vixens and Adelaide Thunderbirds will be working overtime ahead of their clash in Melbourne on Saturday.

To this point it seems their philosophies have been ‘whatever we shoot we’ll restrict you to less’.

Take the second-placed Vixens. Setting aside the uncharacteristic loss on the Sunshine Coast, the 2020 premiers have enjoyed a flying start to the season.

Yet their 59-goal average is a little fewer than what you might expect of a top two team.

There is so much scoring potential in Mwai Kumwenda, Kiera Austin and Rahni Samason that it would be unlikely for this trend to continue.

The fourth-placed Thunderbirds (47 goals per game) are the lowest scoring team in the competition but, hey, why worry when Shamera Sterling wins so much ball?

Sterling leads the competition for intercepts, gains and rebounds and would be difficult to beat for the tournament’s most valuable player if they stopped the count now. 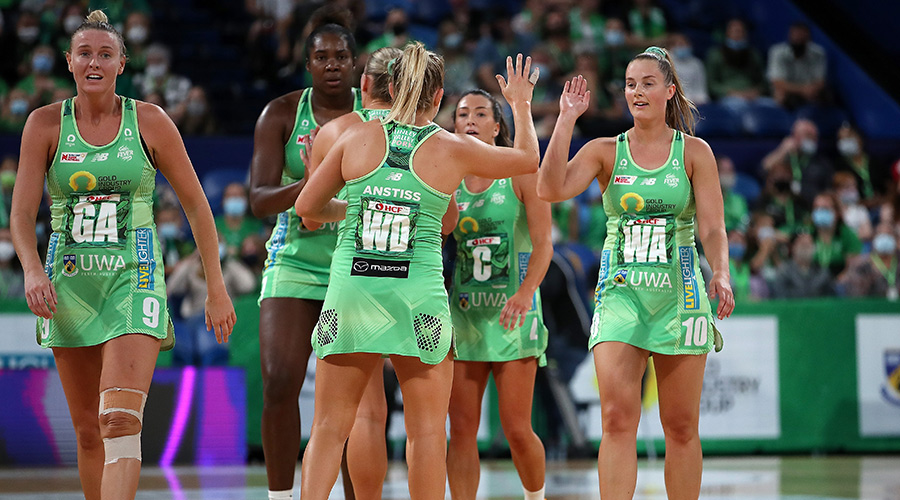 The 2021 preliminary final rematch between Giants Netball and the Fever will be the West Australians’ fourth road game in six rounds and another test of their resilience.

It will also be a test of discipline, with the competition-leading Fever and sixth-placed Giants the two least penalised teams in Super Netball.

Dan Ryan and Julie Fitzgerald have got their teams firing and, were it not for a major COVID-19 outbreak, the Giants might be riding higher on the ladder.

Curiously, while they have been clean collectively, Fever captain Courtney Bruce and the Giants’ Matilda McDonell are the two most penalised players in the game.

Remaining in play will be their greatest challenge because they have each demonstrated a knack for winning ball.