The future of GIANTS Netball is secured thanks to a string of key re-signings.

Starting seven regulars Sam Poolman, Kristiana Manu’a and Amy Parmenter have all put pen to paper, while exciting youngsters Kiera Austin and Matilda McDonnell have also committed their future to the GIANTS.

With 73 elite caps behind her, Sam Poolman led the GIANTS’ young defensive group in 2019 and has extended her contract for another two seasons.

Manu’a, who this season celebrated her 50th elite games, has extended her contract until the end of 2021.

The fierce defender is a key player in the GIANTS defensive line up, with her intense defensive pressure always making it difficult for her opponents.

The duo of Poolman and Manu’a in the back end was one of the most unchanged combinations throughout the season for the GIANTS and their stability will ensure strong growth from the GIANTS in 2020.

Amy Parmenter’s re-commitment to the GIANTS until the end of 2021 is a huge boost heading into the off-season with the Randwick product playing every game in 2019.

Parmenter shone at WD and is considered one of the brightest young stars of Australian netball. 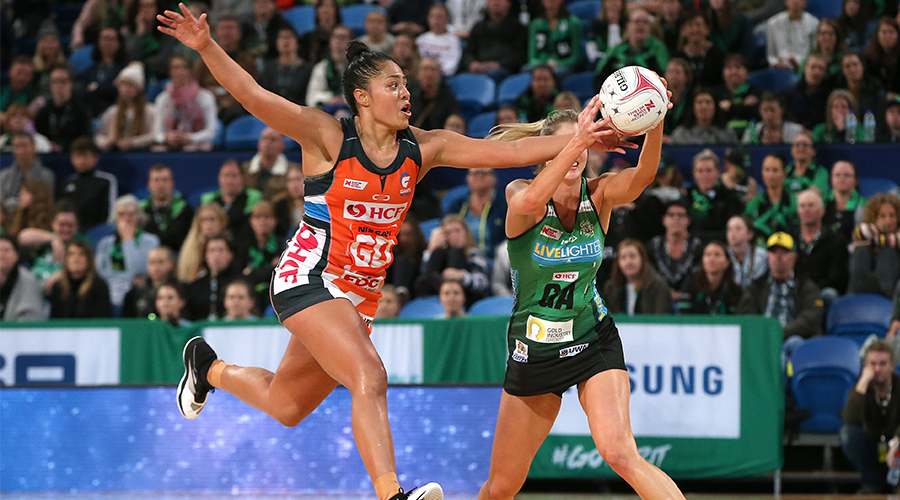 On the back of a break out season, Kiera Austin has also signed a two year contact extension to continue her career in orange.

The versatile 22-year old entered the game in many crucial moments throughout 2019, providing a much-needed swing of momentum in favour of the GIANTS on numerous occasions.

Matilda McDonell, 19, made her elite debut this year and will continue to hone her game against two of the best shooters in the world and await her next on court opportunities in 2020 having signed a one year extension..

“I’m delighted to have these five players recommit to the club,” said Fitzgerald.

“Kristiana and Sam were really developing a strong chemistry by the end of the season and I’ve got no doubt that will continue to develop in the coming years.

“Amy and Kiera played vital roles for our team and showed composure beyond their years while Matilda will have greater opportunities in 2020 as she continues to mature as a player.

“There’s no doubt we were disappointed to miss out on the finals in 2019 but I’m confident that having won four of our last five games and with the majority of our squad returning next season, we are in great shape for 2020.