Learn how the Magpies defeated the Vixens in the Melbourne Derby, the GIANTS won a thriller against the Swifts, the Fever dismantled the Thunderbirds and how the Firebirds upset the Lightning in a bruising game of Netball.

It was another blockbuster round of Netball which saw a complete fixture reschedule only days before Round 11 commenced.

Fans were treated to another Saturday triple-header along with an exciting Monday night of Netball.

The Melbourne Derby kicked off the updated Round 11 fixture, with this match played at Netball SA Stadium in Adelaide. Not that a Melbourne Derby played away from Melbourne is an unusual circumstance anymore, considering the last time these two teams played each other back in Round 7, the game was held at Ken Rosewall Arena in Sydney due to coronavirus restrictions.

The Magpies won that encounter and have now completed the season sweep with a 4-point victory on Saturday.

Leading into the 2021 season, the Vixens had defeated the Magpies in seven out of their nine encounters since the formation of the Super Netball league in 2017. That leverage has now been severely cut into with the Magpies winning both 2021 matches.

This game was a lot tighter than the 16-point thrashing in Round 7, with the Vixens having a point to prove after their disappointing loss to the Swifts last weekend. In that game, they scored the lowest first half points for the season with 15, a total they reached on Saturday just five minutes into the second quarter.

Scoring was never going to be an issue with both teams struggling to defend the goal circle this season, as the Magpies and Vixens are 8th and 6th, respectively, in average points against.

It seems the subsequent factor to the Magpies’ victory was shooting accuracy. The Vixens had more of the possession and took more shots over the course of the game, yet ultimately went on to lose by 4-points.

The Vixens took four extra shots for the game, yet shot at only 79% compared to the Magpies’ 95%. All three shooting options were used by the Vixens, however none of them could really find their groove inside the goal circle. Kaylia Stanton and Ruby Barkmeyer were continuously rotated through the GA position but shot at a combined shooting accuracy of 47.8%.

Shimona Nelson was the polar opposite, shooting 37 goals from 37 attempts. If the Vixens were able to tighten up their accuracy they might have taken home the four points.

Jodi-Ann Ward and Geva Mentor were simply outstanding in defence all game and set the tone for the match right from the start. The pair finished with a combined 16 gains, 16 deflections, six rebounds, three interceptions and only one turnover.

The Magpies are now three games ahead of their Melbourne rivals with the Vixens a game behind on the bottom of the ladder. 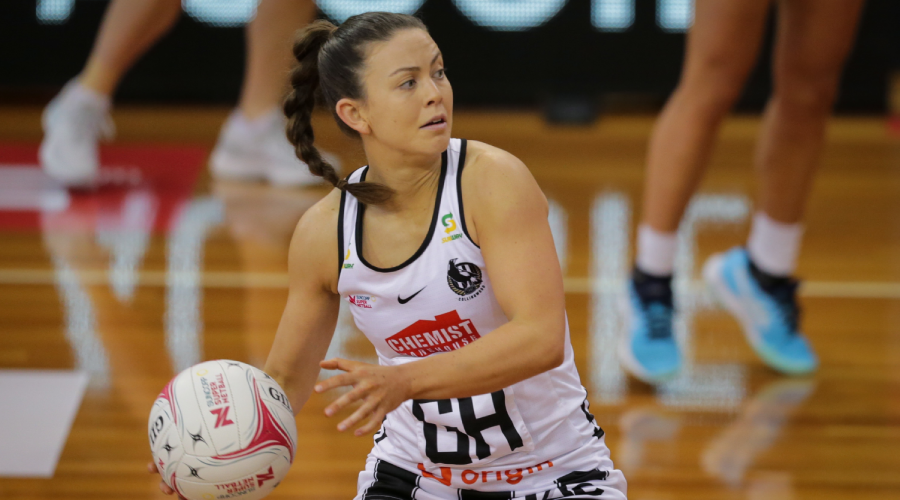 It was picked to be the game of the round and it certainly didn’t disappoint. Once again this was a city derby not played in the home city, with this match also played at Netball SA Stadium.

The Swifts had a great chance to move a game clear of the GIANTS on top of the ladder, but squandered that opportunity with a 4-point defeat. A third quarter masterclass from the GIANTS was enough to wrestle the momentum of the game their way.

Two weeks ago, the GIANTS lost to the Firebirds by 11-points and their season looked to be in tatters. After winning their opening four games to the season, the GIANTS lost four of their next five encounters and were beginning to drop down the ladder. They have now won their last two games and look to have found their groove again.

Maddie Hay and Jamie-Lee Price were phenomenal through the midcourt and provided that crucial connection on transition. The pair brought the intensity and energy that the GIANTS were lacking in their previous month of Netball.

Another factor that seems to be the barometer for the GIANTS is that, for the second week in a row, every player who entered onto the court recorded at least one deflection. The GIANTS have lifted their defensive efforts and are managing to turn that into points on the scoreboard.

Thanks to three consecutive goals from Sam Wallace, the Swifts managed to draw the margin to 2-points to start the last quarter. However, that was as close as the Swifts could get as the GIANTS put together a clinical final 10-minutes to clinch a huge victory in the scheme of the season.

Sam Poolman was instrumental in her team’s victory, providing headaches for Wallace inside the goal circle. The GIANTS' GK not only kept Wallace to just 80% shooting accuracy, but also managed to clean up her misses, finishing the game with five rebounds along with eight gains and four deflections.

You know a team is performing well when they aren’t required to use any substitutions throughout the match. This is the first time this season that the GIANTS haven’t used a substitution in their 11 matches. When you end up knocking off the ladder leaders, can you blame them? 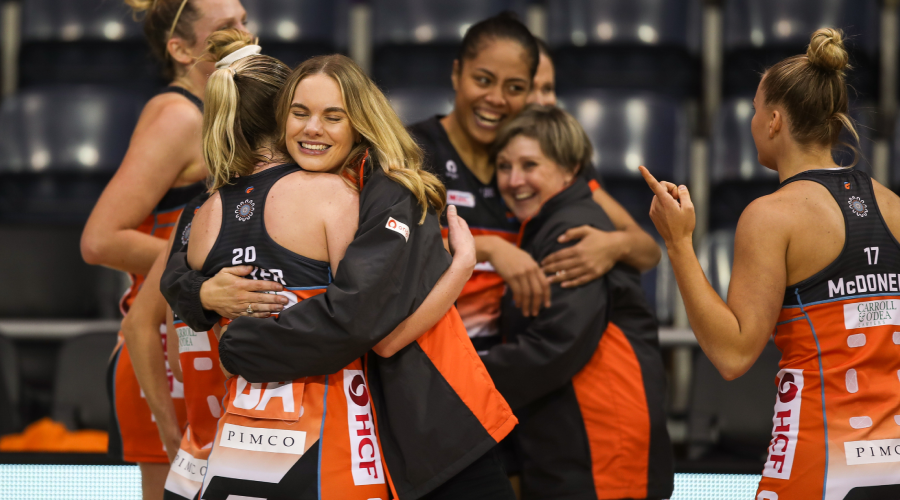 This game was always going to be a tough task for the Thunderbirds. Playing the Fever at RAC Arena in Perth is a challenge in its own right, but considering the Fever were coming off of two straight losses (their only defeats in 2021), the Thunderbirds had a mountain to climb to claim victory on Saturday night.

Evidently that mountain was too high for the away team, suffering a massive 25-point defeat from a rampaging Fever outfit desperate to get their season back on track.

If the Fever dropped this game, they would have fallen out of the top four and moved a game behind the Firebirds in fifth position. Now, the Fever do still have a game in hand against the bottom placed Vixens, which could prove to be a handy ace up the sleeve in terms of ladder positions come season's end.

Despite the heavy favouritism towards the Fever leading into this match, the Thunderbirds put up a spirited opening quarter, leading by 1-point at the first break. Both teams managed to shoot 100% in the opening quarter, but it was the Thunderbirds’ defensive pressure that paved the way for their quarter time lead. Sterling and Garrett were both influential in defence to start this game, picking off every errant pass that was entering their defensive third.

Unfortunately for the Thunderbirds, it was all downhill from there. The Fever went on to score 15 of the first 18 goals to start the second quarter, storming out to an unattainable 12-point lead.

To their credit, the Thunderbirds never gave in and went on multiple runs to try and dig into the lead, but Sunday Aryang was having none of it. Every time the Thunderbirds looked to be making in-roads into the game, Aryang would pop up with a timely defensive act to shift momentum back in favour of the host side. Aryang finished the game with an impressive five deflections, four gains, three interceptions and no turnovers.

The second half was as dominant of a half we have seen all year, with the Fever in complete control of the match. The Fever were in possession of the ball for 19-minutes in the second half compared to the Thunderbirds’ 12, and were directly turning that into scoreboard pressure.

In the second half, the Fever recorded 256 Nissan Net Points compared to 44. The Thunderbirds only recorded six Nissan Net Points in the last quarter. Six for the entire team! They also had 15 extra turnovers throughout the game, which was a big factor in this disappointing result.

A big congratulations to Stacey Marinkovich, head coach of West Coast Fever, who coached what could be her last home game before she departs at the end of the season to become full-time Australian Diamonds Coach. Well done Stacey! 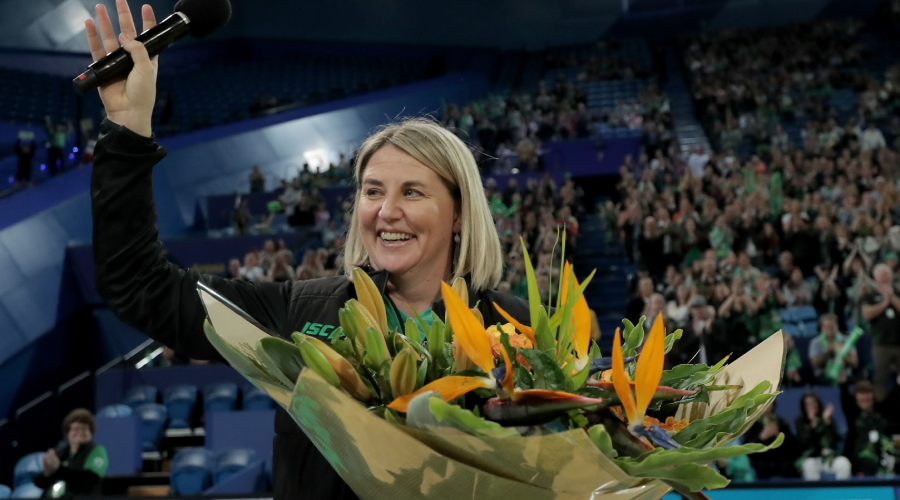 Fans were treated to a Monday night spectacle, as the Firebirds upset the Lightning at home in Brisbane. The Lightning were already heavy favourites coming into this match, but when Tara Hinchliffe and Tippah Dwan were withdrawn from the team list only hours before start time, the Firebirds were given little hope to claim victory.

Hinchliffe was ranked fourth in interceptions leading into this round, and with the firepower the Lightning have inside their attacking third, this was a huge loss for the Firebirds in defence. Dwan was also a big out for the home side, as she typically provides that backup shooting option for the Firebirds, especially when they are in need of a Super Shot. Dwan has made 21 Super Shot’s this season, the most of any Firebirds in 2021.

But, despite the loss of two key members from their line-up, the Firebirds came away with a spirited 10-point victory over the equal ladder leaders.

Bueta was simply outstanding in Monday night’s win, and was required to play the full 60-minutes on the court. This is only the second time this season that Bueta has played the entire game, and she certainly didn’t let that opportunity go to waste.

Bueta provided the perfect combination with Romelda Aiken inside the goal circle. The athletic shooter finished the game with 18-goals for 19-points on 90% shooting accuracy, along with a game high 26 centre pass receives.

It was a physical game to say the least. It felt like the play was getting out of hand at stages throughout the match, with an extraordinary high amount of penalties called. 153 penalties were called in this match, 54 more than in the Fever v Thunderbirds game.

Cara Koenen was left with a hefty burden to carry, with the injuries of Steph Wood and Laura Scherian placing a huge hole in their offence.

Wood suffered an injury in the opening quarter and was taken from the court twice throughout the game. The 29-year old only managed to play 11-minutes, with Scherian only lasting 28.

A depleted Lightning team just couldn’t keep up with a rampaging Firebirds’ unit in the second half, being outscored by 10-points, ultimately the final margin.

Romelda Aiken also suffered an injury to her ankle in the final quarter, but bravely battled on to help her team to an important victory.

The Firebirds have now kept their slim finals hopes alive with this win, but have they left their run too late? Only time will tell.

The Lightning will be kicking themselves that they let this game slip, as a win would have seen them move a game outright on top of the ladder. They now drop to third, equal in points with 1st and 2nd but with a poor percentage. 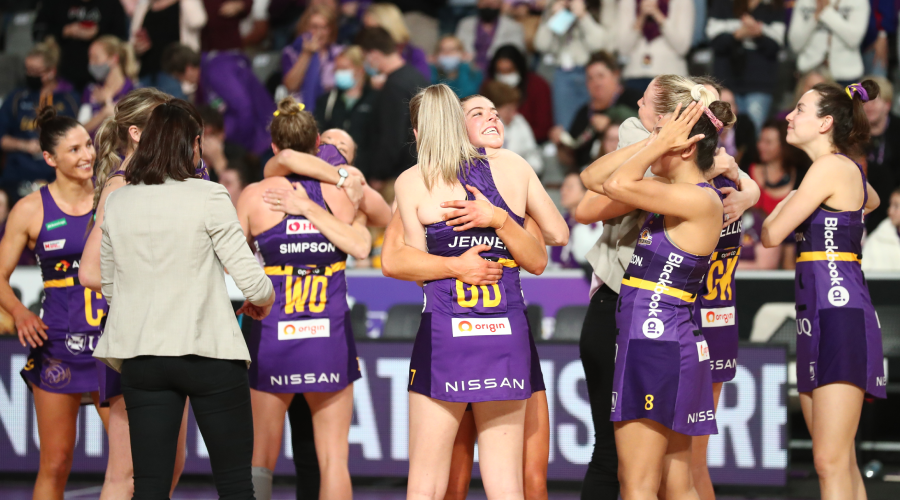 Round 11 Wrap: A triple header and Monday night Netball > Components