Eight rounds in and that can only mean one thing – The first rematches of the year, and there’s some great ones to look forward to.

The Magpies stunned the Lightning in Round 1, the Thunderbirds snapped their 27-game losing streak against the Fever 7 weeks ago, the Vixens were too good for the Firebirds and the Swifts knocked off the GIANTS in the first NSW derby of 2019.

But so much has changed since Round 1 and there’s still so much netball to play.

As always Laura Geitz is here to give us her key match-ups of the round, which should be a beauty.

Both the Lightning and Magpies are coming off impressive Round 7 wins and will be hoping to keep that momentum going all the way into the World Cup break after Round 9.

The Sunshine Coast locked horns with an impressive Thunderbirds team in Darwin while the Magpies knocked off the cross-town rival Vixens for the first time in their history.

Both teams play a fast paced brand of netball and rely on their high-powered midcourts to keep that tempo up and to feed their big goal shooters all game long.

Laura believes that if Magpies superstar Geva Mentor can shutdown Lightning shooter Peace Proscovia, they’ll be able to keep the game close and potentially pinch one at USC.

“Both players are coming off strong Round 7 performances. Geva bounced back in a big way last week against the Vixens and Peace had a massive impact on the game coming off the bench.”

“It’s a match-up between two of the best players at their position in the world. Peace is so strong under the post but Geva is just so relentless on the shooters.” 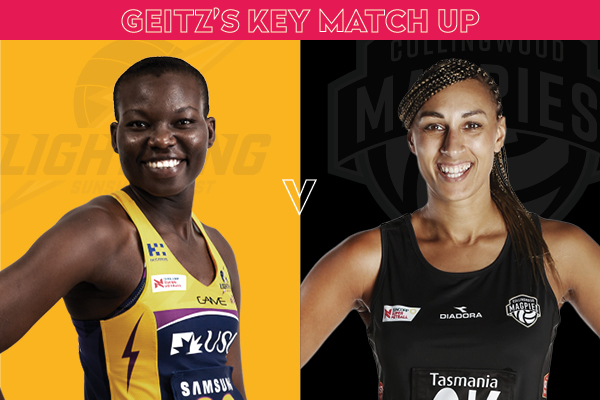 In Round 1, the Thunderbirds famously snapped their 27-game losing streak against the Fever.

It was a horror start to season for West Coast, losing the game as well as their star shooter Jhaniele Fowler and captain Courtney Bruce to injury. And they’ve never truly recovered.

Both teams’ form has been spotty in the past month, with the Fever having an incredible three draws in the past four weeks while Adelaide have just managed the one win.

Both teams have plenty of talent all over the court, but one match-up stands out from the rest – The ultra athletic Shamera Sterling up against the goal scoring machine Jhaniele Fowler.

“A bit of Jamaican flavour in this one and these two ladies will know each others way of playing really well.” 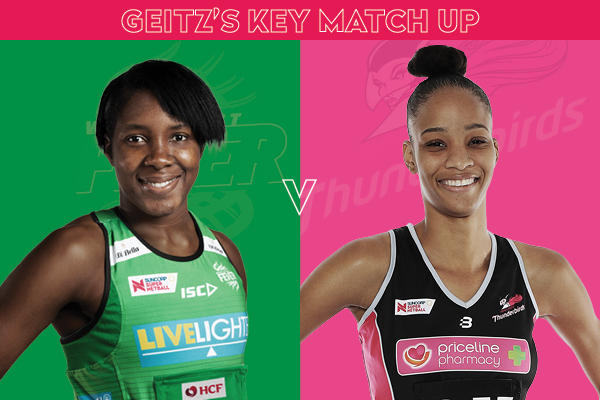 It will be a very different Firebirds team that hosts the Vixens in Round 8 than the one that traveled to Melbourne seven weeks ago.

Injuries have ravaged the winless Firebirds so far this season with key players missing large chunks of time all over the court.

On the other hand, the Vixens have looked like premiership favourites one game then struggled next and will be desperate to find some consistency before the break.

The one constant for the Firebirds has been Gretel Tippett, who is putting together one of her best ever seasons. She’ll be up against one of the best defenders in the league in Jo Weston, the match-up Geitzy believes could dictate the result.

“These two always have a great battle against each other and whoever comes out on top of this match-up generally comes away with the win.”

“Jo plays a really tight marking game and generally plays a good game on Grets, who was thrown a bit last week with so many changes at shooter. Hopefully she’s feeling more comfortable after a week of practice with Lenize (Potgieter).” 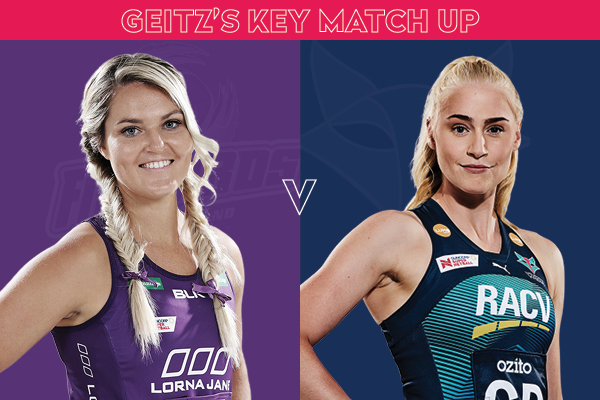 Since beating the GIANTS in Round 1, the Swifts haven’t looked back, winning six of seven and sitting a game clear on top of the ladder.

The GIANTS have been up and down all season long, looking every bit the star-studded lineup they are one game and disjointed the next.

The Swifts will be without their inspirational leader Maddy Proud who suffered a ruptured anterior cruciate ligament in her right knee late in their Round 7 match against the Firebirds.

But much of the Swifts success this season has stemmed from their impressive defence, led by the newest Australian Diamonds team member Sarah Klau. Her battle against Caitlin Bassett is Laura’s key match-up of the game.

“This was the key match-up for the first Sydney derby but so much has changed since then. CBass is back to near her best and Sarah is heading to Liverpool as part of the Diamonds team.”

“Klau is flying at the moment and has been named MVP for the last two rounds and she really outplayed Cbass in that first game. I think it will be a far more even match-up this time around.” 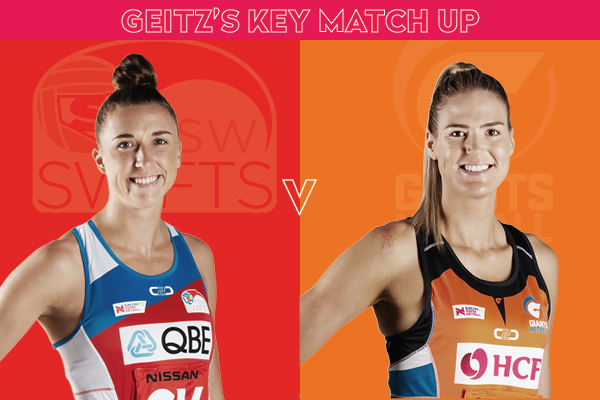