Giants Netball close to within striking distance of the top spot with another eight-point win, this time blitzing the Adelaide Thunderbirds 63-44 at AIS Arena in Canberra.

The Thunderbirds came into the match following the mid-week announcement that their coach Dan Ryan will not be retained beyond season’s end, giving them an extra incentive to find a win for their outgoing mentor. 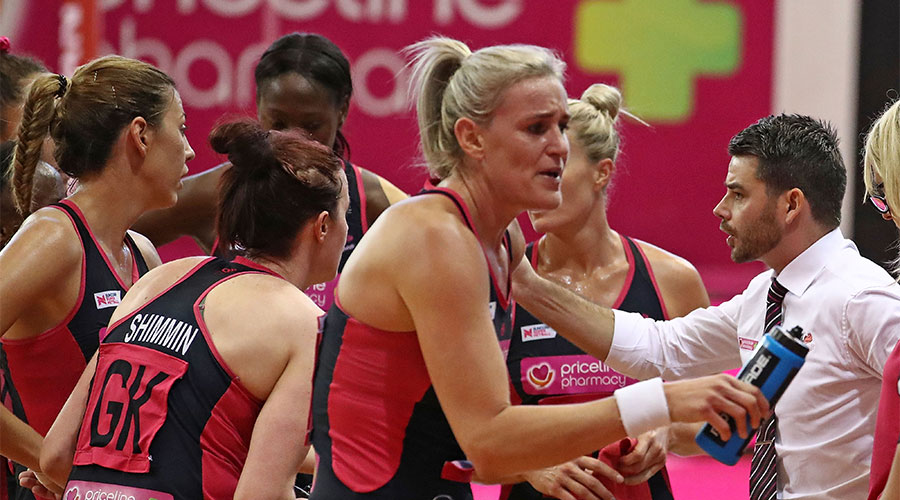 Meanwhile, the Giants also lost their captain Kim Green to a calf injury during the week and the creative mid-courter was rested for this encounter as a precautionary measure.

Those factors never really played a role though, as the Giants easily breezed past a gallant but well-beaten Thunderbirds for their sixth win of the season.

There was an array of injuries throughout the match with Giants players Sam Poolman and Serena Guthrie sidelined, the latter with a nasty head injury, and the Nissan MVP Jo Harten coming off late in the game with cramp.

Giants came into the match as heavy favourites, but the winless Thunderbirds kept them honest through the entire first quarter, playing a fearless brand of netball and willing to push passes when opportunities arose.

Poolman was forced from the court midway through the quarter through the blood rule after colliding with teammate Bec Bulley, robbing the Giants of their first-choice goalkeeper for a spell.

In her absence, the Thunderbirds scored three of the last four goals of the quarter, but that didn’t stop the Giants ultimately winning the term 13-11. 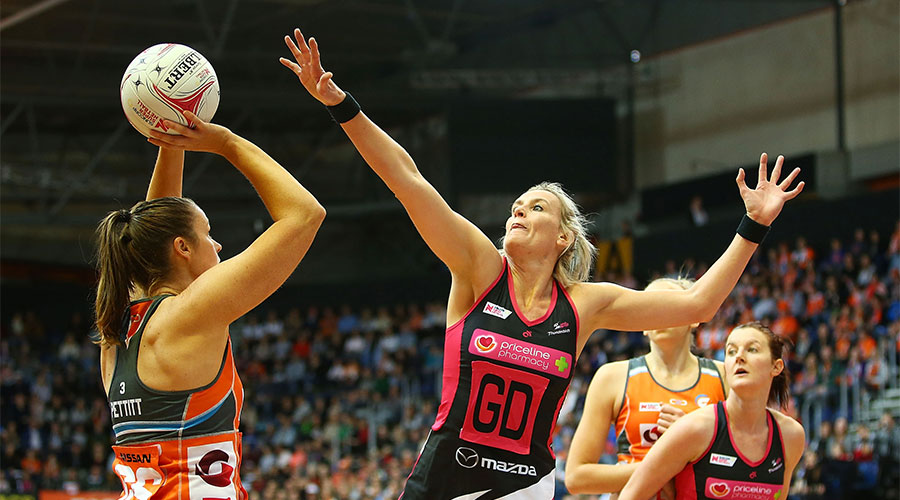 There was another heavy head knock in the second quarter, with Charlee Hodges and Guthrie colliding. Hodges, who has already missed a match this year through concussion, played on. Guthrie initially did as well, despite looking wobbly on her feet, before ultimately being subbed for assessment shortly after.

Giants needed a run and seized on some loose Adelaide ball to go on a 5-1 run midway through the quarter, opening their lead up to nine goals.

The Thunderbirds were restricted to just nine goals in the second term, forcing a change with Sasha Glasgow brought in for Hodges at goal attack as the Giants took a 31-20 lead into halftime.

A four-goal run in the third quarter saw the Giants poised to streak even further clear, but the Thunderbirds found plenty of fight to graft their way back into the term.

Giants won the quarter 17-14 for a 48-34 overall lead, but the Thunderbirds were playing better than that score line suggested.

The margin was too big to reel in though, and GIANTS remained in command of the final quarter and went on to win the match comfortably.