They won two tough away finals to get to the big dance and finished the job off by turning the Fever over 62-59 – in a game that will live long in the memory. 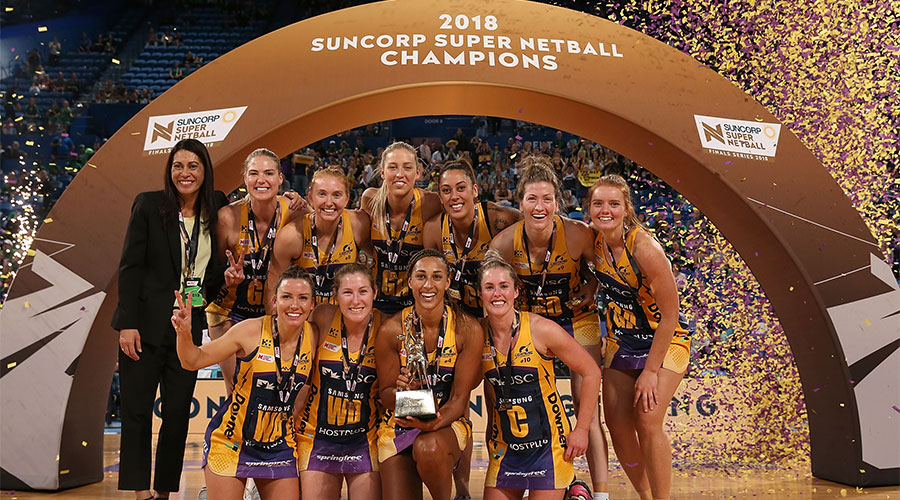 After losing the first three games of the season, the Lightning only sealed their place in the finals in the last regular season round of the competition.

Then they had to travel away to beat Queensland Firebirds and the Giants Netball in pursuit to retain their title.

Faced with an Australian national league record crowd of 13,722 at Perth Arena – most of them wearing Fever green – disaster struck, with goal attack and Samsung Diamond Steph Wood going down with a rib injury in the first quarter.

But she was strapped up and returned soon afterwards, typifying the guts of this Lightning side. 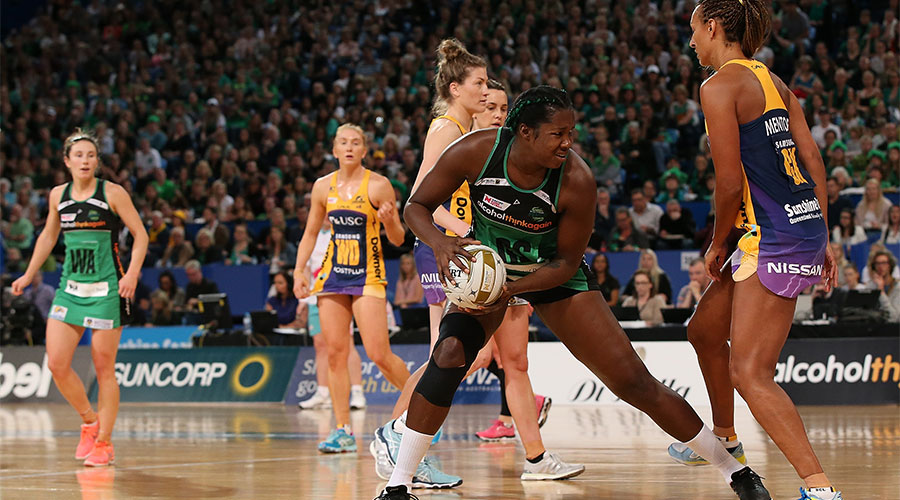 Fever were as strong as always, goal shooter Jhaniele Fowler potted 53 goals from 55 attempts, Nat Medhurst bagged six goals and 18 assists, while captain Courtney Bruce was a thorn in the Lightning’s side all match.

But the Lightning won all the moments that mattered, with defenders Karla Pretorius and Geva Mentor being outstanding in the back court.

And Caitlin Bassett was exceptional in the goal circle, shooting 45/50 goals, working in tandem with Wood all match, to secure Nissan MVP honours. 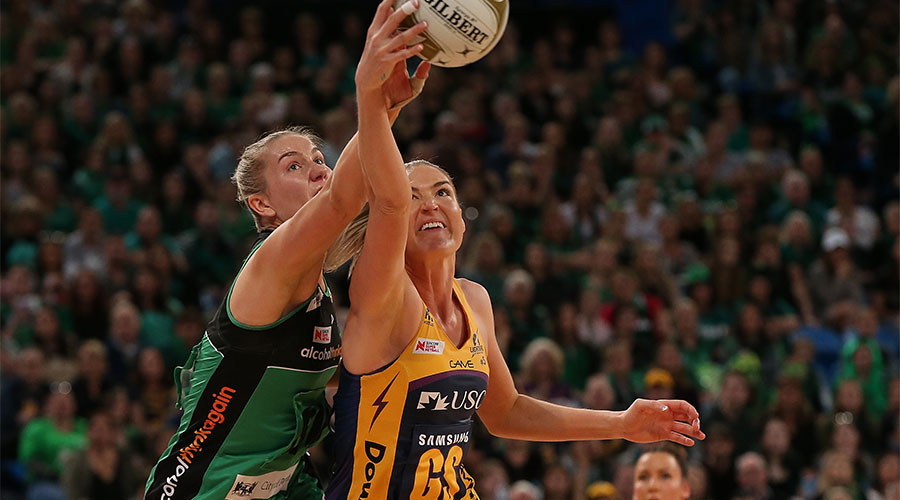 The Moments That Mattered 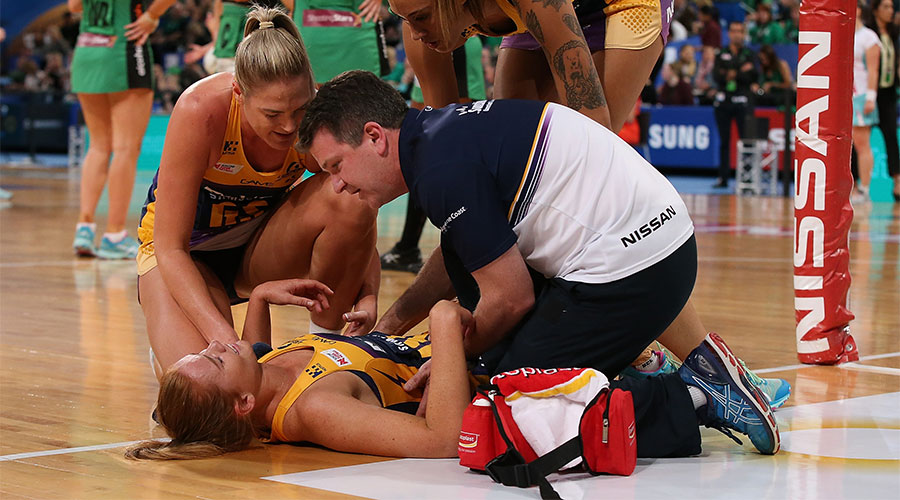 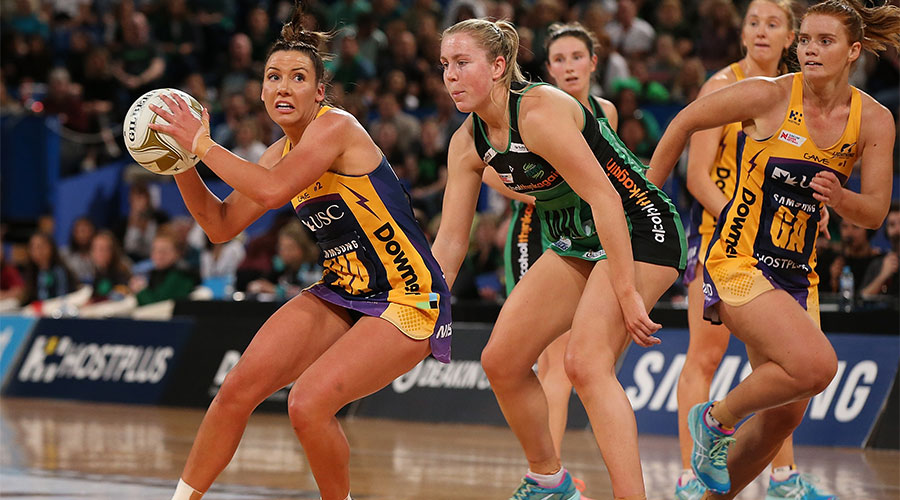 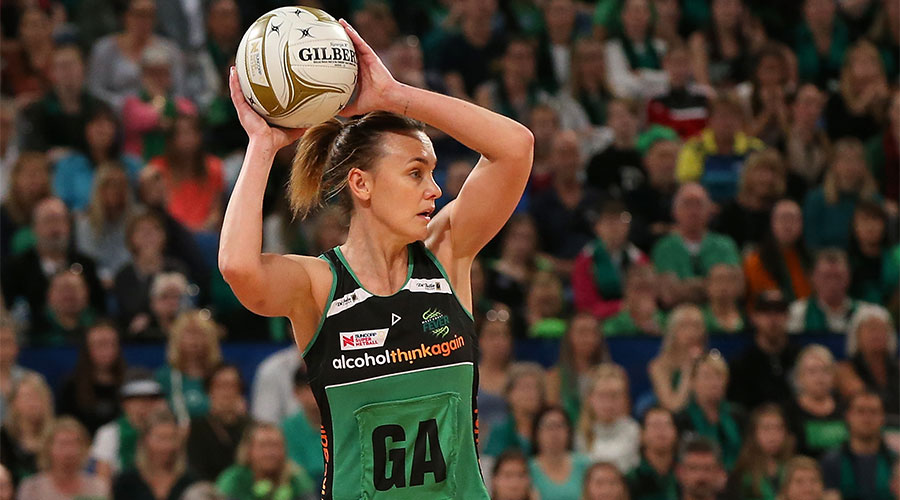 Steph Wood showed how tough she is at halftime, talking about her suspected rib damage and her return to the court.

“There is a little bit of pain there, but it’s a grand final. You don’t want to sit out this occasion,” she said. 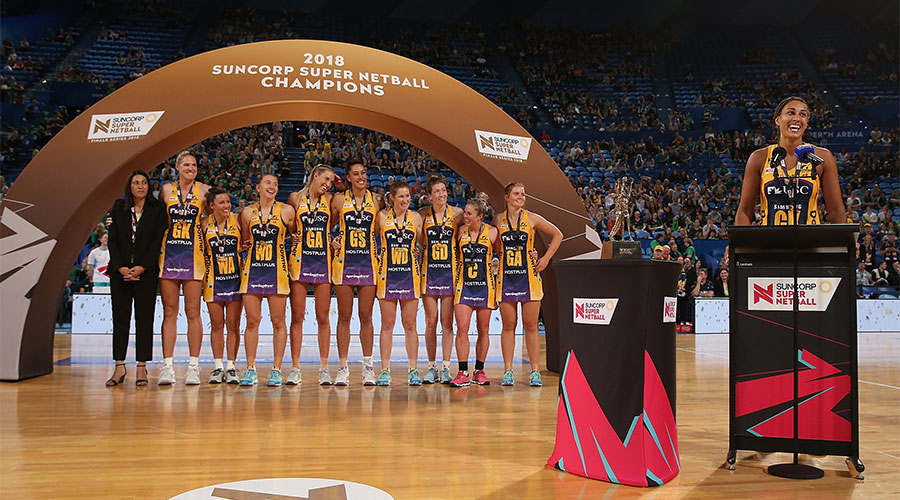 Geva Mentor said, “I am absolutely flabbergasted, I can’t believe what we just managed to achieve this season, all the way through.

“It was just so tough and there wasn’t much in that circle that we could pull the ball in for.

“I don’t know if I did an awful lot back there, but I am just so happy for the girls that are in front of me.

Kelsey Browne said, “I think over the last four weeks, it has been are we going to be there or not?

“To be here, to make the trip to Perth, to play in front of this crowd – it’s a big feat.

“And to come home with the win? Everyone is feeling really elated.”

Courtney Bruce said, “Obviously not the outcome that we wanted, but I am proud of this bunch of girls behind me that got us to this point.

“To dominate the season like we did, it gave us so much confidence and belief.

“I can bet my bottom dollar that we will be back next year with a huge vengeance.” 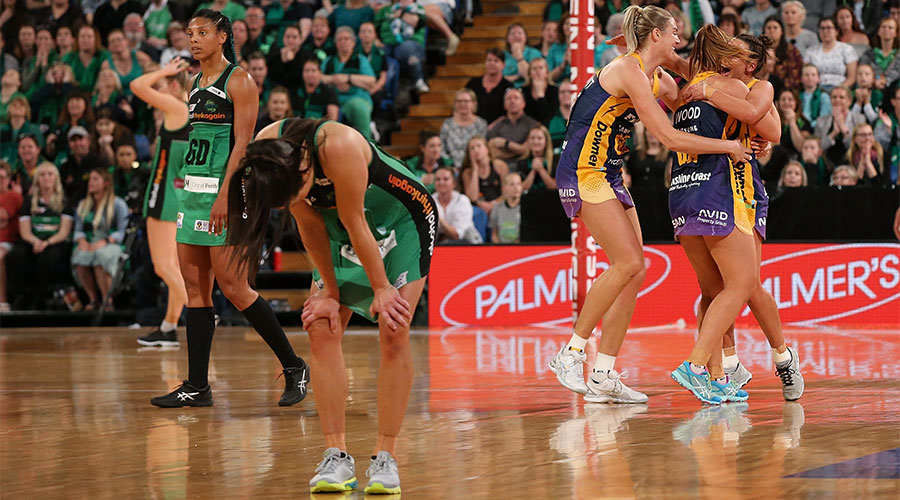