With just five rounds of Suncorp Super Netball to go before the Finals begin, the fight is on for the top four spots. See what the seven teams still in the race require to play finals.

As the players return from their Netball World Cup breaks, they will know they have a big job ahead of them in the final five rounds of the Suncorp Super Netball season.

Seven of the eight teams can still mathematically finish the season in the top four and compete for a shot at the premiership.

Let’s crunch the numbers and see what those seven need to happen if they want to play finals.

This one is balanced on a knife’s edge and Adelaide fans know that a lot of things have to go right for them if they are going to have any chance of playing finals.

Sitting 15-premiership points behind the fourth placed Magpies, the equation is pretty simple – win all four remaining games and take as many of the 16-bonus points on offer as they can.

They’ll need some luck in the form of some bad GIANTS, Fever and Magpies form and they’ll have an opportunity to contribute to that, with matches against the Magpies and GIANTS in rounds 11 and 13. 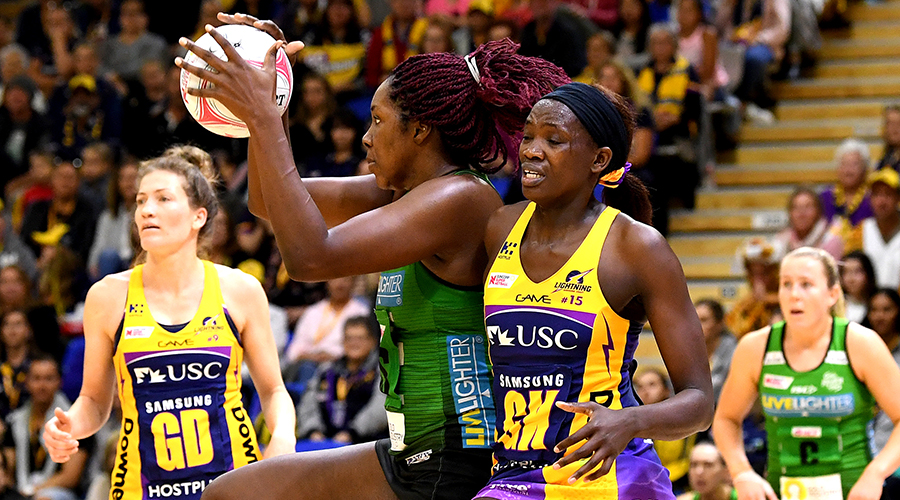 If they don’t end up pulling off an unlikely but achievable finals birth, the West Coast Fever will look at the 2019 as the one that slipped away.

An incredible three heartbreaking draws has stalled the Fever’s season, but there’s still a slim chance they can mount another finals campaign.

The Fever sit just nine points behind the fourth place Magpies and will have a chance to make up ground on Collingwood when they play in Round 12.

But it’s going to take their best netball to pull this one off with four of their last five matches against opposition sitting higher on the ladder.

Despite boasting a team of superstar players including Caitlin Bassett, Kim Green, Jo Harten and Jamie-Lee Price, the GIANTS have struggled to get into a rhythm so far this season and will have to find it quick if they want to jump the Magpies who are ahead of them by just three points.

They will have an opportunity to do just that in Round 10 when they travel to Melbourne to take on Collingwood at Melbourne Arena as part of a massive double-header.

They’ll back themselves in against the Firebirds, Thunderbirds and Fever but no game in the final month is a given, as West Coast and Adelaide will still be pushing hard to secure their own place in the finals and the Firebirds will be keen to finish a disappointing season strong.

Fourth place is the Magpies to lose as we come into the pointy end of the season and, with a round 13 clash with the Swifts and a final round battle with the third place Vixens still to come, there’s a slim chance the Magpies could climb higher.

But the most important thing for Collingwood is to secure a finals birth, and they can go a long way towards locking that up with a Round 10 win over the GIANTS, who are just three points behind the Magpies in fifth.

It will be a tough run home for the Magpies who will be playing with a target on their back against teams desperate to knock them out. Can they handle the pressure?

Despite a 14-point gap between them and the fourth place Magpies, the pressure is still on the Vixens, who can still push as high as first – or even drop out of the finals all together.

It’s a tough run home for the Vixens who will take on all three of the current top four before the regular season is through, but they’ll be thrilled to see that four of the final four matches will be played in the friendly confines of Melbourne Arena.

Wins over Adelaide and the Fever will secure a finals spot and massive wins against the Swifts, Lightning and Magpies would see the top four reeling coming in to September.

Despite huge changes to her team in the off-season, coach Noeline Taurua has her Lightning just seven-points behind the league leading Swifts with five rounds to go.

The Lightning have all but wrapped up a third consecutive finals appearance and a win over the Firebirds in Round 10 would put that to bed.

There are some massive match-up for the two-time premiers before the season finishes, including a top of ladder clash with the Swifts, a date with the desperate GIANTS and a trip to Melbourne to take on the pesky Vixens.

After missing out on the finals the first two seasons of the Suncorp Super Netball, the NSW Swifts are seven-points clear on top of the ladder and will play netball in September.

Head Coach Briony Akle and her team have been incredible, but there is still some work to do to lock up a home game in the first week and a chance to host the Grand Final.

Three matches in row against the current top four will be the biggest test for the Swifts, but if they can get through that unscathed the Swifts will go into the finals the unquestioned favourites to win it all.