To celebrate our first mini-match, the 2019 Grand Final between the NSW Swifts and Sunshine Coast Lightning, we spoke with Lightning midcourter Maddy McAuliffe.

If you put your ear to the door of the losing side’s locker room minutes after being defeated in the Grand Final, what do you think you might hear? A rousing speech from a team leader? Tables and chairs being tossed around by a disgruntled defender? Maybe a screaming match between two frustrated teammates?

In the case of the 2019 Sunshine Coast Lightning, what you would have heard was a room full of athletes, coaches and support staff singing The Circle of Life at the top of their lungs.

It’s hard to believe that it’s been almost eight months since the NSW Swifts defeated the Sunshine Coast Lightning in the 2019 Grand Final at the Brisbane Entertainment Centre.

That almost eight-month absence of Suncorp Super Netball was set to come to an end today, when the two teams would face off at the brand-new Ken Rosewall Arena in Sydney to open the 2020 season.

Of course, due to the COVID-19 crisis, that is not happening.

Instead, we decided to celebrate last season’s finale with a condensed version of the match and to speak with Lightning midcourter Maddy McAuliffe about her team’s perspective of the day. 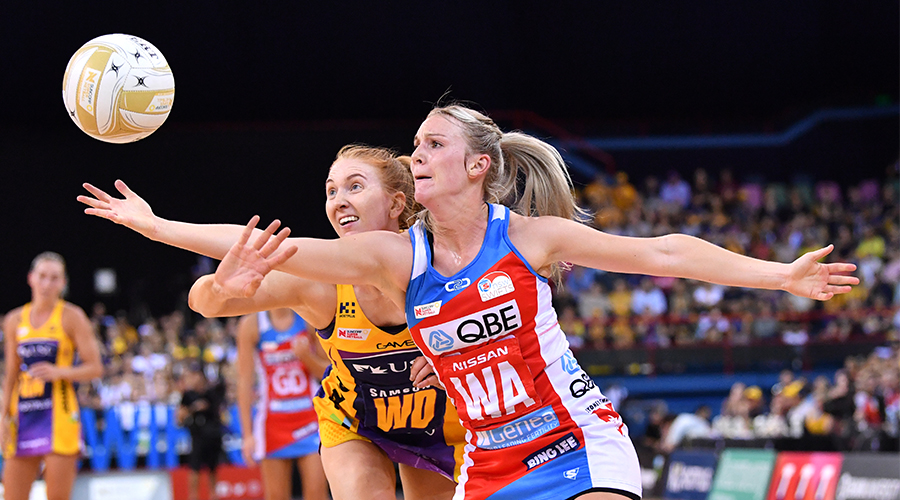 We started off by asking McAuliffe whether she had watched a replay of the game yet.

“Absolutely not! Why would I want to relive that game ever again?”

“It has taken some effort to avoid it, because there are always snippets on social media, but I've done quite well.”

“In all seriousness, initially it was too raw to watch because the loss was obviously a huge disappointment.”

McAuliffe’s answer was only to be expected, considering the lead up to the season’s biggest match and the way it played out on the day.

From the outside, everything seemed to be going right for the back-to-back premiers going into the Grand Final.

They had finished the season on top of the ladder. Noeline Taurua, who had led the club since its inception in 2017, was set to celebrate her final match as Head Coach. They hadn’t lost a game since June. And they had beaten the Swifts all three times in 2019, including the major semi-final two weeks prior.

But, as the big game loomed, the Lightning were trying their best to lock out the noise and enjoy the moment.

“I think externally there was a lot of talk about a number of factors going into the Grand Final - Noeline's last game and our record against Swifts in 2019.”

“However, internally it didn't feel that way at all.”

“Most of our discussions regarding how we had beat the Swifts in all three matches throughout the season focused on how we strategically approach our fourth game against them - do we try and do the same thing that has worked and count on the fact that they will play the same, or do we do something different that they won't expect and therefore haven't prepared for?”

“We didn't want to get ourselves into a situation where we were ten goals behind because we knew that we had used all our 'get out of jail free' cards against them... and boy were we right!”

The game did not get off to the start the minor premiers would have liked, as eventual MVP of the match Sam Wallace scored three straight goals in the first 90-seconds.

The Swifts controlled the momentum right away, a theme that would continue throughout the game – NSW were able to score multiple unanswered goals 14 times, something the Lightning could only manage eight times.

When the Lightning headed for the changerooms at halftime trailing by eight goals, the biggest halftime deficit they had faced all year, the focus of the team was to keep calm and to embrace the challenge.

“Our half time breaks usually begin with an address from Noels and Kylee (Byrne) and then we split in to attack and defence to chat before coming back together to share our thoughts.”

“Being behind in games isn't new for us so there wasn't any panic around that, in fact we generally enjoy chasing down the lead.”

That chase could not have gotten off to a worse start, as the Swifts scored five of the first eight goals to start the third, extending their lead to ten goals and ripping the match away from the Lightning.

They would go on to outscore the Sunshine Coast by nine goals in the second half, dictating the terms of the match to the reigning champs on their way to locking up Grand Final number four for the franchise. 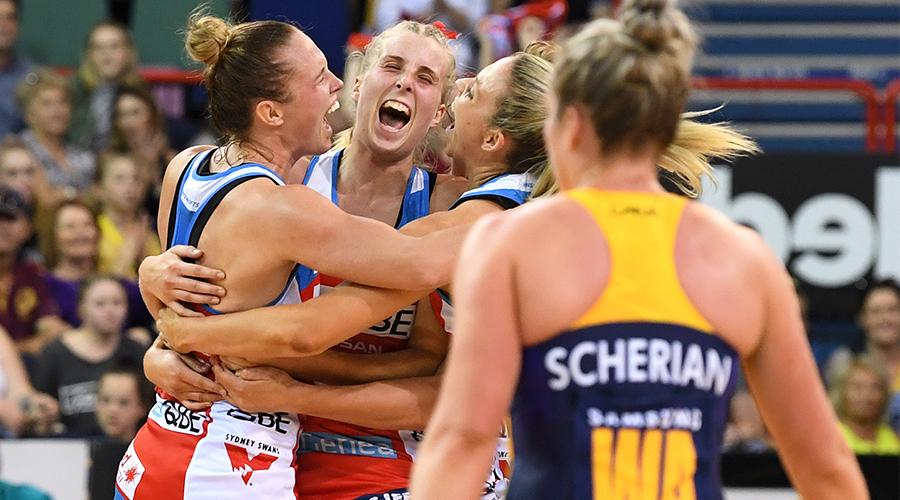 “I think the real moment for me was when we were down at the end of the third quarter. It didn't feel like we were going to come back, whereas in other games where we had come back, we could feel something building, we knew it was all about to come together - this game certainly did not feel like that.”

“I feel like the Swifts did a great job of controlling the momentum of the game. I think there were lots of moments where we didn't feel like we were playing our usual style of play, but credit to the Swifts because they put us in that situation.”

After watching the trophy presentation and seeking out their family and friends in the stands, the Sunshine Coast players headed for the locker rooms to reflect on the end of a match, a season and an era.

“I was obviously gutted after the loss but our team, and particularly Noels, has always had a healthy perspective about netball and life.”

“I remember getting a photo with all my friends and family after the game and you would honestly think from looking at it that we won. It was just a moment where I was reminded that the games we've won and the ones we have lost have always been surrounded by amazing supporters.

“We went to the changerooms after that and I think everyone was just disappointed that we had finished our three-year journey together like that. We had a lot of core foundation members who had been there from day one who were leaving. Not just Noels but members of our commercial and high-performance team as well.”

“There was a moment though where I think everyone made a decision to celebrate the three-years as a whole and not just focus on this one game. We put on The Circle of Life, which has been a song we have played before every training and team meeting since the beginning and we stood in a circle, linked together, and sang at the top of our lungs and cried.”

“I think we all realised something really special was coming to an end and a new chapter was beginning.”

For the first time since the competition’s inaugural year, we will enter a season where the Sunshine Coast Lightning aren’t the reigning champs. How will that different mindset affect the players?

“I don't think it will be any different really. We always scrap the prior season the morning after the Grand Final. I remember the day after the final in Perth in 2018, Noels and Kylee were already talking about 2019.”

Perhaps the most intriguing part of this new chapter will be the absence of Noeline Taurua. Luckily, new Head Coach Kylee Byrne has more than 15 years of elite netball coaching experience, three of which have been spent at the Lightning as the Assistant Coach.

“I think Noels and Kylee were a phenomenal coaching team and it will be different with the new coaching dynamic with Kylee as Head Coach and Chris as our Assistant Coach.

“I think both Noels and Kylee have a very strategic approach to the game, so I think there will be a lot of elements that are similar. You'll have to wait and see :)”