As the dust settles on the Vixens big win, we wrap up all the highs and lows of one of the most unforgettable Grand Finals in recent history.

What a way to finish a season that, for better or worse, no one will ever forget.

60 games played in 79 days by eight teams, six of which left their home and family almost three months ago and relocated to the Queensland hub, who have given their all to make this improbable season happen.

And it was all capped off in the most spectacular way possible yesterday, with the Melbourne Vixens outlasting a brave West Coast Fever in one of the most thrilling Grand Finals in recent history.

It was a season finale that had it all; Individual shows of brilliance, dramatic momentum shifts, game changing moments, heartbreak, and euphoria.

So where was the game won and lost? Who stepped up and who stumbled? What will be remembered and what would many like to forget? Let’s take a closer look at what was the 2020 Grand Final. 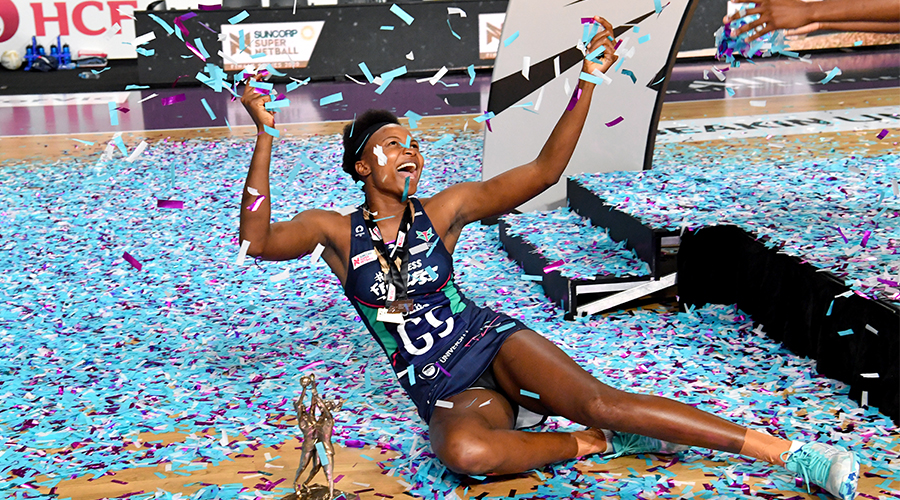 Let’s start off with the best player on the court for the match, Mwai Kumwenda.

While Jo Weston and Emily Mannix’s second half performances were impressive and Liz Watson’s 38 goal assists from 57 feeds are both new Super Netball Grand Final records, Kumwenda’s 47 point performance at goal shooter was what defined the game.

Coming into the match, we predicted that Jhaniele Fowler was going to score her obligatory 50+ points for the match, so the key matchup would be between Kumwenda and Courtney Bruce.

If Bruce could nullify Kumwenda and force plenty of turnovers, the Fever’s scoring ability would prove to be too much for the Vixens to keep up with. Given the incredible season Kumwenda has had, it was a big if.

From the start, the big Malawian was on and she dominated the matchup for much of the game. And it wasn’t just her scoring that highlighted this unforgettable performance, it was her strong let-off-valve takes, her defensive pressure when the Fever were trying to get out of their own end and her enthusiasm that seemed to lift her teammates to another level.

If you weren’t sporting a smile that reached from one lobe to the other when she received the Nissan Player of the Match award, then you must have tuned in late… or you’re a Fever fan.

What a moment for her, for netball in Malawi and for her team.

With five minutes remaining in the game, Fowler scored her 54th point and gave her Fever a crucial two-point lead.

The game was theirs to win, they just had to keep doing what they had been doing all afternoon; stay calm, don’t turn the ball over and keep scoring.

A minute later, Kumwenda picks off a Stacey Francis pass which starts a run of four unanswered Vixens points, essentially sealing the game.

And it was always going to be the way in a game with two incredibly efficient teams going head-to-head. Turnovers were going to be hard to come by and the team who played the cleanest netball would come away with the win.

And to prove that theory right, the Vixens won the turnover battle for the match, just. They had ten general play turnovers and the Fever had eleven.

Side note - 21 total turnovers in the highest-pressure match of the season? Now that was something to behold.

There is no better way for an athlete to go out than on top, which exactly what happened yesterday with to legends of the game in Caitlin Thwaites and Tegan Philip.

The look on the face of Thwaites when her two-point shot in the dying moments of the game bounced a foot in the air off the ring only to come down and go in, said everything you need to know about one of the most beloved athletes in the history of the sport.

It was pure joy.

Two and a half minutes to go in the Grand Final, her team now up by just two points and she was beaming. Thwaites will be remembered as someone who always played the game in the right way.

While Philip didn’t play as big a role in the match as Thwaites, her contribution to this club will never be forgotten. Eleven season, one club, two premierships.

I think Fever Captain Courtney Bruce said it best in her post game speech; Caitlin Thwaites and Tegan Philip are champions of the sport and leave netball in a better place than where they found it.