Five seasons ago, an orange army emerged to rewrite the narrative of Australia’s national netball league. Several team rotations later, there’s no denying the evolution of the big, big sound that is GIANTS Netball.

2021 was a defining year for the GIANTS. The road to a minor premiership and runners-up title came with the abrupt loss of key goaler Kiera Austin, a Kristina Manu’a shaped hole in defence and quarantine debacles across the country.

Regardless, a headstrong group of youth and experience gave GIANTS fans something to cheer for week in and week out.

In a true moment of 2021 reflection, GIANTS reaped the rewards at the Australian Netball Awards last week with three Team of the Year selections in Maddie Hay, Jamie-Lee Price and Jo Harten, and a stand-out Rising Star win for Sophie Dwyer.

While many see this success as newfound, the reality is the GIANTS have been in constant progression since stepping on the scene in 2017.

For founding member and inaugural GIANTS captain, Kim Green, the club is all it is because of one unwavering constant – Julie Fitzgerald.

“She is the GIANTS,” Green said.

“I don’t think she picks players on how they’re going to bring something to the court; she really builds her team on good people first,

“A lot of teams say that, but she actually does.”

As a young face in the New South Wales netball pathway, Green’s start in elite netball can be pinpointed by Fitzgerald.

“Julie gave me my first opportunity at the Sydney Swifts originally, when I was 15 turning 16 at the time,” she said.

“I was a super youngster but given this confidence that she had my back.”

This confidence saw Green surge within the ANZ Championship league from 2008 onwards with the Swifts, before making a name at the national level as an Australian Diamond in 2011.

Fitzgerald’s move from the Swifts at the end of 2011 to New Zealand saw new coaching styles come across to the Swifts, with the likes of Lisa Beehag and Rob Wright stepping into the head coaching role.

“You go through different coaches throughout your career and, as a player, security is such a huge part of the puzzle in being able to do your job well,” Green said.

“I really enjoyed my time at the Swifts, but when I got a call from Julie saying there was an opportunity at the ‘other team’, I had gone to two grand finals, lost both in extra time,

“It felt like we did have a team that could have won, but something just wasn’t there to lift us.

“I felt like I’d done everything I could as a leader and a player in that space and was just ready for something new.” 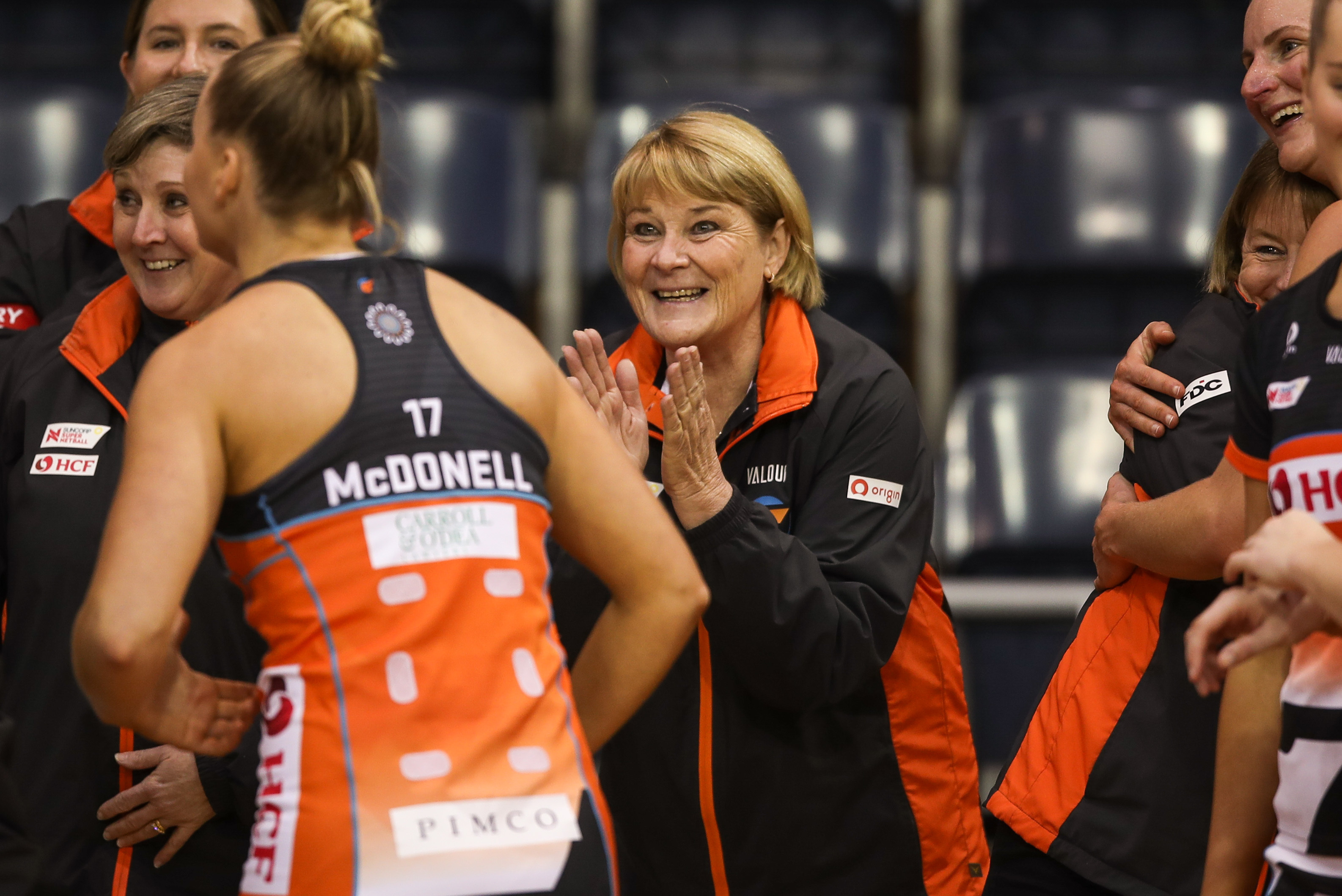 Julie Fitzgerald at the time was not classed as new, however the prospects of a new club undoubtedly were.

“GIANTS provided that for me – a fresh start, a whole new look, brand new eyes.

“99.99% of people speak very highly of Julie, what she does and the culture she brings, and that’s why I followed her.”

Since the first discussions of a second New South Wales team were tabled in 2015, the vision of the club’s purpose was clear – to bring more elite netball to the New South Wales state.

While the Swifts were going down the path of onboarding inter-state talent such as Sharni Layton, Julie Corletto, Laura Langman and Caitlin Thwaites, the GIANTS set their primary focus on the talent right on their doorstep.

Green knew when she signed on with the club that Fitzgerald, from the get-go, wanted homegrown players.

“That was her mantra - building a New South Wales team,” she said.

“Julie said we’ve been such a strong rank for such a long time that we need to continue to keep looking at those inside players.

“You even see it now with the players that she’s bringing in and the training partners this season.”

In 2017, Kiera Austin, Maddie Hay, Teigan O’Shannassy and Amy Parmenter were training partners with the GIANTS. All have since had playing contracts offered with the club and beyond.

Having guided so much of the young local talent synonymous with the GIANTS name today, Green said it is a proud feeling to see her former teammates be recognised for the tireless work that goes into a sporting career.

“For these youngsters coming through, they’ve essentially seen what it takes to get on the court,” Green explained.

“You look at Maddie Hay and Amy Parmenter who had to grind to get into a team. They took on training partners for several years to try and get in with the Swifts or GIANTS when they came along.

“I remember once getting a call from Maddie on the side of a highway because she said she just wasn’t sure if she could continue. She was in all the development programs but, as an older athlete with young players around, she started to not know if she’d get the opportunity.

“She needed a break to really ask if it was the pathway for her, then started grinding again and completely changed her position to wing attack which is very hard to do.” 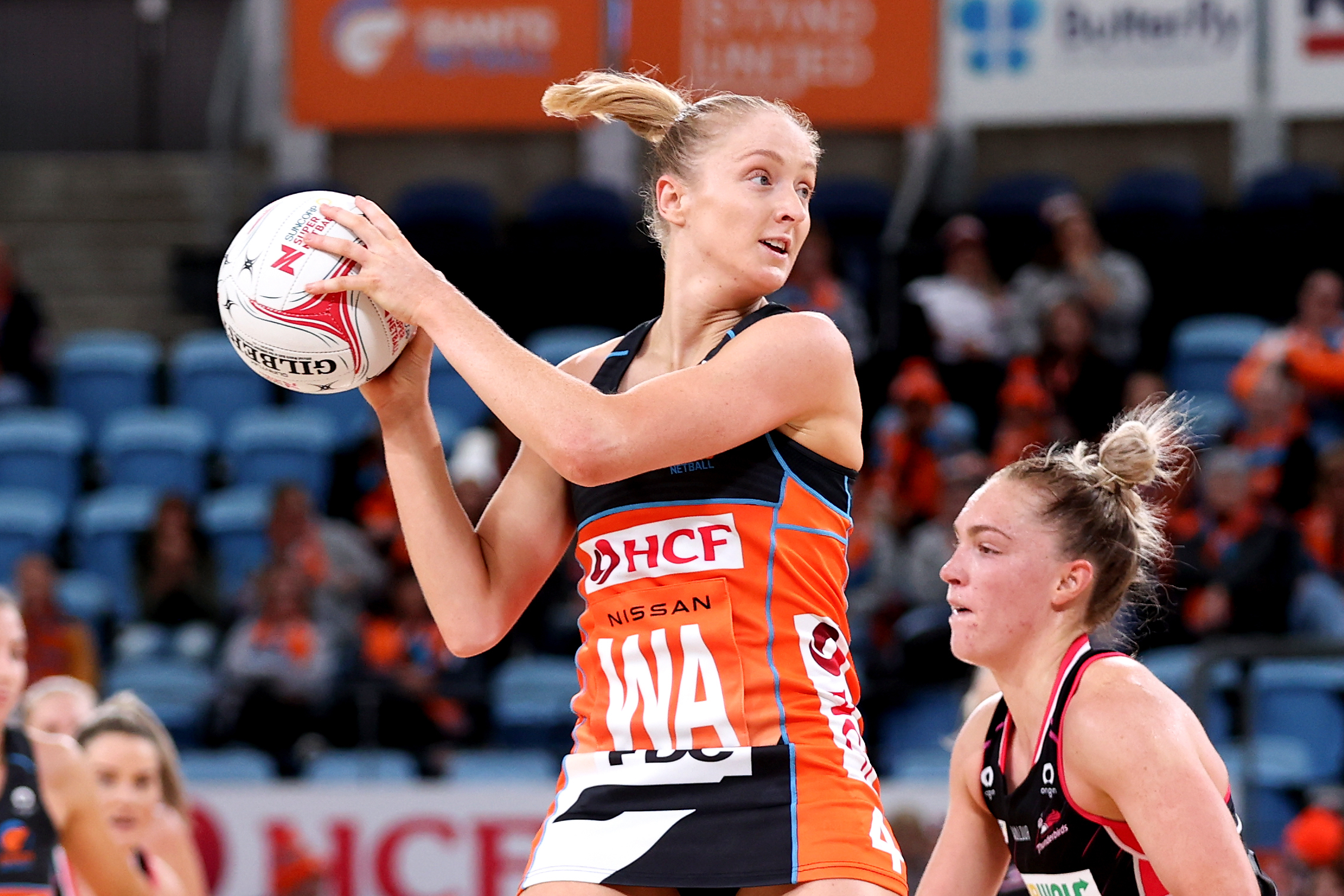 As a Team of the Year recipient, netball fans would be sighing in relief at Hay’s decision to persevere through pressure. Dubbed the ‘silent assassin’, the middy topped the pack for centre pass receives in the 2021 season with 346 and tallied 309 goal assists.

“As much as these accolades are perceived as simple to have achieved,” Green said, “the reality is it was years of grinding and tears and disappointment,

“They learn how you get into an elite team is not just to get a contract, it’s much bigger.”

If you look at the GIANTS of today, four have been called up as squad members to the Australian Diamonds. While individual drive plays a vital role to be chosen, it’s the respect of the game passed down from coaches that shapes national athletes.

As a former insider, now outsider looking back in at the club she farewelled and the coach who formed her, Green believes it’s Julie’s personal development of athletes’ identities that dictates the future of a GIANTS player.

“When it comes to two players, she’s looking for the one that goes ‘I will do everything I can to make sure this team will succeed’.”

The question is – how many more of our future Diamonds will be a product of the orange magic that is Julie Fitzgerald?