After what can only be described as a grueling and taxing season for many reasons, we have finally crowned our Champions for season 2021 — the NSW Swifts!

Netball fans were treated to an all-NSW Grand Final on Saturday, the first state derby to decide the Championship in Super Netball history.

The match wasn’t as tight as many were hoping for, as the four point final margin was not a true indicator of the Swifts’ total ascendancy over the GIANTS across all four quarters.

After spending a fair chunk of the season away from home, the Swifts were rewarded for their resilience and resolution during these tough times by claiming their second Championship in three years.

The GIANTS were brave all season but, despite securing the Minor Premiership for 2021, they fell short at the final hurdle in a heartbreaking manner.

This marks the second occasion the GIANTS have claimed the Minor Premiership but have failed to go on to win it all. However, with the exciting youth ingrained within the GIANTS’ makeup, this drought won’t last too much longer.

Regardless of the result, it was great to see netball played in front of a full house! 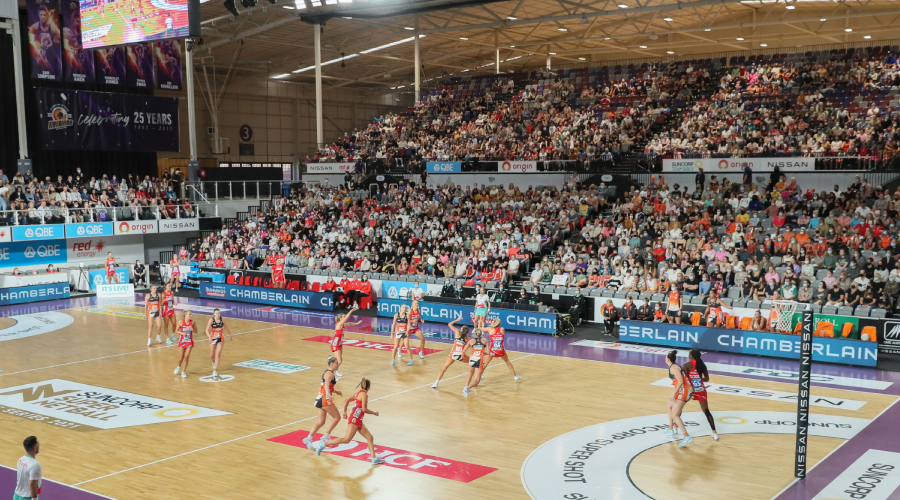 Starting well in a big final is critical. It sets the tone for your team early on and forces your opposition to play keep up for the remainder of the match. Well, the Swifts did exactly that.

Only three minutes into the opening quarter of the Grand Final, the GIANTS were forced to take a timeout after conceding the opening six goals of the game. Sam Wallace helped herself to all six of those goals, sending alarm bells through the GIANTS’ camp.

After being awarded the Player of the Match in the Preliminary Final last week for her job nullifying Jhaniele Fowler, it was looking like Sam Poolman was in for a tough afternoon.

The GIANTS looked out of sorts to begin the match, committing uncharacteristic turnovers that we don’t typically associate with this well drilled outfit. A held ball violation in the opening five seconds of the game to Sophie Dwyer, an offside call against Maddie Hay as well as an unforced turnover in their opening three centre passes was not the start the Minor Premiers were hoping for.

GIANTS coach Julie Fitzgerald made mention of her team’s nervous start to broadcasters.

“You talk about not being nervous and talk about getting a good start, but when you get out there it’s very, very different and I just hope they can settle and keep going.” 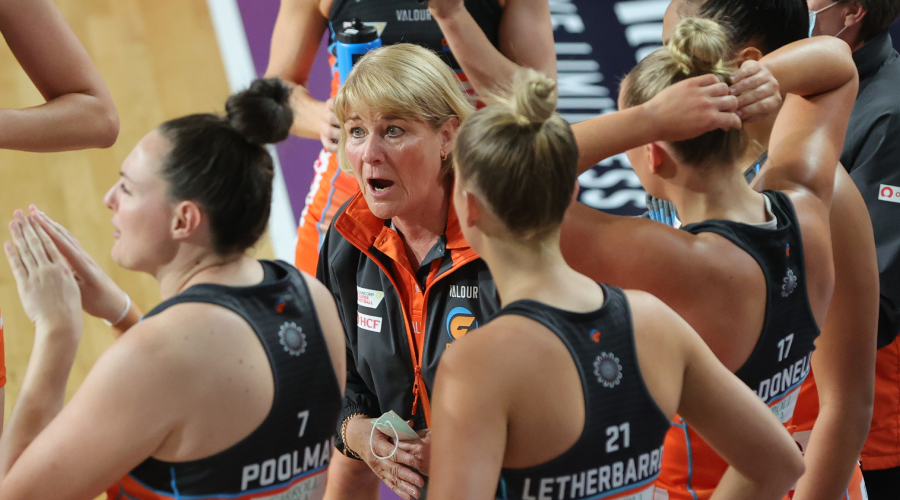 When playing in a Grand Final, any mistake (no matter how minor) can cost a team dearly. And the Swifts took full advantage of the GIANTS’ sloppy start by turning those errors into direct scoreboard pressure.

But just like any great team, you can never keep them out for too long. The GIANTS managed to find a way back into this game, mainly through a much more methodical and patient approach to goal where every possession was treated like their last.

A Sophie Dwyer Super Shot remarkably gave her team the lead at the 10-minute mark of the first quarter, but the Swifts, who were yet to drop an opening quarter in Super Netball finals history, made sure that record remained intact, taking a two point lead into the first break.

The second quarter saw the intensity and efficiency lift dramatically, with both teams playing at their absolute best. All major KPI’s were fairly identical across the board, resulting in a tightly contested quarter with neither team able to break away.

A Super Shot to Wallace on the eve of the main break gave her side a handy four point buffer leading into the second half. 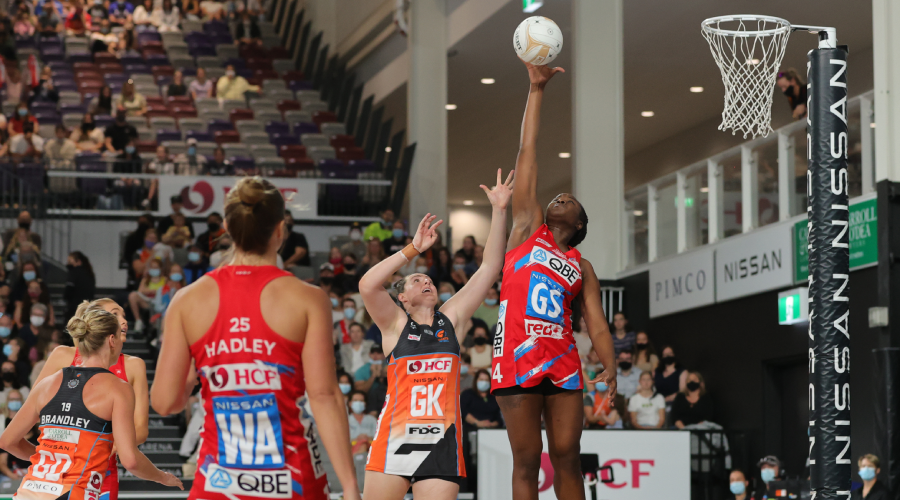 Despite leading on the scoreboard, the Swifts went to their bench and implemented eight substitutions in the second quarter. Coach Briony Akle mentioned that, “All players on our bench have something to offer and it keeps the opposition guessing.”

It’s rare to see a team in control of a match make so many adjustments mid game, but the tactics to keep the GIANTS on their toes certainly worked in the Swifts’ favour.

The move to throw Nat Haythornthwaite the WA bib was a master stroke, as it allowed the Swifts to mix up their forward advances as well as keeping fresh legs on Amy Parmenter who was beginning to have an impact on the play. Parmenter ended up giving away a game-high 15 penalties to close out proceedings.

Sam Poolman was replaced by Matilda McDonell at the start of the third quarter in an attempt to restrict Wallace’s impact on the game, but unfortunately for the GIANTS they weren’t able to curb the Swifts’ GS in the second half.

Wallace finished the Grand Final with 51 goals on 93% shooting accuracy and would have gone very close to winning the MVP accolades.

That honour went to GD Maddy Turner who not only recorded a game high five gains, but was also very effective in limiting her direct opponent Sophie Dwyer’s output on the match.

The moment might have got the better of the young GIANT, with Turner’s mix of speed, athleticism and toughness, along with her finals experience proving to be the difference in this matchup.

With the Swifts’ lead starting to become an issue, the GIANTS resorted to the Super Shot in a desperate attempt to get themselves back into the game. However, the ladies in orange missed five consecutive Super Shot’s to close out the third quarter.

The GIANTS attempted an incredible 14 Super Shots in the second half, but only managed to convert five of them. This was largely due to Sarah Klau’s effectiveness in her timing when defending Harten and Dwyer’s two-point attempts, who were evidently put off by the GK’s long frame and athleticism.

A commanding nine point lead to the Swifts heading into the final quarter was the biggest margin of the game and was ultimately too big of a mountain to climb for the GIANTS.

The Swifts did everything required in the final quarter to hold off their opponents; and despite three consecutive Super Shot’s from Harten to end proceedings, the Swifts claimed the 2021 Championship.

That's it! They've done it!

After winning the major Semi-Final, the Swifts were treated to a week off, while the GIANTS and Fever battled it out in the Preliminary Final. There was no doubt the Swifts had the fresh legs and it was evident in the final quarter that the GIANTS were out on their feet.

Interestingly the GIANTS had more gains than their opponents, but the Swifts were able to convert those gains into scores, finishing with a gain to goal rate of 70% compared to 36% of the GIANTS.

To their credit, the GIANTS never gave in and pushed the Swifts all the way to the final buzzer. But their inability to find a spark off the bench when it was desperately needed certainly played a factor in the result.

In the end, the Swifts had an answer to every GIANTS run and they were able to settle first when the heat was on in the opening quarter. The GIANTS were forced to play catch up all game and simply ran out of gas in the final quarter.

Captain Maddy Proud missed her team’s Grand Final victory in 2019, but played a pivotal role in Saturday’s match, recording 35 feeds and 19 goal assists to go along with her Grand Final medal.

The Swifts will be aiming to make it three Championships in four years and become the most successful team in Super Netball next year, where as the GIANTS will regroup and welcome back young superstar Kiera Austin next season.

Captain Jo Harten certainly has faith in her proud club.