The midway point of the season is upon us so it's prediction time as finals draw near. We predict the MVP, Team of the Year, Rising Star, Top Four, Champion, best recruit and coach of the year.

With seven rounds of netball in the rear-view mirror and the split round slowing things down, what better time to sit back and reflect on what we’ve seen and make some predictions for what’s to come?

I’m going to pick who I think is the front runner for the MVP, each position of the Team of the Year, the Rising Star, Coach of the Year, best recruit and run through my prediction for the top four and grand final.

This was a tough one, because we are seeing a lot of brilliant individual performances so far this season.

Jhaniele Fowler is on track to score over 800 points which should win her another scoring title, Courtney Bruce and Sarah Klau are dominating opposition shooters for the Fever and Swifts and Sam Wallace’s unbelievable shooting consistency has NSW looking dangerous.

But I’ve gone with Collingwood Magpies dynamo Kelsey Browne as my pick for the 2021 MVP.

Browne’s incredible opening half of the season has kind of flown under the radar as her Magpies struggled for consistency through the first seven rounds. But her influence on every game, as well as her stats, are undoubtedly building towards an MVP level year.

No one averages more goal assists per game than Browne’s 20.7, only GIANTS wing attack Maddie Hay racks up more feeds per game than her 32.3 and her 20.9 centre pass receives per game is the equal highest total alongside Laura Scherian.

While stats always factor into the MVP discussion, they certainly never tell the whole story of the eventual winner’s season. Her ever-strengthening connection with promising young shooter Shimona Nelson is key to the success of the club going forward, and it really seems like Browne has embraced that in 2021.

Coming off back-to-back injury riddled seasons, how great would it be to see Browne take home the MVP? And, if she continues her strong form through the remainder of the season, I don’t see why it couldn’t become a reality. 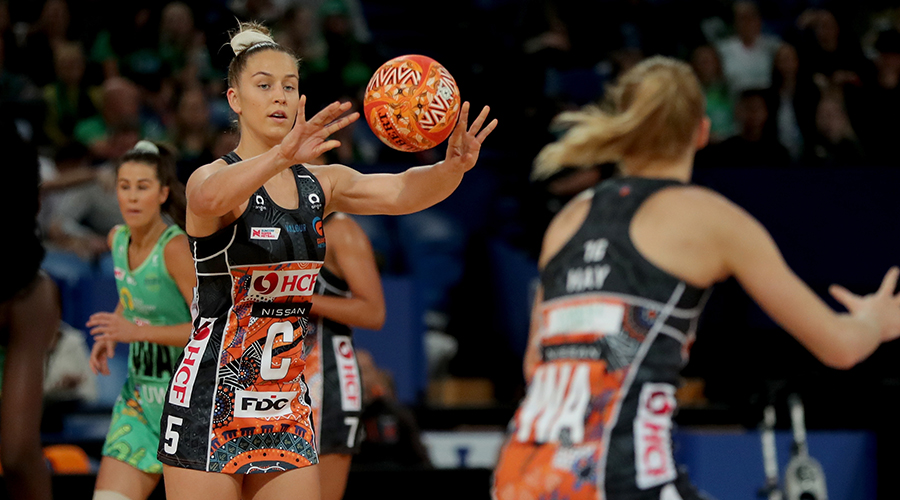 Team of the Year

My favourite part of sporting awards season is the Team of the Year. Predicting who will make it, picturing these athletes playing together and getting fired up about the snubs is always a lot of fun and I think my predicted team would tick all of those boxes.

Let’s start in attack, where I’ve gone Jhaniele Fowler at goal shooter and Gretel Bueta at goal attack with Sam Wallace as the bench attacker. Fowler and Wallace speak for themselves, but I think the GA race is tight.

I can’t tell you how close I was to putting Sophie Dwyer in the starting GA spot, but I think Bueta has been outstanding to start the season and beats out the young GIANT by a nose. Bueta is averaging just over 20 centre pass receives a game, has scored 154 total points (53 less than Dwyer), leads all shooters with 161 feeds and trails just Steph Wood and Sasha Glasgow with 89 goal assists as a shooter.

With the way Jamie-Lee Price, Amy Parmenter and Maddie Hay are playing, it’s very tempting to go with a full GIANTS midcourt.

But then I thought having a team of the year without your MVP starting is a faux pas so, in goes Kelsey Browne at wing attack with Price at centre and Parmenter at wing defence and Hay moves to the bench.

Midcourt is always tough to call though. The only pick I'm remotely confident about is Parmenter at wing defence. Price beats out an incredibly stiff Kim Ravaillion (who’ll get a nod later in my fictional awards ceremony), Verity Charles should be in the wing attack conversation if she continues to get the start there, and I’d listen to an argument for five or six other players deserving a spot.

Similar too is the defence, where I think you could make strong arguments for six or seven players for these three spots.

I’ve gone with Courtney Bruce and Jodi-Ann Ward starting at GK and GD with Sarah Klau backing them up. I wanted so badly to put April Brandley into this team but I am so impressed with what Jodi-Ann Ward is doing for the Magpies and I could have just as easily started Klau at goal keeper.

FYI, if by some strange miracle I get this prediction right, Kelsey Browne, Jamie-Lee Price, Amy Parmenter, Maddie Hay, Jodi-Ann Ward, Courtney Bruce and Sarah Klau would all make their first ever SSN Team of the Year.

I can’t wait to read through everyone’s prediction for the Team of the Year, so have a think and put yours up in the comments on social media. 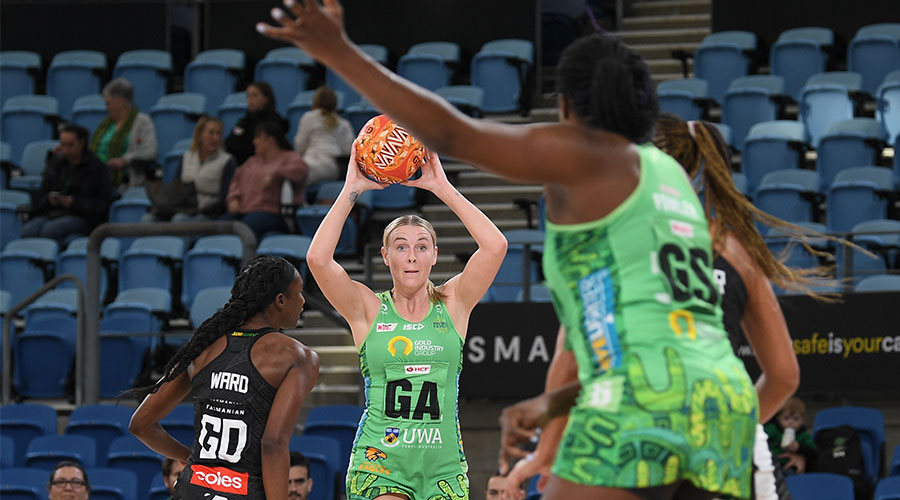 To start the season, I picked Maisie Nankivell to go back-to-back as the best 23-or-under player, and I think she is continuing the strong start to her career.

But Sasha Glasgow is on fire in Perth.

I was lucky enough to travel with the Diamonds for the 2019 World Cup and one of my favourite parts of that experience was the pre-embarkation camp in Sydney. I got to see the game plan Lisa Alexander wanted and how each player fit that plan.

One of the biggest points of conversation at that camp was how the Diamonds would compete with the offensive rebounding skills of players like Romelda Aiken, Sam Wallace and Jhaniele Fowler in Liverpool.

To help the Diamonds defenders prepare for potential matchups with those big shooters, Alexander invited the player she thought was the best offensive rebounder in the Australian system: 20-year-old Sasha Glasgow.

She dominated that camp and I thought I was watching the next great Australian scorer emerge.

Of course, she would end 2019 on crutches after tearing her ACL for Adelaide, play a part-time role in the Thunderbirds 2020 attack end and move over to the Fever before the 2021 season.

When you’re playing alongside Jhaniele Fowler, you better be good at passing, be great at making the most of your opportunities and be happy to play the role of facilitator. Her 61 total points from 60 shots and league leading 74% Super Shot accuracy proves she hits them when she needs to and only Steph Wood has more goal assists than her 94 as a shooter.

It’s great watching so many players return from serious injuries and play at such a high level, and Glasgow is doing just that.

She’ll have to keep it up in the last seven rounds to hold off the likes of Sophie Dwyer, Sunday Aryang and Shimona Nelson, but I’m loving what she has brought to this Fever attack in the opening half of the season. 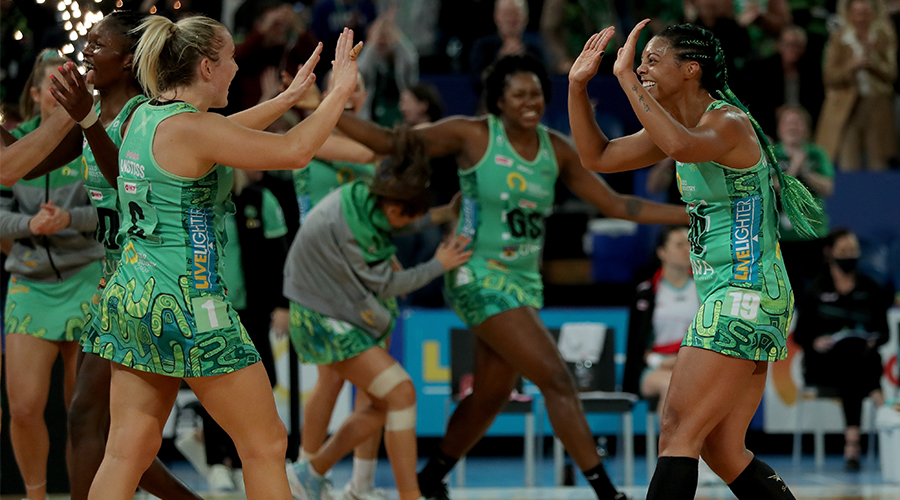 As much as I’d desperately love to see a Firebirds or Magpies type overcome the odds and break into that top four, I think our current top four will be the ones playing in late August.

I think the Fever are the best side in the competition and with five of their last seven games being played at RAC Arena, there’s a good chance they finish the season with at least 12 wins.

I’ve picked the Swifts to finish second because I think they are the deepest side in the competition. Having the likes of Lauren Moore, Sophie Garbin and Tayla Fraser sitting on the bench ready to roll is such a luxury and speaks to the quality the Swifts have in the starting line-up.

The GIANTS went through a rough patch after starting on fire, but I’m tipping that early season form is closer to what this GIANTS side is capable of which should mean another four or five wins to finish the season.

And the strong but inconsistent play of the Lightning is the main reason I’m tipping they’ll finish fourth and not higher. They play the Firebirds and GIANTS in rounds 13 and 14, two matches that could define the Sunshine Coast’s season. 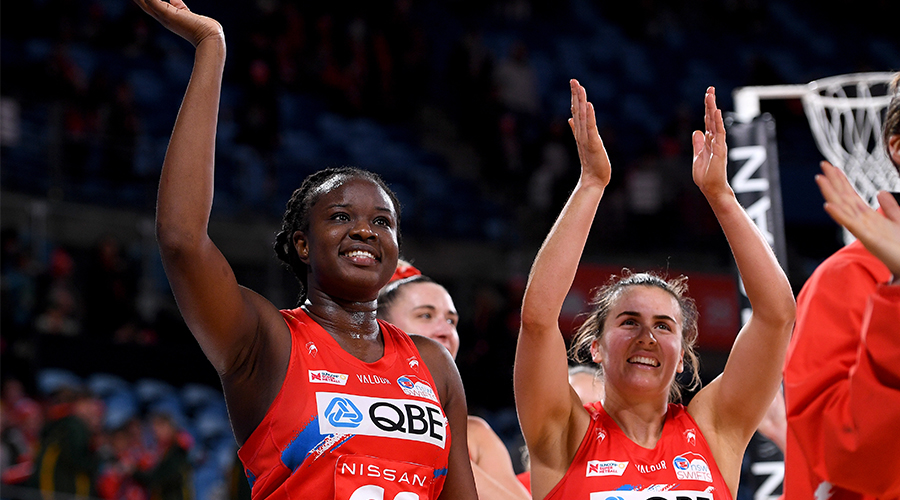 My selection of the two teams that will play in the grand final is all based on analysis, statistics and their run home.

The result prediction, however, is entirely gut feel.

Netball is such a high-pressure game and I don’t think any team builds that pressure on their opposition better than the NSW Swifts.

Whether it’s their speed and effort through the midcourt causing mistakes, their super deep defensive crew jumping on said mistakes or the ultra-efficient attack end applying that scoreboard pressure, playing the Swifts is a stressful affair.

And, in the biggest game of the season when the spotlight is on you and the pressure of what has been a wild 12-months for the Fever is all anyone is talking about, I’m tipping the Swifts to get up in a classic grand final. 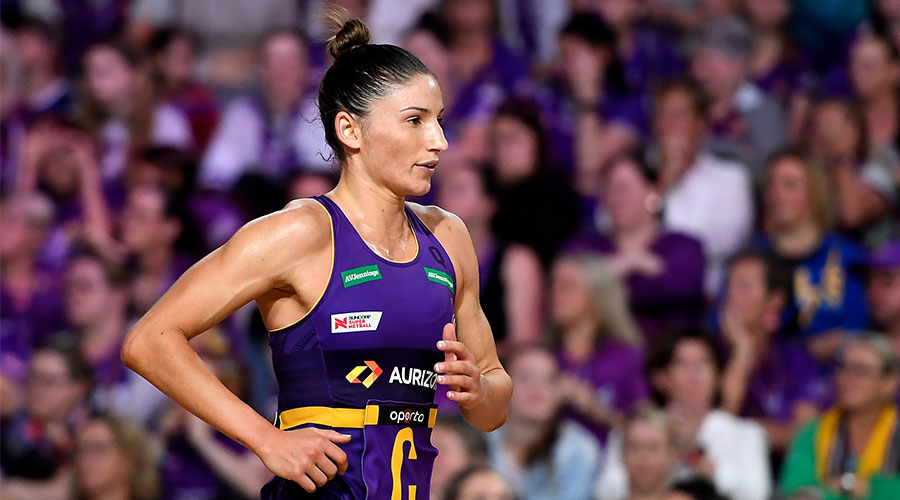 Another tough one, because there are several recruits who are playing well for their new teams.

Mahalia Cassidy has stepped into the Lightning centre position left vacant by Laura Langman admirably, Sasha Glasgow looks like the missing piece of the Fever puzzle and, if we’re including elevated training partners in this fictional award, players like Sunday Aryang and Georgie Horjus must be considered.

But, let’s be real, Kim Ravaillion is playing on another level.

Moving from the Magpies to the Firebirds after taking a year off to become a mum, Ravillion has not missed a beat in her return and somehow looks even better than when she last played in 2019.

She sets the tone for this pacy Firebirds midcourt, leads the team with 260 feeds and 137 goal assists and has scored the sixth most Nissan Net Points in the competition with 514.

But I think that aforementioned tone setting is the most important thing Rav brings to this side. Her elite fitness means she is relentless through the middle and always lifts the tempo of her teammates around her.

What a perfect pickup for a Firebirds team that has seemed to lack a spark in the last two seasons. 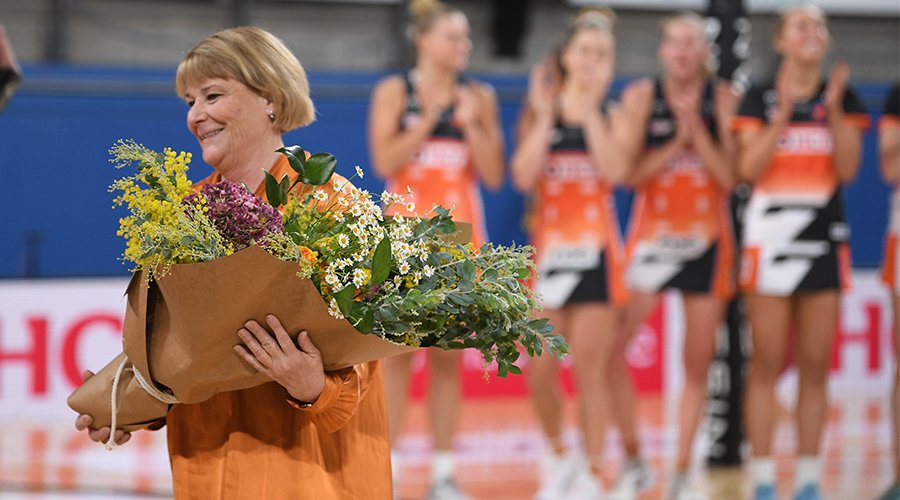 Joyce Brown Coach of the year

In my opinion, Coach of the Year is won in the second half of a season. But if I had to pick right now, I would go with Julie Fitzgerald of the GIANTS.

This one is a win that’s been a few years in the making. The way Julie and her team have developed players like Jamie-Lee Price, Maddie Hay, Amy Parmenter, Kiera Austin and Kristiana Manu’a must be commended, and the next generation of great GIANTS are clearly in good hands.

And, when it all comes down to it, she is the head coach of the team sitting on top of the ladder right now, and that’s worth a lot in this award.

Factor in the way her team has responded to some pretty serious adversity, like Kiera Austin’s injury, a COVID affected trip to Perth and a tough losing streak, and you know this is a well-led side poised to have a strong second half of the season.

Shout out to Stacey Marinkovich who is on track to bow out of league-level coaching with a bang and 2019 Coach of the Year Briony Akle who has her Swifts looking formidable coming into the business end of the season.

But my money is on Julie Fitz.