We are down to just three teams remaining in the hunt for Premiership glory. One of those teams will be sent packing on Saturday, with the Fever and GIANTS fighting it out for the final spot in the 2021 Grand Final.

There will only be one game of Netball this week, lucky it has all the makings of an instant classic! The two highest scoring teams in the regular season will battle it out for the right to take on the Swifts in the big dance next weekend.

The game is set to take place at 3:00PM AEST at USC Stadium, a change up from the usual Nissan Arena that has hosted the majority of matches over the past month. USC Stadium hasn’t held a game of Super Netball since Round 8 when the Lightning played the Magpies. Hopefully the cobwebs have been cleared before start time. 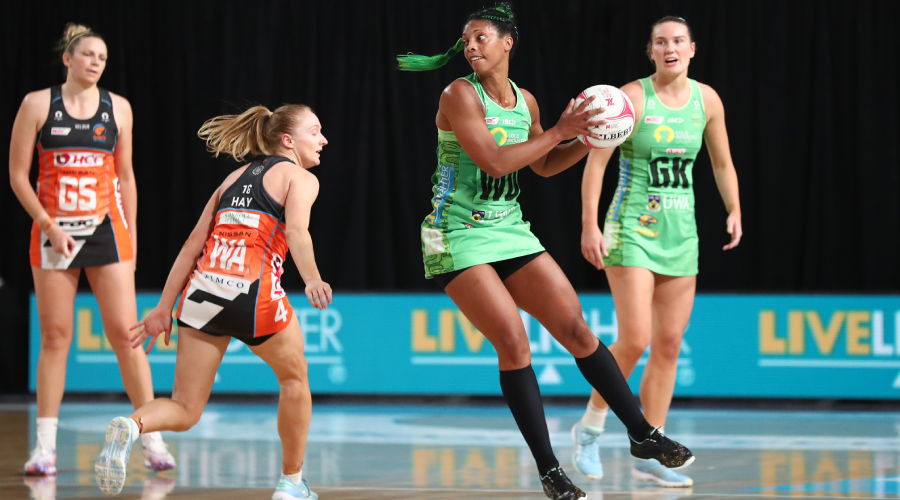 Coming into the start of this finals series, the GIANTS hadn't won a finals match since 2017. With their loss to the Swifts in the Major Semi-Final, that streak continues. In eerily similar circumstances, the GIANTS finished on top of the ladder and claimed the minor premiership in 2018. However, by losing to the Fever and Lightning in consecutive weeks, they were kicked out in straight sets.

The GIANTS will be doing everything in their power to avoid history repeating itself and squandering another Minor Premiership triumph.

Finals sorrow is not an unfamiliar feeling for the Fever also, being on the wrong end of two Grand Finals — losing to the Lightning and Vixens in 2018 and 2020 respectively.

Whatever the result, one team will come away feeling alleviated and the other will be left to cope with heartbreak for another offseason. No pressure or anything..

These two teams have only met once in the Finals in Super Netball history. Back in 2018, the Fever defeated the GIANTS by six points to advance into the Grand Final. Seven players who featured in that game will be lining up to play in this Preliminary Final — including key spearheads Jhaniele Fowler and Jo Harten. Fowler had the edge on Harten in that clash, scoring 48 goals on 100% shooting accuracy to lead the Fever to their first ever Super Netball Finals victory.

In the 11 occasions these teams have met, the Fever hold a slight advantage, winning six of these games including one draw.

Results were split this season, with the Fever claiming victory by the narrowest of margins in Round 5 and the GIANTS enacting revenge in a two point thriller in the final round of the year.

Every time we see the @WestCoastFever play @GIANTS_Netball, we see a close and fiery game 🔥

In their last six encounters, there has only been an average winning margin of four points, so it is looking likely that fans will be treated to an electrifying and tight contest.

Their Round 14 clash was the ultimate decider on who would be crowned the Minor Premiers for 2021. The GIANTS got the honours that day but it could all count for nothing if they are unable to turnaround last week’s Semi-Final defeat to the Swifts.

On the other hand, the Fever will be thrilled by the opportunity to end the GIANTS’ Finals campaign after pinching the Minor Premiership from their grasp and ruining their quest to finish on top of the ladder despite being deducted 12 points prior to the commencement of the season.

Well, where do I start? Can I just copy and paste the starting lineup for both teams and move on? Because there is star quality across the entirety of the court.

I have to start with Jhanile Fowler who is edging desperately close to 6000 league goals. Sam Poolman will get the toughest job in netball on Saturday and will need all the help from her teammates to reduce Fowler’s output on the game.

All eyes will be on the battle between Jo Harten and Courtney Bruce. Both are captains who like to lead by example; and both are as competitive as each other. The pair were involved in a small tussle off the ball back in Round 5. Nothing major, but just a sign of the competitive nature of both players that the heat of the Finals will no doubt heighten. 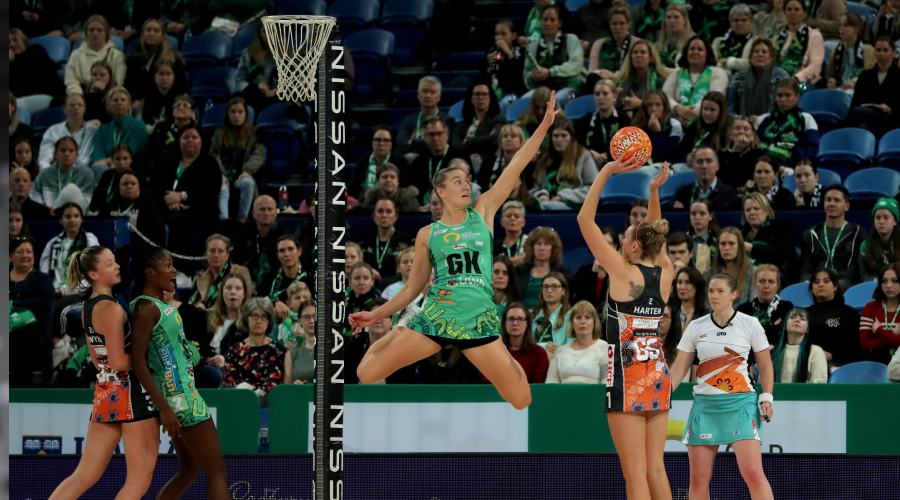 In their Round 14 matchup, Harten got the advantage over Bruce in both the result and individual performance. The GIANTS' captain finished the game with 40 goals from just 42 attempts, along with 93.5 Nissan Net Points, six goal assists and five Super Shots.

This performance marked the highest Nissan Net Points and second highest goal tally for Harten this season. Talk about saving your best till last.

Bruce had one of her quieter games in Round 14 and will no doubt be looking for retribution against her opposing captain tomorrow afternoon. Fever’s star GK averaged four interceptions, six deflections, six gains and only one general play turnover this season. In this game, Bruce recorded two interceptions, four deflections and four gains. A solid output no doubt, but still short of her usual lofty standards. If the Fever are going to win this match they will need Bruce at her absolute best.

Verity Charles is putting together an outstanding 2021 campaign, leading the league in goal assists (320) and feeds (519). Charles is the x-factor to this Fever team, because when she is on (and that is almost always) the Fever look like an unstoppable force. Verity plays mostly out of the WA position, however in their Round 14 clash, she was moved to the C position in replace of Jess Anstiss to spark a last quarter fightback.

Some Verity Charles ✨ magic ✨ to spice up your Wednesday

It is Charles’ connection with Fowler that is her most vital strength in the team, with the duo obtaining some kind of telepathy between each other that is impossible to stop. Charles knows where Fowler will be and Fowler knows where to be for Charles to find her. The GIANTS will need to find a way to disrupt this connection and that all begins with Amy Parmenter.

Parmenter is top ten in the league for both interceptions and deflections, but she will have her hands full tomorrow in attempting to restrict her opponents impact on the game.

One of the most exciting matchups will be against the two young guns in Sophie Dwyer and Sunday Aryang. Both under the age of 21, the star pair have taken the league by storm with breakout performances. Dwyer was ranked second in most Super Shot’s scored this season (47), with her captain leading the way with 50. Obviously the GIANTS are fond of the Super Shot and it certainly made an impact on their Minor Premiership success. The only question will be whether that tactic holds up in finals.

It is going to be a red-hot game with an abundance of highlights and key matchups across the court. The GIANTS have proven they can beat the Fever, but you just get the feeling that the Fever are on a mission and will prove to be too good in the end. They have stars in every third on the court and unless Fowler has a rare off shooting night, the Fever will get the job done.