With the full 2021 fixture coming tomorrow, we thought we would give you a taste of what's to come by sharing and dissecting Round 1 a day early.

To celebrate the fact there is just 50 days until the 2021 Suncorp Super Netball season starts, tomorrow we’re releasing the full season schedule.

And, to celebrate 51 sleeps until game one… we’re sharing and breaking down the four matches of Round 1 right now! 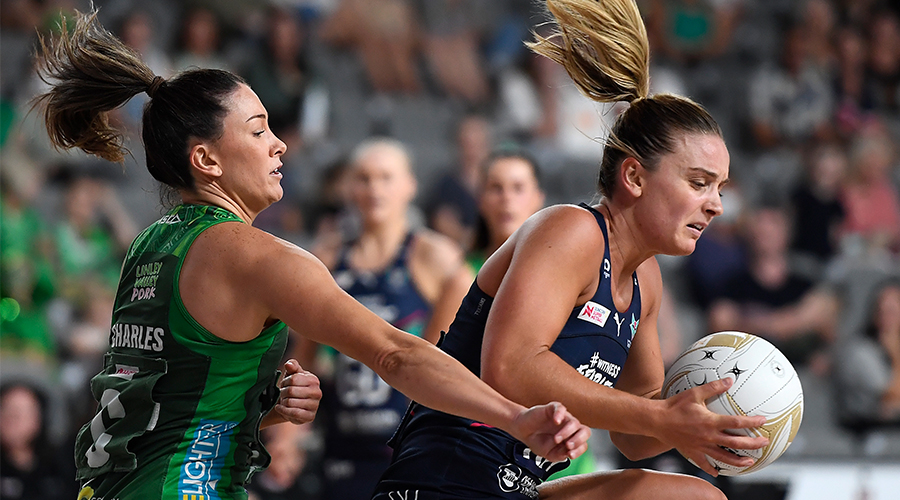 Sometimes the obvious answer is the right one and that is absolutely the case here.

Pitting last season’s two best teams against each other to kick-off the season is the only way to go, but there’s a lot more going on here than just a Grand Final rematch.

The Melbourne Vixens come into the 2021 season missing some key pieces from their premiership winning run, namely shooters Caitlin Thwaites and Tegan Philip.

Ruby Barkmeyer has been elevated from the Vic Fury and Kaylia Stanton, who would love nothing more than to have a huge game against her former club, have been brought in to help take the scoring load off shooting superstar and Grand Final MVP Mwai Kumwenda.

We all know the situation at West Coast. They’ll be desperate for early wins, particularly against teams like the Vixens who we assume will be featuring in the battle for a top four spot come the business end of the season.

Keep an eye out for young Fever Goal Keeper Sunday Aryang, who I think could be the next big defensive star in this country. And if the recent Constellation Cup series is anything to go by, don’t be surprised if we see plenty of Courtney Bruce in the centre third wearing that GD bib this year. 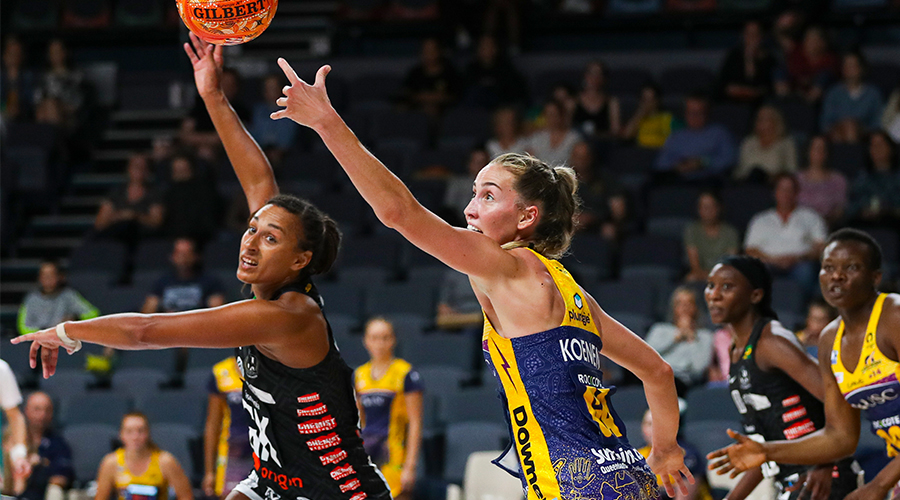 What an intriguing matchup to follow the massive Grand Final rematch.

2020 was a rough one for the Magpies, who managed just one win on their way to the club’s first wooden spoon.

New Head Coach Nicole Richardson will be thrilled if star midcourters Ash Brazill and Kelsey Browne are ready to rock for Round 1. She should also be excited to see what new recruit Kalifa McCollin can bring to last year’s second lowest scoring goal circle.

They’ll take on a Lightning team in transition. While there is still plenty to like here and we do expect them to challenge for a spot in the top four, this is not your slightly older sibling’s Sunshine Coast team.

Karla Pretorius and Phumza Maweni still represent one of the best starting GK/GD pairings in the world, the addition of former Firebird Mahalia Cassidy softens the blow of Laura Langman’s retirement slightly and Cara Koenen and Steph Wood should be able to score enough to trouble almost any team.

A big win in front of a home crowd would be just what the Magpies need after last year’s struggles, but it will take something special to roll a Lightning team who will be desperate to re-establish itself as a powerhouse in the league. 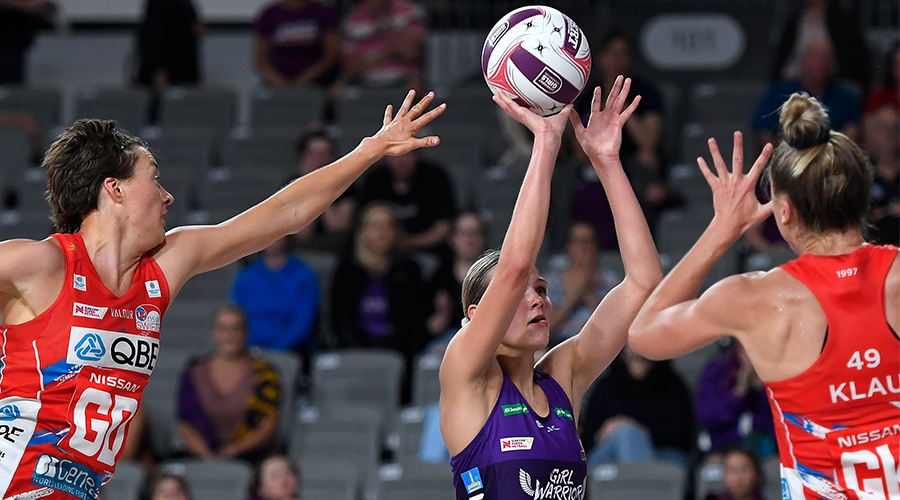 Are the Firebirds back? Can the Swifts bounce back from last year’s disappointing finish? Can new Firebirds Head Coach Megan Anderson get the most out of this talent-stacked attack end? Lot’s on here.

A Firebirds win, over the Swifts, in front of a packed Nissan Arena crowd (knocks firmly on wood) would go a long way to confirming that the girls in purple will be a force to be reckoned with this season.

Gretel should be back with a new last name and number one fan cheering her on from the sidelines. With the resurgence and immergence of Romelda Aiken and Tippah Dwan last season, this shooting circle looks scary good.

A strong Swifts performance on the road could be exactly what the 2019 champs need to spark a huge 2021.

The stars are all still here and in their prime, it’s just a matter of consistently taking it to their opposition, particularly the top teams in the league. They won just two of their seven matches against the Vixens, Fever and Lightning last season.

And if all that doesn’t have you fired up to watch a little netty on a Sunday, according to a vote conducted in the SSN Media Team Slack chat, this match is the battle of the two best uniforms in the business. That’s big. 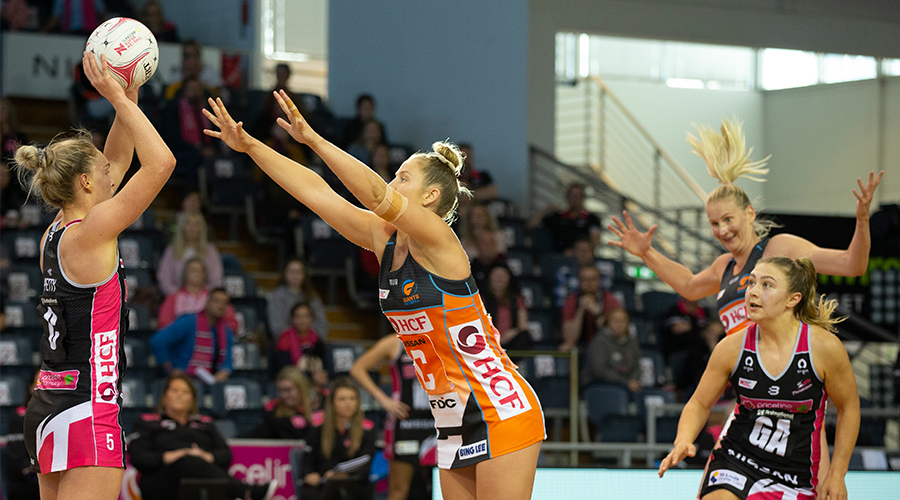 The opening round wraps up in Adelaide, with a game between two teams who must start their season’s off on the right foot.

The Thunderbirds are yet to feature in the SSN post-season competition and the GIANTS straight-sets exit in the 2018 finals series feels like eons ago.

Fresh off back-to-back wins against the Magpies and Vixens, the three and two Thunderbirds were looking good after five rounds last season. From there, they could muster just two wins to finish the season five and nine and second last on the ladder.

The major issue for the Tbirds was their anaemic attack end, which scored the fewest regular season points in 2020 (769). The tools are all there. Lenize Potgieter is a proven star and Georgie Horjus showed some encouraging signs last year, their feeders just need to find them more often and in better positions.

They take on a GIANTS team which could be the darkhorse of the 2021 season.

If the youth in key positions, like Kiera Austin at GA, Kristiana Manu’a at GD and that entire Jamie-Lee Price led midcourt, can continue to develop and gel with the talented veterans like Jo Harten, Sam Poolman and April Brandley this team could go far.

It’s a big measuring stick opportunity for both squads to start of the season, exactly what the teams who finished 8th and 7th in 2020 need.