In our final round preview of the year, we discuss Liz Watson's big season, Jhaniele Fowler's legacy and Courtney Bruce's pursuit of greatness in the Grand Final Preview.

A captain on a mission, Jhaniele Fowler’s pursuit of legend status, and a possible fairytale for Courtney Bruce are all entangled in the narrative for Sunday’s grand final.

How big are Liz Watson’s shoulders?

There is a symmetry to how this season has unfolded because the first, and final, burning question is about to be answered.

The Melbourne Vixens co-captain has undoubtedly delivered on all expectations in her return to the court following last year’s season-ending foot surgery.

From the foot of the ladder, the Watson-led Vixens claimed the minor premiership and are now within sight of a second title in three years.

Watson has been the difference, but it remains to be seen whether they can go all the way against the rampant West Coast Fever on their home court.

Despite humming along for most of the season, Melbourne’s midcourt rotation of Watson, Kate Moloney, Kate Eddy and Hannah Mundy have had a flat fortnight.

Jess Anstiss choked them in the major semi-final when the Vixens’ centre pass to goal conversion was just 67 per cent.

Their gain to goal conversion was even worse at 43 per cent. To be any chance of a grand final victory that must be closer to 70 per cent.

“Jess did a really god job of just being in the way,” she said.

“You have to manage your expectations of the balls you’re going to get against Liz. It’s better to be in play, and be in the way, rather than contesting.” 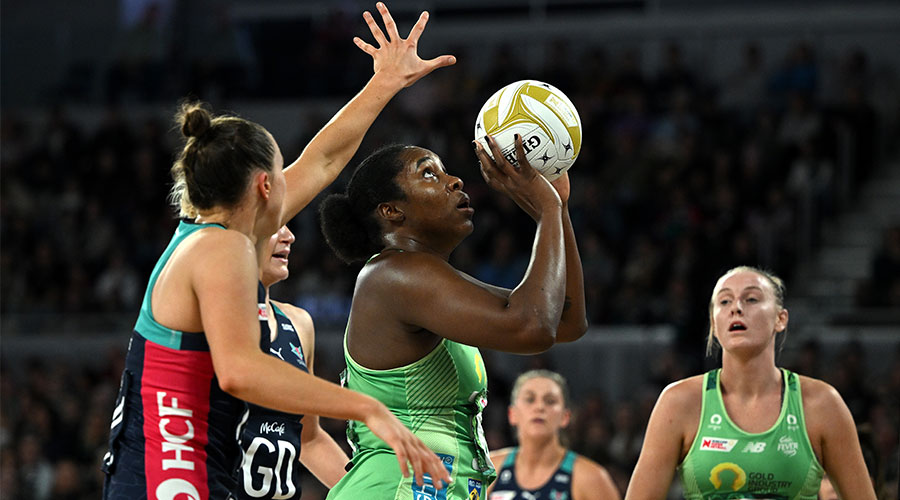 Fever star Jhaniele Fowler is another player on the cusp of answering a big question – who has been the national league’s greatest import?

Collingwood’s Geva Mentor won titles with the Sunshine Coast Lightning, the Vixens and the Adelaide Thunderbirds where she was one of the great trailblazers in the early years of the trans-Tasman league.

Queensland’s Romelda George lifted three premierships and Laura Langman captured the hearts of Australian crowds and a set of grand final wins with Waikato Bay of Plenty Magic and the Lightning.

Fowler will be right there with them if she can I spire the Fever to a breakthrough premiership.

The Jamaican shooting machine won a grand final with Southern Steel in New Zealand’s national league in 2017 yet has been unsuccessful in two deciders with the Fever.

If she can add an Australian title, Fowler’s six league MVP honours and ton of shooting records would amount to a compelling case as one of the most influential players in the competition’s history. 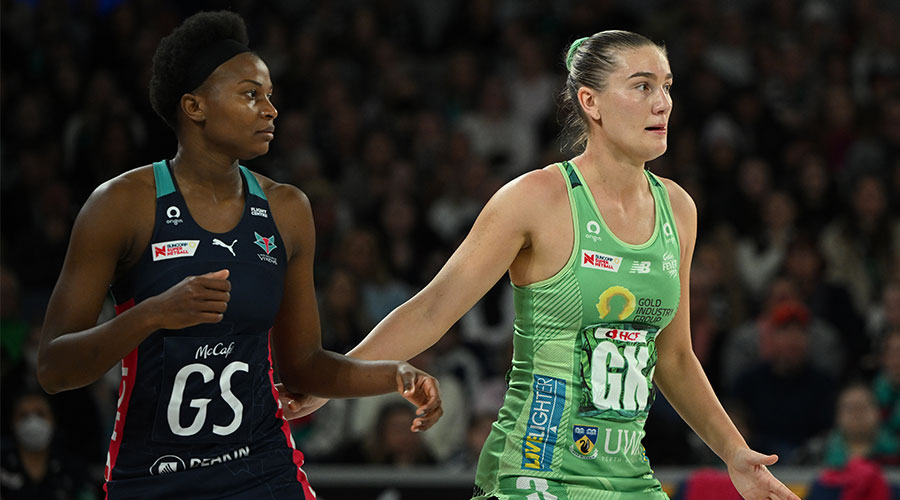 Grand finals need a fairytale and this stage is set for Courtney Bruce.

Bruce was just 19 when she made her national league debut under coach Norma Plummer in 2013 and has spoken about how it would “mean the world” to lead West Coast to a maiden title.

She is one of four home-grown products – Emma Cosh, Jess Anstiss and Sunday Aryang are the others – and earlier this season she notched her century milestone for the Fever.

History beckons for the Diamonds defender who is also the club’s longest serving skipper after taking on the job in 2017.