The Vixens pursuit for the minor premiership continues, the Fever falter, the Magpies keep their season alive at home and the Thunderbirds drop out of the top four in weekend one of First Nations Round.

The Melbourne Vixens are just one win away from securing the minor premiership and a potential home grand final.

Old legs, and a few sets of young ones, revelled in Suncorp Super Netball’s return to a standard preparation for Round 12.

With the wearying, compressed rounds now in the rear-view mirror, Collingwood Magpies’ Geva Mentor spoke for many of her netballing peers when she attributed her stunner against the NSW Swifts to a full recovery.

It was a similar story around the courts as those with the luxury of largely backing their regular starters endured.

Over in the west, the Queensland Firebirds used eight players and had the opportunity to give Lara Dunkley a night off in their upset against West Coast Fever.

On the other bench, Fever coach Dan Ryan kept his troops guessing with a dozen changes.

Magpies coach Nicole Richardson kept her substitutions to a minimum and Giants Netball did not need a single sub on their way to downing the Adelaide Thunderbirds.

The Sunshine Coast Lightning had some issues to deal with, including Steph Wood’s knee problem, and had to make a bunch of changes in their loss to the rampaging Melbourne Vixens.

In contrast, the Vixens’ steadiness shone as they made it five successive victories.

The finals should not be a daunting prospect for the 2020 champions who keep rising to the challenge posed by desperate adversaries on a weekly basis.

“They’re teams that have got nothing to lose or are fighting for survival,” coach Simone McKinnis said.

“That’s a really good challenge for us to be able to maintain our standards, to work hard and push ourselves and try to be the best we can be.” 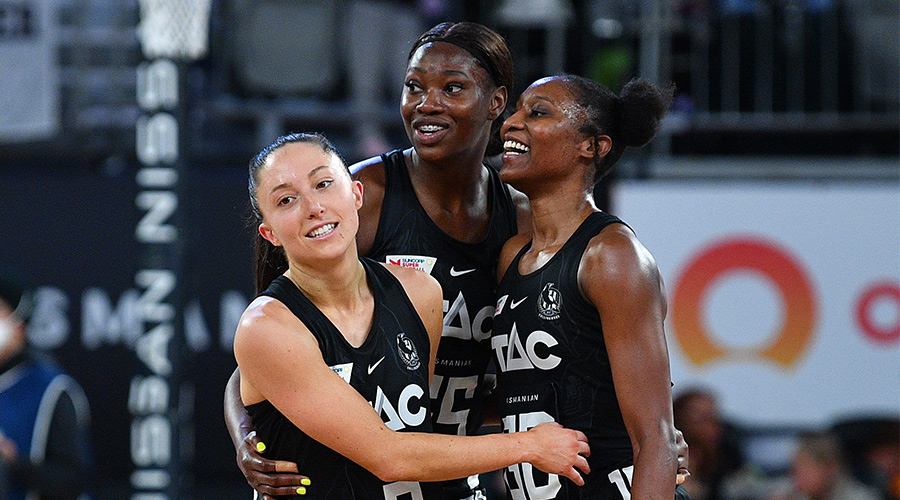 As a side hustle, Richardson could edit a highlights reel of Jodi-Ann Ward’s performance and distribute it as a “How to play goal defence” educational tool.

The Magpies were clinging to the Swifts but going nowhere under their own steam at halftime.

Ward stepped in, stepped up, and with some substantial help from Mentor, dragged her team away from the abyss.

Her nine gains – five came in the third-quarter fightback – were a major reason the Magpies’ finals hopes still have a heartbeat.

That she did it while only conceding seven penalties was a dazzling exhibition of athleticism, footwork and discipline. 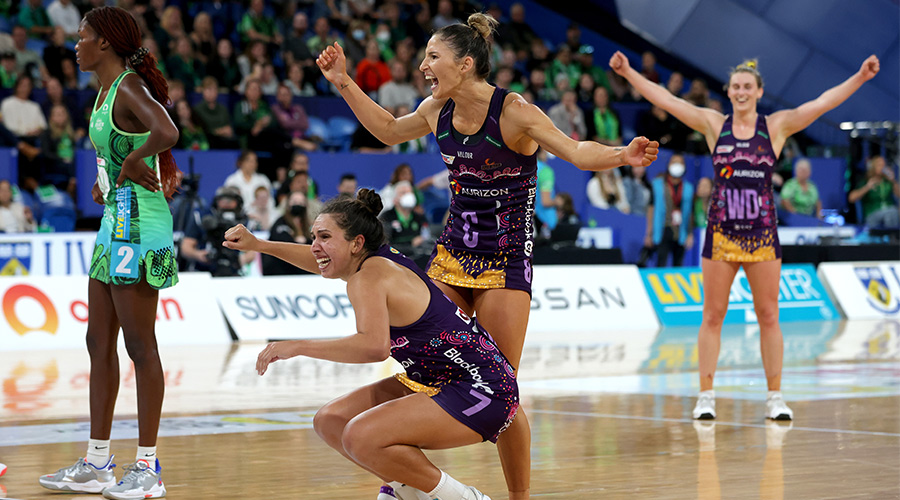 The third-placed Giants can lock up a finals berth with an away win on Saturday against the Firebirds.

All their big guns fired against the Thunderbirds and they will need to again against the resurgent Firebirds.

Queensland wing attack Jemma Mi Mi must have had First Nations Round highlighted in her diary such was her determination on the weekend.

A start and a rare 60-minute opportunity afforded her the chance to settle into a rhythm against the Fever and she paid back her coach with 27 feeds, an intercept and only two turnovers.

“I was proud to be able to do Jem and especially Nelle (Donnell Wallam), do them proud on First Nations Round and on Nelle’s home court,” coach Megan Anderson said.

At this rate, Fever goal shooter Jhaniele Fowler is on track to break her own record for most points in a season (979), a milestone she set in 2020.