The Vixens, Fever and GIANTS all booked their spots in semi final weekend while the battle for fourth place is still wide open with one Round to go.

Seven teams still remain in the finals frame as Suncorp Super Netball heads into a nerve-wracking home and away finale.

The last seat at the 2022 Suncorp Super Netball finals is the Collingwood Magpies’ to lose after the picture became a little clearer over Round 14.

Win against the Melbourne Vixens in a climactic closing act to the home and away season next Monday, and the Pies are through to their first final since 2019.

Lose, and it is anyone’s guess.

GIANTS Netball sealed their position, and almost certainly a home minor semi-final with a last-gasp win against the Queensland Firebirds in Brisbane.

Elsewhere, wins to the Melbourne Vixens, West Coast Fever and the Magpies handed the Vixens top spot and hosting rights for the major semi-final, and ensured a blanket finish for the other contenders.

“There have been a few hiccups along the road but we came out here and delivered because we really wanted to be in that top four,” Magpies shooter Shimona Nelson said. 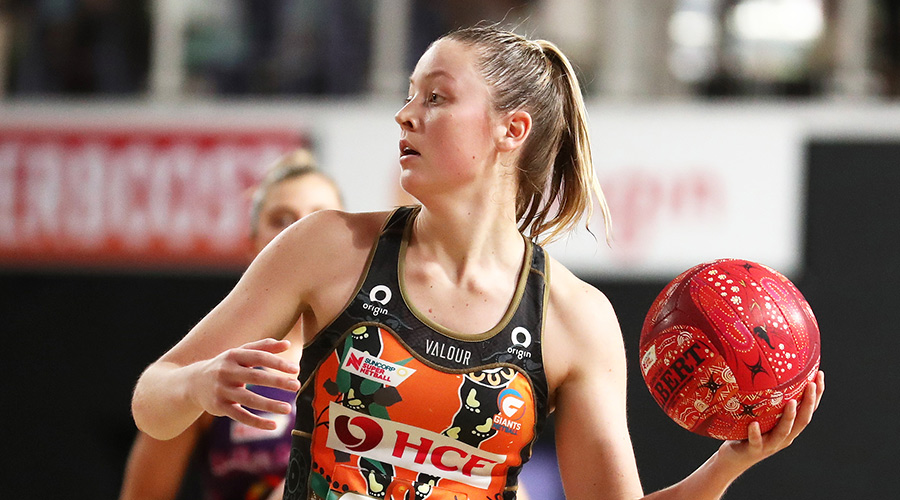 Giant Sophie Dwyer chose the perfect setting to stage a complete performance that included goals, gains, deflections and a bit of razzle dazzle from long range.

Cast your minds back about 10 months to the same court and it was a different story when Dwyer was contained by Swift Maddy Turner in the grand final.

She returned to Brisbane’s Nissan Arena with a point to prove, albeit against a different opponent, as the Giants won a thriller against the Firebirds.

The 20-year-old did not miss a shot until the third quarter, sinking 27-from-29 and contributing 13 goal assists.

Dwyer also pocketed a couple of gains against new Australian squad member Ruby Bakewell-Doran against whom she had a forgettable game in Round 4.

“Even if you look back to the last time, Ruby had a fantastic game against her so I thought it was a real display of how much she’s grown and how much she’s developed as a player.

“It wasn’t just how calm she was. She put on some beautiful moves today.” 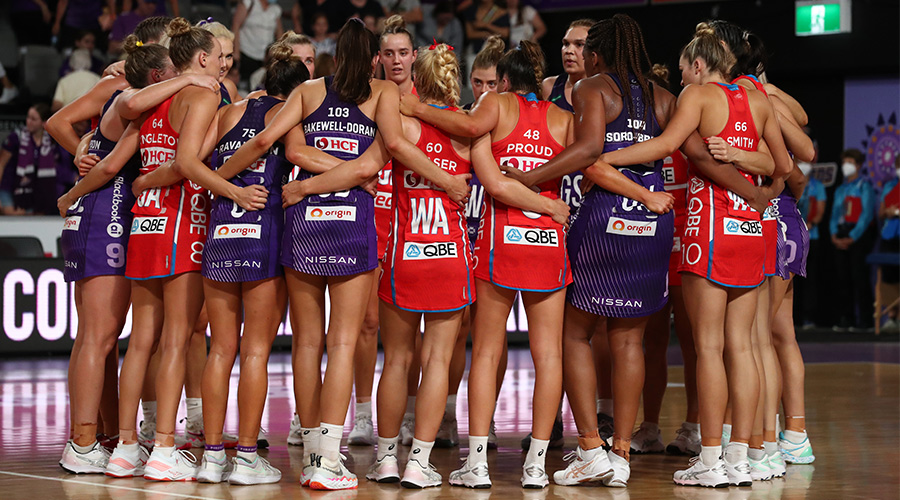 The NSW Swifts-Queensland Firebirds Round 14 showdown is dripping with rivalry.

“It’s funny, my first Firebirds game was against the Swifts and now this,” Anderson said.

“It’s always a tough game against the Swifts. They’ve got stars across the court and they play a fast, open style of netball.”

The winning team will need the Magpies to stumble and the Thunderbirds to lose their last-round meeting with the Fever to guarantee a top four berth.

Ravaillion injured her ankle in the loss to the Giants but is expected to play.

The Swifts will need time to catch their breaths after Helen Housby’s brave Suncorp Super Shot attempt rimmed out in a heartbreaker against the Fever. 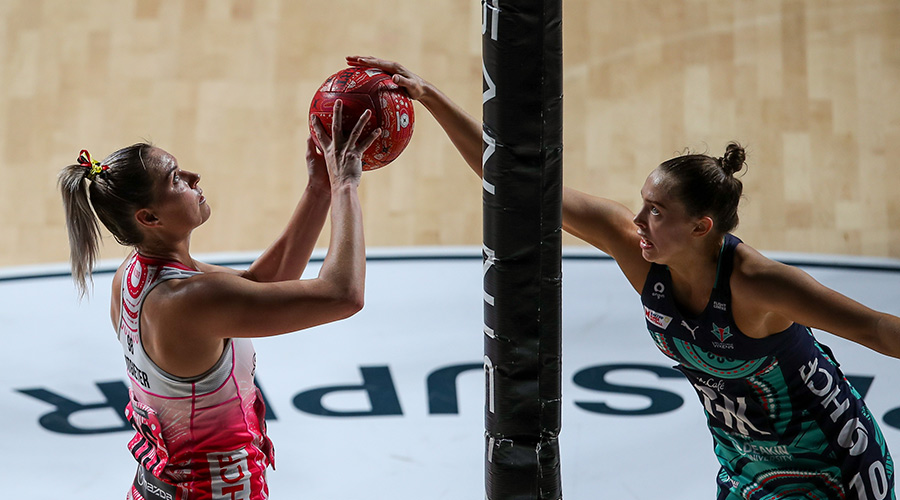 Poor attack came back to haunt the Thunderbirds who could only muster five goals in the final quarter against the Vixens.