One round of the 2022 regular season remains and we still have four sides battling for the last spot in the top four. It's all on the line in Round 14.

Suncorp Super Netball is about to learn if the old proverb rings true because it is difficult to imagine a more dramatic climax than four teams – Collingwood Magpies, Queensland Firebirds, Adelaide Thunderbirds and NSW Swifts – fighting for one finals berth over the last round.

While the Melbourne Vixens and West Coast Fever had their spots cemented a mile out from the finals, and Giants Netball locked theirs up in Round 13, the fast-finishing four have been playing for their premiership lives for months.

That’s a tonne of baggage to carry each week for teams who have struggled to demonstrate consistency.

Whoever earns that last ticket will be either be battle hardened from a long sequence of sudden death netball, or so weary from the journey that they disintegrate in the minor semi-final.

“We’ve felt that pressure for the last three or four rounds and we’ve managed to find really good form,” Magpies defender Geva Mentor told Fox Netball ahead of her team’s Monday assignment against the Melbourne Vixens.

Regardless of what happens earlier in the round, an upset win for the Magpies will qualify the club for its second SSN finals series.

The Vixens have named goaler Rahni Samason for the Melbourne derby but she will need to pass a fitness test on her knee to suit up. 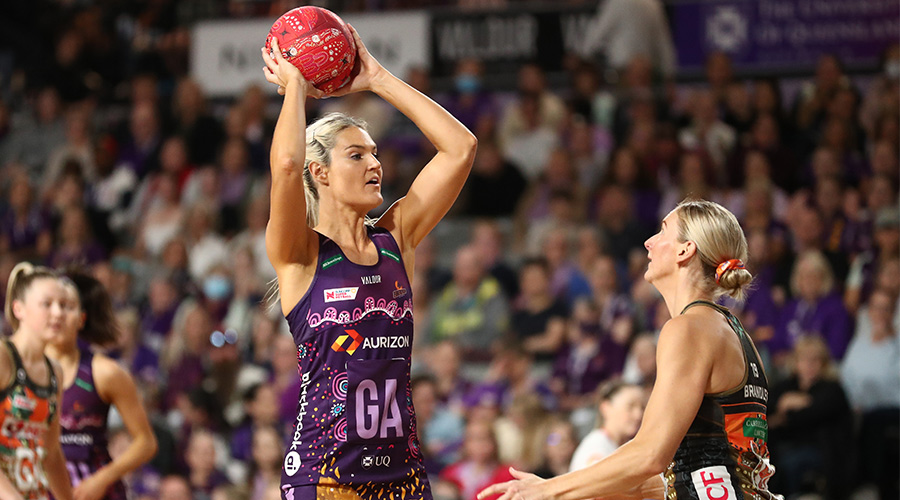 Green was Bueta’s skipper at the Swifts when she made her debut in 2014.

Back then, Green said, Bueta “couldn’t hit the side of a shed”.

But she applied an incredible work ethic and unique athleticism and is now the world’s premier goal attack.

“She's one of a kind and revolutionised the position,” Green said.

Either side must win and hope the Magpies trip in order to reach the finals.

The Swifts will be minus coach Briony Akle and defender Teigan O’Shannassy due to COVID-19 protocols, leaving assistant Bec Bulley to call the shots.

O’Shannassy’s absence robs Bulley of some variety at the back, however Allie Smith has run into some form and will ask some questions of the Firebirds attack.

Swifts co-captain Maddy Proud is on the cusp of a record, needing 36 feeds to eclipse Liz Watson’s record of 621 for most feeds in a season. 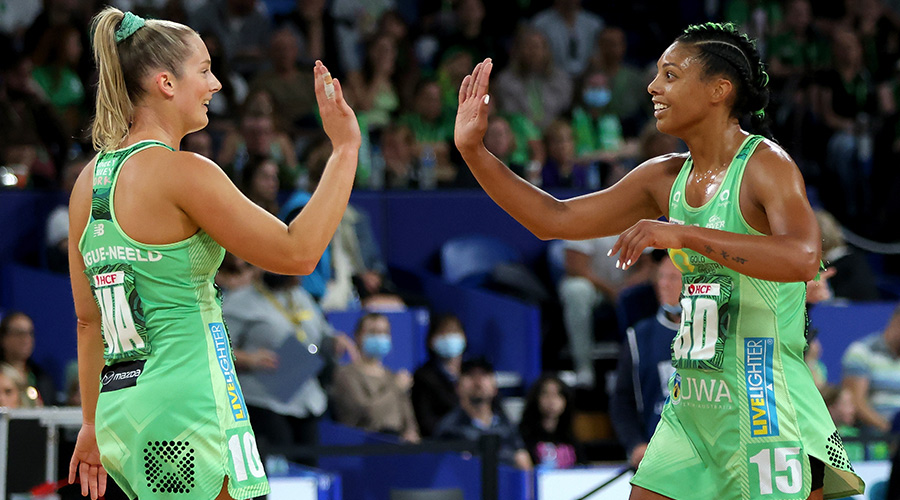 Fever stalwart Stacey Francis-Bayman will become the second West Coast player this season to reach the century milestone when her side hosts the Thunderbirds on Sunday.

Her captain Courtney Bruce notched a ton in Round 3, and together the pair can help end the Thunderbirds’ finals hopes with a win.

Jess Anstiss has been named to return from a foot injury for the Fever who are still searching for the authority they demonstrated in the earlier rounds.

Their rock has been Jhaniele Fowler who needs just 36 goals to break her own league record for most goals in a season.

Fowler will face defender Shamera Sterling who shaded her Jamaican teammate when they last met in Round 7.