NSW vs Victoria, The Battle of the Bruce, the Fever scoring machine comes to Melbourne and a GIANT showdown in Adelaide highlight the Round 2 preview.

COVID-19 chaos and Suncorp Super Netball’s connection to two Hollywood underdog films will be central to the outcome of Round 2.

Check out the Round 2 team lists here.

Can life imitate art imitating life for Giants Netball and the NSW Swifts?

Giants coach Julie Fitzgerald will be borrowing some themes from the 1987 Washington Redskins who were the inspiration for the film The Replacements.

That was the season Washington defied a player strike and found players from unusual sources – including a quarterback plucked from a halfway house – on the way to a famous Super Bowl win.

While not quite as dramatic circumstances, the Giants must find a path to victory minus Sophie Dwyer, Jamie-Lee Price, Amy Parmenter and a trio of training partners.

That’s a tough assignment for a side bound for Adelaide where they will on Sunday face a Thunderbirds outfit breathing fire once again after an impressive Round 1 victory.

For their Sargeant McKinnis Cup clash with the Melbourne Vixens, the Swifts may be channelling the 2002 Oakland Athletics, the baseball team that was the subject of the 2011 film Moneyball.

That team was assembled based on a sophisticated, statistical approach to recruiting and scouting players. The theory relied on finding role players who could contribute in an accumulative way to team success.

Briony Akle’s mob can’t rely on just one player to replace the output of injured star Sam Wallace. There is only one Sam Wallace.

And it’s unfair to heap all the scoring load on Helen Housby, or temporary replacement player Sophie Fawns.

“Absolutely, that’s (Moneyball) how it’s going to be,” said Akle, who also lost Paige Hadley on the eve of the game.

“Whatever direction we go in we’ve got to have all the players stand up and change our style of play.” 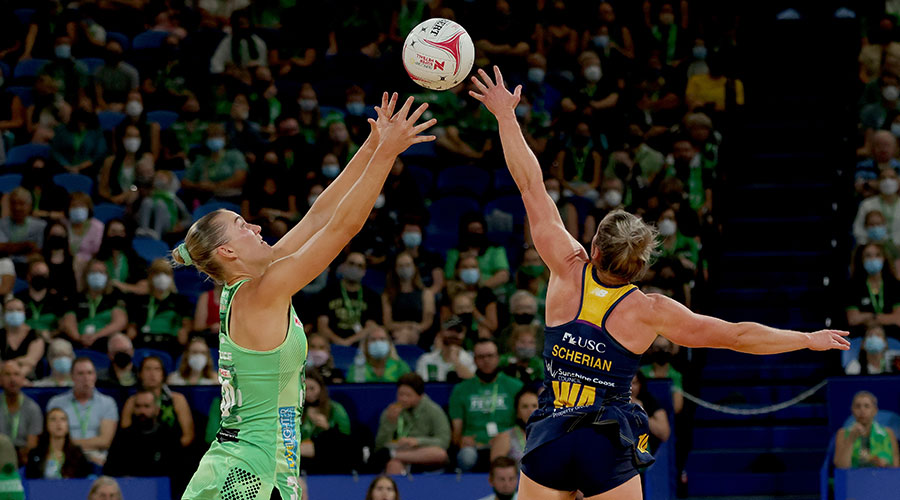 The goal keeper’s 11 gains in Round 1 stood out, and that’s a difficult job given the stellar form of her Fever teammates.

An emotional surge in her 100th match will be just one of the challenges facing the Collingwood Magpies at home on Sunday.

Diamond Ash Brazill will be back from concussion for the Magpies who have yet to iron out some wrinkles at their attack end.

Shooter Sophie Garbin was the Magpies’ big name recruit for this season but she will take time to adjust from being an impact player at the Swifts to a key target at her new club.

Brazill told Fox Netball it was up to Garbin’s teammates to create an environment in which the West Australian product can shine.

“The way Sophie’s come into our team this year, she’s fitted right in and she’s confident,” Brazill said.

“We’ve got to find space for Soph.” 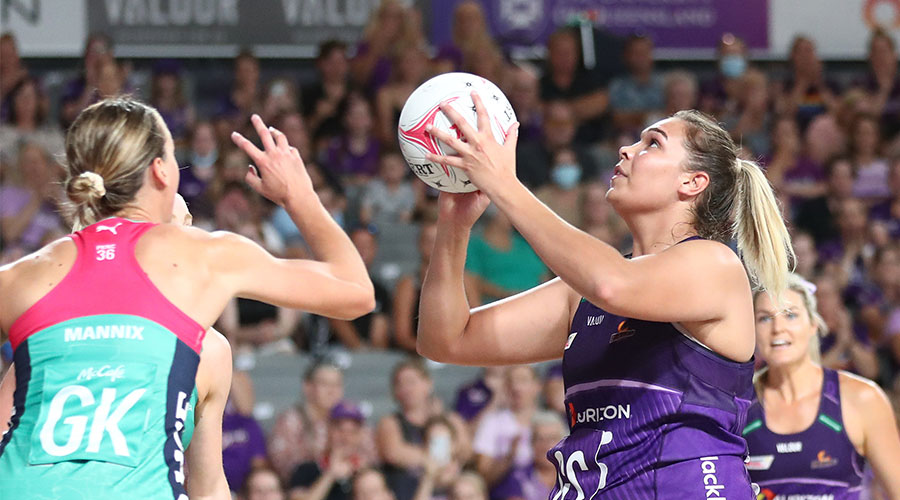 Sunshine Coast Lightning’s Round 1 nightmare in Perth could conceivably be repeated on their home court if they again fail to slow their opponent’s attacking ball.

And already the Firebirds look supremely confident popping the ball into the hands of their new target Donnell Wallam.

The Queensland derby is an awkward one for the Lightning who lost both showdowns last year, in Round 6 against a Ravaillion-inspired Firebirds then again in Round 11 when they were torched by Gretel Bueta.

There is much upside, however, in the Lightning defensive circle where Tara Hinchliffe and Kadie-Ann Dehaney are building a new partnership.