The two hottest sides in the league face off, the GIANTS host the Firebirds, the Swifts hunt win number two and the Magpies look to snap their winless streak in the first of two midweek Rounds this season.

How can the West Coast Fever be stopped?

The Melbourne Vixens could do worse than pop a DM into the inbox of recently retired Giant Sam Poolman ahead of their top of the table duel with West Coast Fever at John Cain Arena.

It was Poolman who did what no other defender has accomplished in recent times when she tamed Jhaniele Fowler in last year’s preliminary final.

For any other shooter a 41-goal haul would be a great day in the circle but that was more than 10 goals below her 2021 average as Poolman lashed herself to Fowler’s side and made the champion Jamaican earn every touch.

Even if they do restrict Fowler, how ought the Vixens tackle the other nine?

The Vixens clicked in Round 3 and are worthy contenders but they can not afford to double-team Fowler, underestimate Verity Simmons or take their eyes off Courtney Bruce.

As for Jess Anstiss, the Fever are blessed with an asset that can swing forward or back with equally damaging effect, just as she did last round against two high quality midcourters – Kim Ravaillion and Lara Dunkley.

“That was one of the best games I’ve seen Jess Anstiss play,” coach Dan Ryan said.

“Her versatility to play across two positions and really be a key contributor for 60 minutes is huge.

“She’s no fuss and gets on with business.” 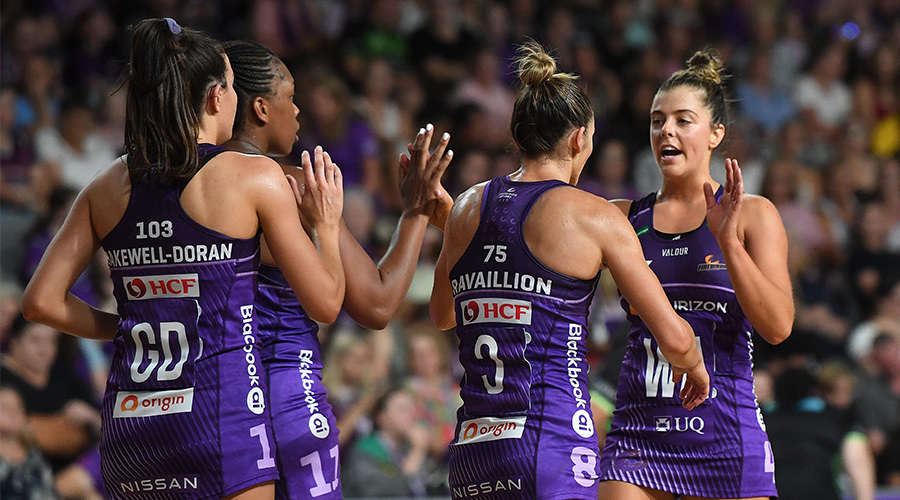 It will only have been 48 hours between the Queensland Firebirds pushing the Fever into sixth gear and Tuesday night’s date with Giants Netball.

So there is an urgency to move on from their near miss or risk a slip-up at Ken Rosewall Arena if they dwell too long on such a gallant effort.

At their best the Firebirds are finals contenders but as coach Megan Anderson pointed out, the best teams seize opportunities.

Queensland had the Fever under pressure only to let them wriggle free with a poor 33 per cent gain to goal rate.

Still, this bold young side is learning and 2022 standout Lara Dunkley will have a chance to show against one of the best in the business, Amy Parmenter, how to burst clear from a heavy tag.

“She’s such a strong body. She just needs to learn when some one’s muscling up on her how to get out and find some space.”

After such a tense game on Sunday, the Sunshine Coast Lightning and Adelaide Thunderbirds must maximise their recovery time before facing the Collingwood Magpies and NSW Swifts respectively.

In fact, most of the players have this week joked that the best way to train on a short turnaround is not at all.

The only winless team after three rounds, the Magpies will be a hostile opponent for the improved Lightning.

Kelsey Browne has been among the midcourt stat leaders but there was steam shooting from her ears when asked about her own strong form on Fox Netball’s Pivot.

“Individual performances don’t matter when the team’s losing,” she fumed.