We talk to Diamonds head coach Stacey Marinkovich about what she's made of the season so far and ponder Commonwealth Games selections in our Round 5 Preview.

It’s not just competition standings on the line this weekend in Suncorp Super Netball’s Round 5.

Diamonds selectors will meet on Sunday evening ahead of next week’s squad announcement for the Commonwealth Games in Birmingham.

A maximum 22 players can be named, but national coach Stacey Marinkovich will keep a handful of spots open to give fringe candidates more audition opportunities.

Can the Diamonds afford to overlook Donnell Wallam?

Selection in the squad would give the SSN rookie a sniff of one of netball’s great fairytales.

Overlooked for a fulltime contract in her home state Western Australia, the Queensland Firebird’s 47-point average is a bold ‘I knew I could cut it’ statement.

And now Birmingham is in her eyeline, with Sunday’s appointment with the Adelaide Thunderbirds an additional chance to show Diamonds coach Stacey Marinkovich her talents.

The hard reality is that rookies are rarely blooded at netball’s two premier tournaments – the World Cup and Commonwealth Games. Chances taken on new faces in Quad Series or Constellation Cups are not repeated on the greatest stages.

That would be unfortunate in the case of Wallam who has done everything asked of her by Firebirds coach Megan Anderson. Only the great Jhaniele Fowler has scored more heavily than Wallam this season and she has amassed 75 more goals than the next most prolific Australian shooter Cara Koenen.

For now, though, Wallam remains in the thoughts of Marinkovich and fellow selectors Anne Sargeant and Michelle Wilkins.

“I’d seen her in the west and had my eye on her while she was in Leeds,” Marinkovich said. “What we didn’t have was a comprehension of what that would look like against elite defenders in Super Netball.

Adelaide’s road trip to Brisbane should at least add a fresh dimension to the Wallam conundrum.

The selectors have so far only seen her stand Australian defenders, including Diamonds starter Courtney Bruce.

How she combats Jamaican firecracker Shamera Sterling is precisely the assignment Diamonds bosses want to assess. 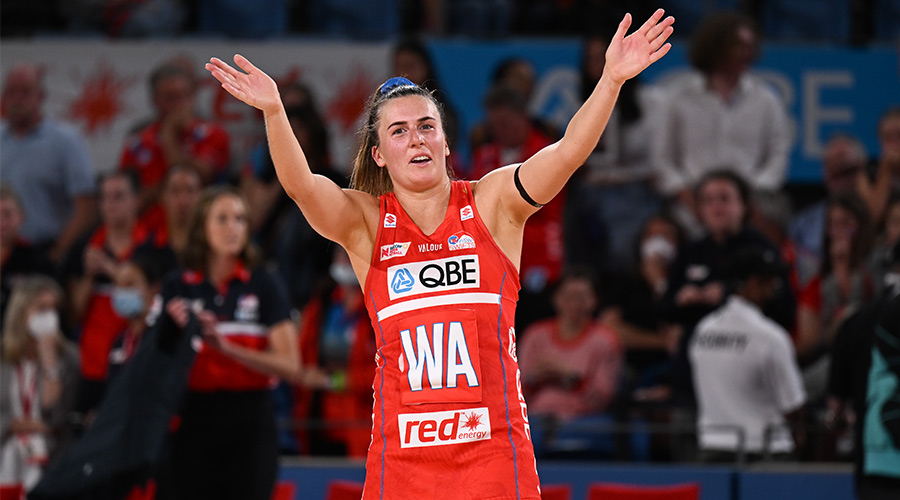 Barring injury or illness, the 14 Diamonds who toured as part of the Quad Series in January, can expect selection in the extended squad.

Marinkovich said shaping the Australian team evolves over years, not weeks. That’s great news for those familiar with the Diamonds set-up and not so pleasant for bolters like Wallam and West Coast Fever’s Sasha Glasgow.

What is certain is that versatility is highly prized and, with COVID-19 still causing sweats, clarity over the rules governing shadow players is needed.

A coronavirus outbreak in camp could mean the end of the tournament for multiple players so incoming Diamonds must be equipped to handle any role.

That weighs in favour of West Coast’s Jess Anstiss who remains uncapped internationally but could do a job for Australia at either centre or wing defence.

The Fever host the NSW Swifts and both Maddy Proud and Maddy Turner would also be in the frame for selection.

Marinkovich has seen Turner train with confidence at wing defence but her starring performance in that position against the Collingwood Magpies in Round 3 would have been a welcome reinforcement of what the Australian coach suspected.”

“You’ve got to take into account depth and versatility. You can’t have a multitude of one-position players,” the national coach said.

“If you get illness in the camp then you can’t be in a position where you’re robbing Peter to pay Paul.” 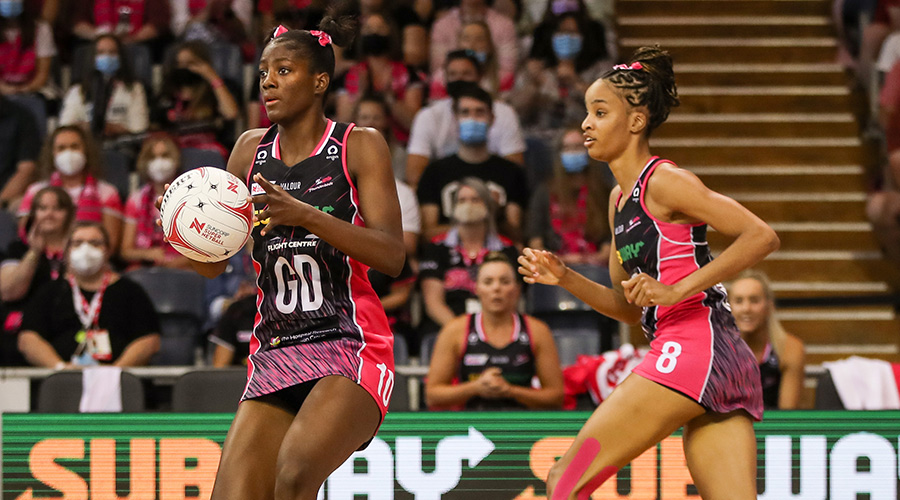 The Diamonds were a mile ahead at January’s Quad Series but what ought to be made of Australia’s rivals?

If Super Netball form is a reliable guide, Jamaica should be optimistic.

Sterling and Latanya Wilson were awe-inspiring in a losing Round 4 side and would be expecting to build their combination against the Firebirds.

Fowler is peerless and there were signs of spunk in Round four from Shimona Nelson whose Collingwood Magpies are on the road against Giants Netball on Saturday.