The Lightning win two on the trot, the Vixens get back on track, the Magpies stun the Firebirds and the GIANTS and Fever play out an early game of the year contender in Round 6.

Grinding wins for the Sunshine Coast Lightning, Melbourne Vixens and Collingwood Magpies in Round 6 compressed the Suncorp Super Netball ladder while Giants Netball reminded the league they are a title threat.

Pressure, and how teams handle it, is critical in a competition where only two wins separates the second-placed West Coast Fever from last-placed Collingwood Magpies.

The Lightning, Vixens and the Magpies revelled under the microscope over Round 6, exhibiting commitment to game plans and an ability to nail their skills.

Julie Fitzgerald’s Giants showed composure that can only be honed under pressure in big moments.

This was not the same team that was found wanting in last year’s grand final.

Trailing by three at three-quarter time, the Giants were almost perfect in the final term against the Fever.

Amy Parmenter, who had earlier spent time on the bench, clamped the Fever’s feeders as the home side dominated possession in those crucial closing minutes.

Sophie Dwyer has learned from her grand final experience and was a Round 6 rock.

With the game on the line she demanded the ball. Seconds after conceding a turnover, she shrugged off the mistake and sank a Suncorp Super Shot to put her team in front by one.

Together with captain composed Jo Harten, the pair shot a perfect 18/18 for the final quarter.

“We struggled the first few matches this year,” Fitzgerald said.

“To see them fight that out, maintain composure and know they were still in the game made me proud.”

The Fever are too good a side to fade away. But they will reflect on a series of penalties, a replay and a held ball at the beginning of that last quarter as key moments that cost them victory. 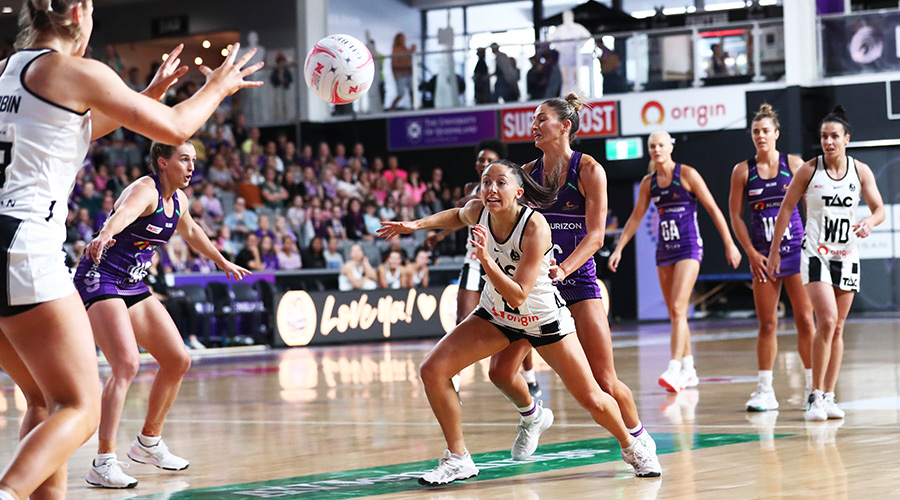 There was no shortage of extraordinary performances in the Magpies’ surprise win away from home against the Queensland Firebirds.

While all that was going on, wing defence Ash Brazill led a stifling of the Firebirds feeders that ultimately made a difference

With many questions lingering around the shape of the Diamonds’ midcourt, Brazill reminded everyone why she was an undeniable selection in the Australian side for the Quad Series in January and a leading contender for a maiden Commonwealth Games appearance. 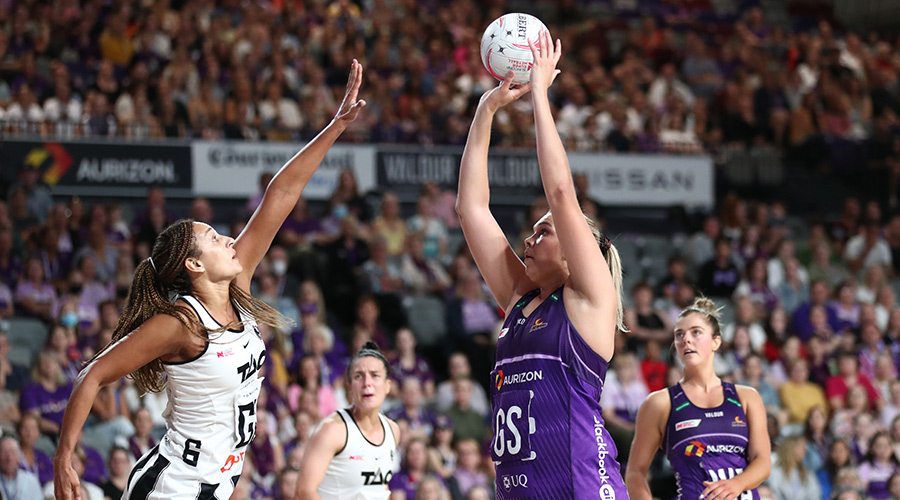 The Queensland Firebirds host the NSW Swifts on Saturday in a clash expected to feature even more fireworks than usual.

Queensland’s attack failed to wriggle free from the determined Magpies who are a better team than their eighth-placing suggests.

It was also a priceless experience for Donnell Wallam who, after a flying start to her Super Netball career, has had a lean fortnight.

The Firebirds sensation averaged 45 goals across the first four rounds before being restricted to 30 and 31 goals by marquee international defenders Shamera Sterling and Geva Mentor.

Stung by a home loss to the Lightning, the seventh-placed Swifts are in the midst of a tough stretch against opponents dotted near them on the ladder.

After the Queensland trip they meet the Giants (fourth) and the sixth-placed Adelaide Thunderbirds.

“If you look at the Lightning’s win against the Vixens it shows anyone can win on the day,” Swifts skipper Maddy Proud said.

“That’s why the next few weeks are critical.”

After a quiet start to the season, the Magpies’ Shimona Nelson has averaged 53 goals from her past three outings.