The Vixens and Firebirds played out a classic, the Thunderbirds snapped their streak, the Fever held on and the Swifts rule NSW in a red hot Round 8.

Three cliffhangers and the resurrection of the Adelaide Thunderbirds at USC Stadium provided the talking points in Round 8.

The Diamonds coach’s hook-ups with the selection panel ought to be more complex by the week given the thought bubbles tossed her way by the contenders for Commonwealth Games selection. 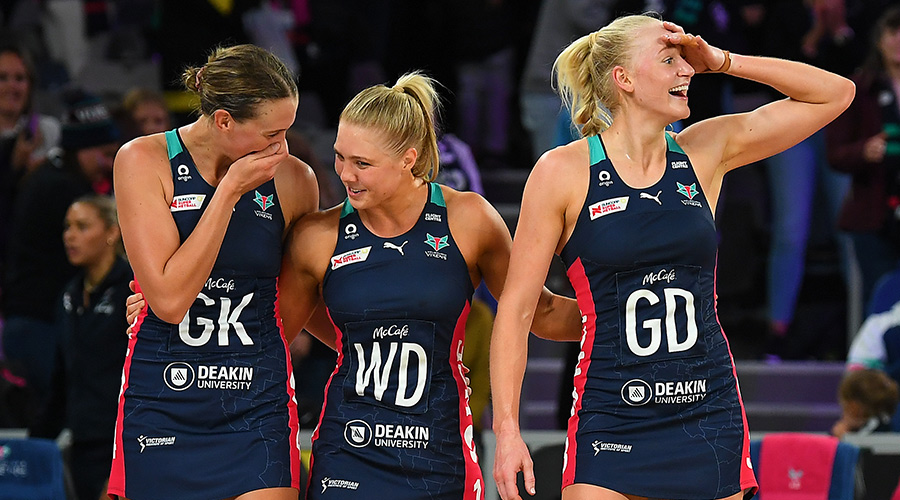 Moloney, in particular, was a huge factor from wing defence in her shutdown of Lara Dunkley.

Shamera Sterling will never wear Australian green and gold. What the Jamaican will do is provide a 190cm hurdle in Birmingham, and cause headaches for a string of Diamonds contenders.

The Collingwood Magpies did everything but stage an upset in Perth.

But if Marinkovich is scanning the field for a back-up for Liz Watson, it would be difficult to go past Magpie Kelsey Browne’s busy performance.

Which brings us to the Sydney derby.

And Giant Amy Parmenter’s versatility once again demonstrated her value. The statistics do not show how accountable she made the Swifts feeders after her move to centre. 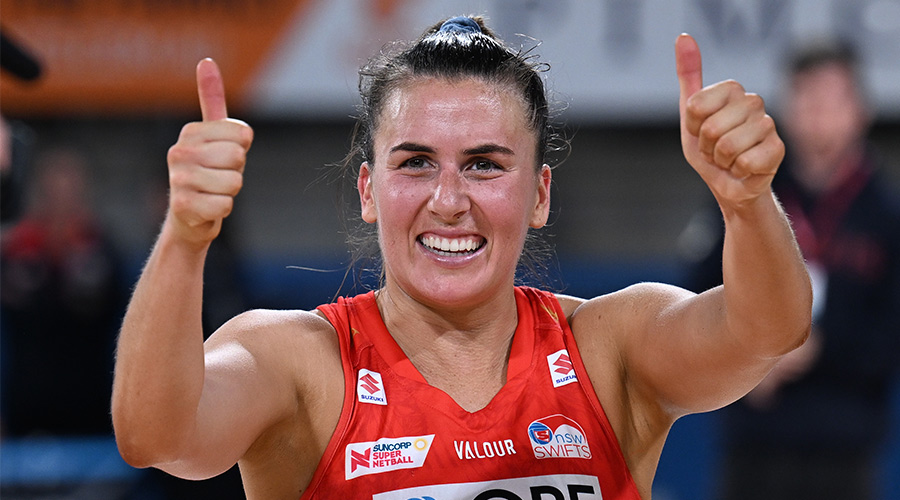 Swifts co-captain Maddy Proud has given Marinkovich plenty to think about too.

Overlooked for the Diamonds squad, Proud shrugged off the disappointment with her third 50-plus feed performance of the season – this time from centre.

Proud leads the league for feeds, goal assists and feeds with an attempt.

Coach Briony Akle pulled the old switcheroo between Proud and Paige Hadley and the midcourt duo nailed their brief, at least until Hadley left the court with blood trickling from a cut above her eye.

“That change between Maddy and Paige definitely made a difference,” Akle said.

“In previous games Paige has done a fantastic game at wing attack and Maddy going into the middle opens that court up.”. 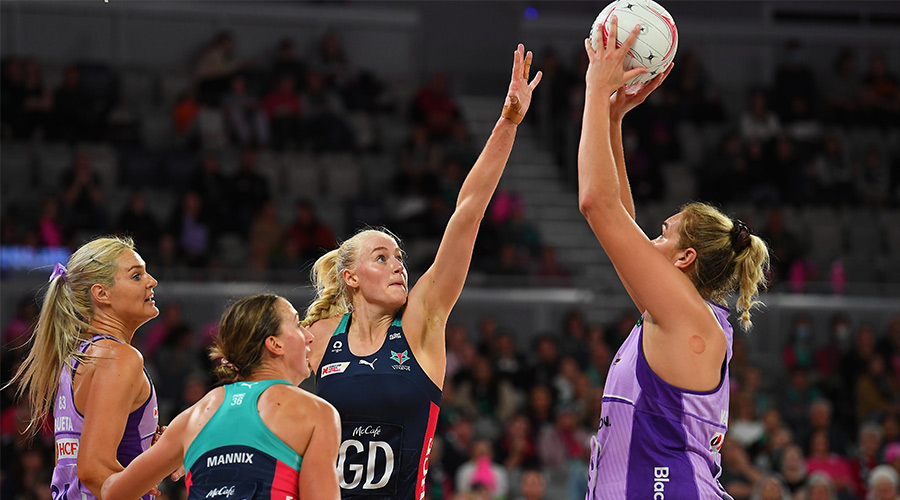 The Firebirds and the Magpies could hardly have played any better despite losing their Round 8 assignments by a combined seven points.

Poor shot selection inside the last five minutes hurt the Firebirds against the Vixens while the Magpies rued a handful of stray passes and dropped balls at the death in the loss to the West Coast Fever.

They were upset opportunities missed, and now the impressive Firebirds and rising Magpies must face each other in a Collingwood home game in Tasmania.

The match brings together Firebird Kim Ravaillion and Molly Jovic, the Magpie who plays a very similar style to the Queensland captain.

It also promises to be a shootout between Wallam and Shimona Nelson who are gunning for the silver medal position behind goal-scoring machine Jhaniele Fowler.

The influence of Shamera Sterling called for seven positional changes from the Lightning to combat the Jamaican star.