Every Round 9 Suncorp Super Netball game has a critical bearing, either on the top four or the wooden spoon.

On the eve of the Firebird’s 100th national league game, against the Collingwood Magpies in Hobart, it is a valid question to ask.

Parenthood clearly sits well with Bueta (nee Tippett) who has been dominant this season, eight years after she debuted with the NSW Swifts.

The 28-year-old is fourth for Nissan Net Points, averaging a whopping 75 points per game. Net Points are not the be-all-and-end-all, but in this case they are a fair reflection of her 21 points (86 per cent accuracy) and 19 feeds per game influence.

It’s also consistent with her numbers in 2021 in her comeback season.

Based on Champion Data statistics, the goal attack is improving with age and parenthood.

Aside from a breakout 2019 season during which she averaged 28 goals a game and collected the Liz Ellis Diamond, the trend is certainly upward.

The Hobart showdown is a pivotal one for both teams.

Both have nothing to show in terms of competition points from last weekend when they each pushed the league’s top two, West Coast Fever and Melbourne Vixens.

The Magpies will at least have another shooting option via the return of Gabby Sinclair to the side. 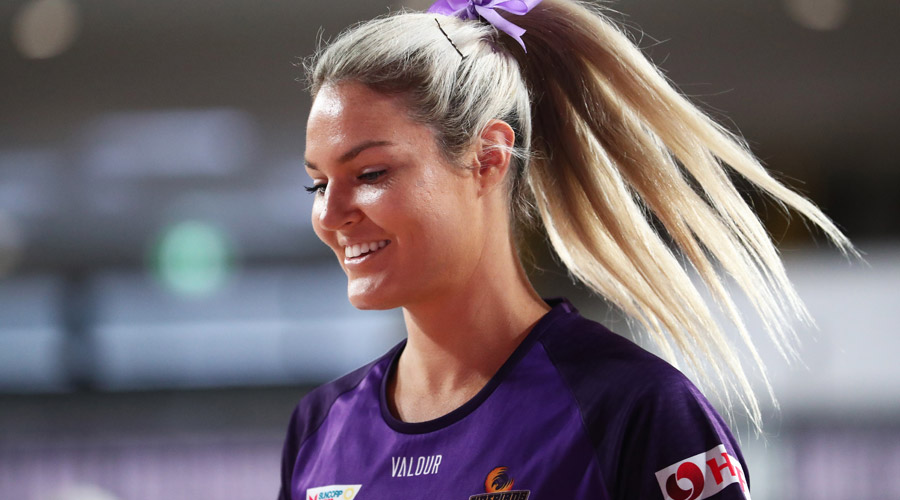 There’s good news and bad news for Steph Wood and Cara Koenen ahead of Saturday’s Pride Match against the Fever at USC Stadium.

After forgettable shooting performances against the Adelaide Thunderbirds, Round 9 is a fresh opportunity for the Lightning duo to stage a reminder of how powerful a combination they are.

The bad news is they will have to do it against their Diamonds teammates Courtney Bruce and Sunday Aryang.

Last week’s 63 per cent accuracy was perhaps a reflection of the cumulative effect of a difficult season so far for the Lightning who must win big for the rest of campaign to stay in the finals hunt.

Some of the team’s poorest performances have been at home and coach Kylee Byrne wants to snap that trend.

“You look at how they respond,” Byrne said when questioned about Wood. “In this level you’re going to have up and down days.”

“This week I’ve seen her respond like a true champion. Under fatigue, she’s gone to the post and put in the effort.”

Chelsea Pitman is back in the match day team, which provides the Fever with another slick pair of hands on the circle edge. 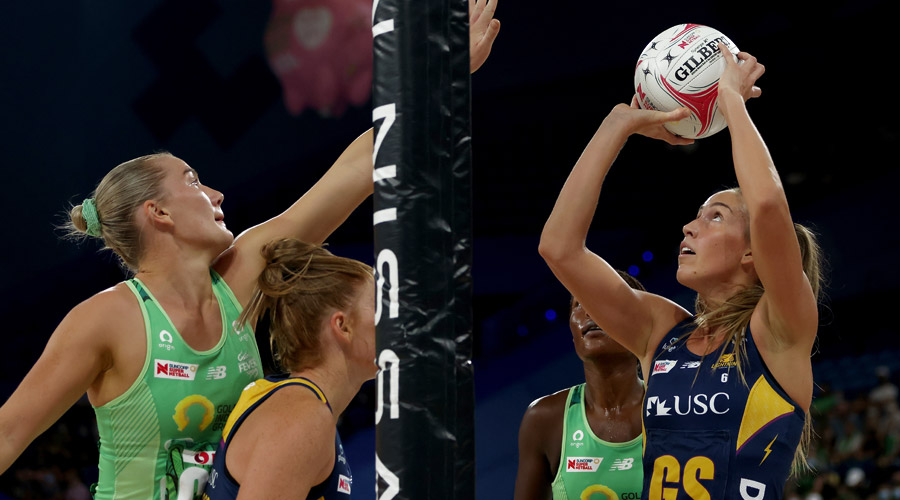 You know what a sublime competition it is when Melbourne Vixen Mwai Kumwenda is outside the top three goal shooters.

Were it not for Jhaniele Fowler, Shimona Nelson and Donnell Wallam, netball would be talking much more about Kumwenda ahead of her match-up against Netball Giants defender Tilly McDonell on Saturday.

There have been moments this season when Kumwenda has carried her team towards victory, including last week’s impressive win against the Firebirds.

The clash at Ken Rosewall Arena is an opportunity for the Vixens to show some consistency.

One key figure could be Hannah Mundy, the least experienced of the Vixens midcourt but a player who has had impact when used off the bench. 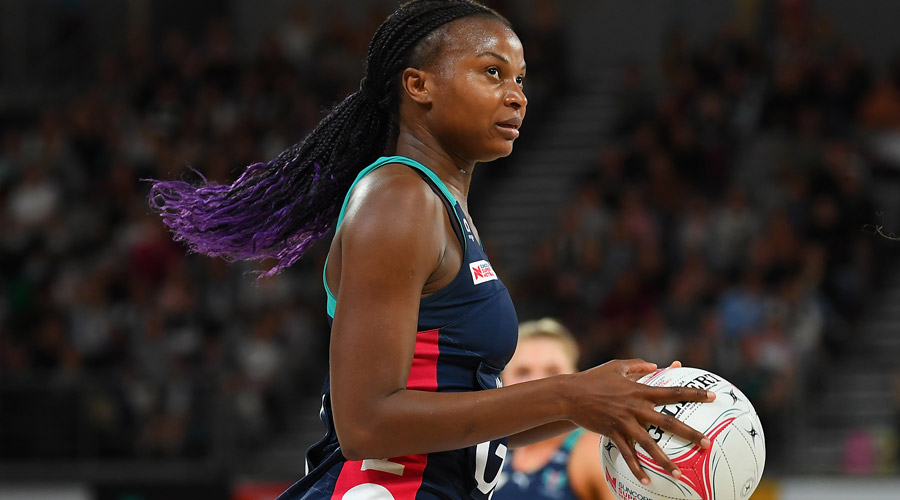