Our top four is locked in and ready to rock on Semi-Final weekend. But how did they get here? We look back at the 2021 season for the GIANTS, Swifts, Fever and Lightning.

All the players have said it, but it bears repeating. In terms of the Suncorp Super Netball league and everyone involved in it, 2020 was a walk in the park compared to 2021.

Yes 2020 had a delayed start, it saw six of the clubs abruptly up-root and move to Queensland at a moments notice, and those who left for Queensland had to support their friends and family back home from afar as the Coronavirus pandemic raged across the planet.

2021 has had all of that, plus more travel and no certainty.

And somehow, we’ve come to the end of the fifth Super Netball regular season. All 8 teams played their obligatory 14 matches each, every state hosted a game (sorry ACT and Northern Territory), four teams have entered the off-season and four will battle it out for a chance at Grand Final glory.

So how did they get here? Let’s start with the GIANTS.

The girls in orange had a roller coaster of a season but finished strong, locking-up their second minor premiership in club history. And that’s what it should take to finish on top of a competitive league.

They opened the season by winning four straight matches, ran into the Fever (and the Western Australia border rules) in Round 5, went on a three-game losing streak, then sprinted home with five wins from the last seven matches, sealing the minor premiership with a crucial win over the Fever in the last game of the regular season.

The most impressive thing about this GIANTS side is how they have responded when tested. Losing Kiera Austin for the season in Round 1, taking it right up to the Fever on the road after the border closure snafu, missing their vice-captain Kristiana Manu’a for large chunks of the season and then knocking off the Fever in Round 14 with just eight players available.

While Jo Harten and Sophie Dwyer were incredible in the shooting circle (the GIANTS scored an equal third high 853 points) and that young midcourt continues to impress, their defensive unit quietly allowed a league-low 797 points against.

With the ability to shutdown opposition attack ends, outwork midcourts and delete any deficits in the blink of an eye in the Power 5 period (they hit a league high 93 Super Shots), the GIANTS are not going to be easy to beat this post-season. 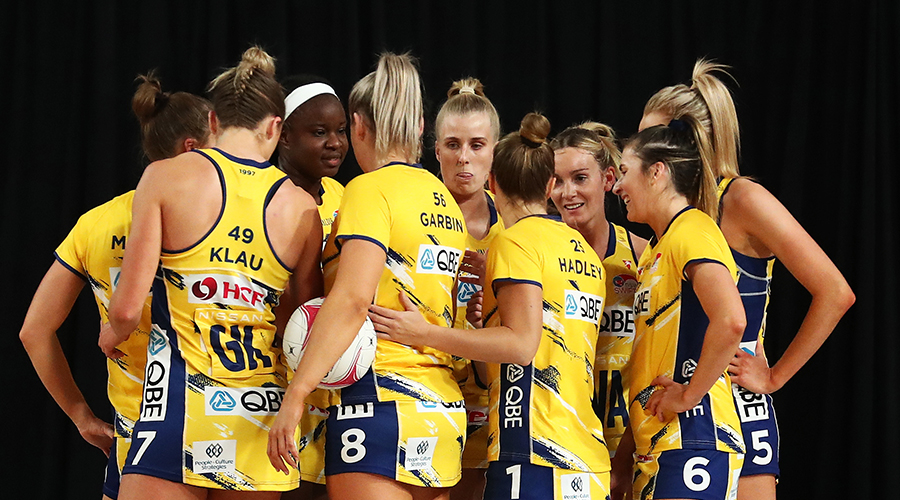 The team that has the honour of doing just that first is the NSW Swifts, who missed out on the minor premiership by just 1.46%. And it should be a beauty too, after these two cross-town rivals split their two matches this year.

They struggled for consistency early in the season, going four wins and three losses in the first seven rounds. But a three-game winning streak got them back in the top four hunt, and two wins in three days to finish the season secured them a hard fought second place.

The Swifts beat teams by piling on the scoreboard pressure with their unbelievable scoring efficiency (league leading 73.4% centre pass to goal rate) and ball security (289 general play turnovers was the third lowest) while stifling the opposition with their rock-solid defence which allowed the second lowest points against total with 808.

Their attack end is essentially automatic from 1-point land, hitting 93% of their shots, and devastating when taking aim in Super Shot territory, draining a league-best 56.2% of them. That being said, only the Lightning attempted less Super Shots than the Swifts’ 73 in 2021.

Sarah Klau, Maddy Turner and Lauren Moore represent arguably the best defensive trio in the competition. While they don’t force the crazy gain numbers that other teams do (only the Firebirds had less than their 160 gains) they rarely give teams the number advantage over them, committing the least combined contact and obstruction penalties in the league (681).

And, while there has always been question marks around what their best midcourt lineup is, there is no doubting that Maddy Proud, Paige Hadley, Nat Haythornthwaite and Tayla Fraser have done everything they have been asked to do to get their team two wins away from their second Super Netball Premiership. 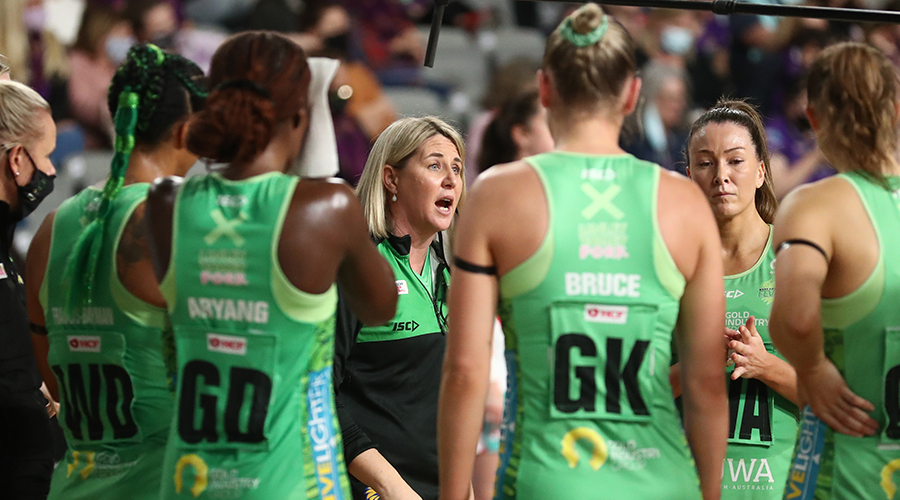 Which brings us to the controversial third-placed Fever.

They erased their -12 premiership points penalty in just three rounds, didn’t lose a match until the Swifts rolled them in Round 9 (Fever’s eighth game, long story), snapped a two-game losing streak by winning four straight before the GIANTS stunned them to pinch the minor premiership on Saturday.

Without that penalty, they would have finished two-games clear on top and would be the odds-on favourites to take the shortest route to the big dance. You do the crime; you do the time.

Of course, the Fever are built around their elite bookends in Jhaniele Fowler and Courtney Bruce, and both have gone ballistic this year.

Fowler, who might be the favourite to win her fourth straight league MVP, led the league in Nissan Net Points (1447.5), goals scored (788), shooting accuracy (97%) and total points scored (792). The most important thing for the Fever attack is that they have been able to find consistent secondary avenues to goal in Alice Teague-Neeld and Sasha Glasgow, something they have struggled with since Nat Medhurst left in 2018.

Up the other end, Bruce has been immense. Her 88 deflections led the league, her 44 intercepts and 84 gains were the second highest and she totalled the third highest Nissan Net Points and defensive rebounds with 924 and 22 respectively. Like Jhaniele up the other end, Courtney has thrived with added support, with Sunday Aryang continuing her development at GD and defensive utility Stacey Francis-Bayman being her ever-reliable self.

The midcourt has been solid, with mainstays Jess Anstiss and Verity Charles locking down the centre and wing attack positions for much of the season. With Francis-Bayman behind them at wing defence, this midcourt has brought the perfect mix of speed, power and size that’s needed to mix it with the best. 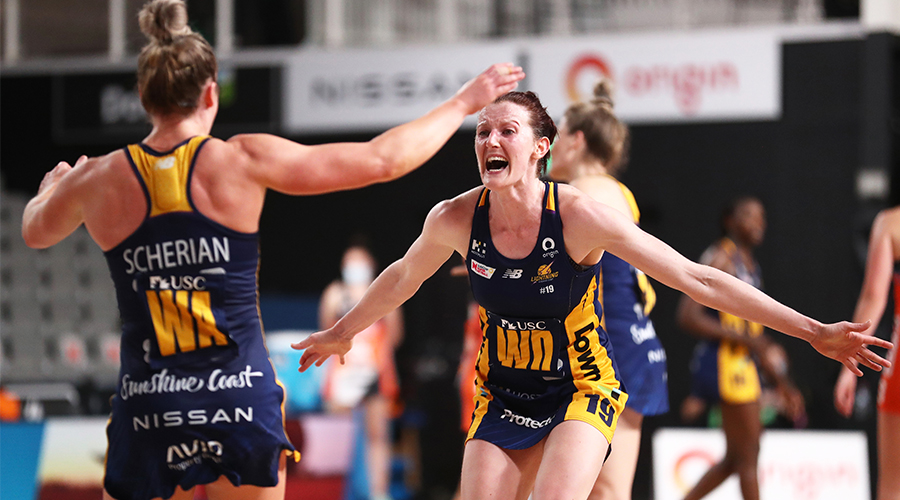 And they’ll be mixing it with the Lightning this weekend, who finished the season fourth after a loss to the Swifts in Round 14.

There were times during the season when the consistent Sunshine Coast looked like they might pull away from the pack. But, after a six and two start to the season, some cracks started to show. Disappointing losses to the Vixens and Thunderbirds, the completion of a season sweep by the Firebirds and a tough finish against the Swifts saw them drop to fourth.

But that won’t bother the Lightning too much. We’re talking about the only club to ever win the SSN Grand Final from fourth place, so they know that anything can happen if you’re playing on Semi-Final weekend.

All eyes will be on Steph Wood, who has struggled with injuries in the tail end of the 2021 season. Wood’s relationship with Cara Koenen in the shooting circle has been crucial to their success, so seeing her on the sidelines in a moonboot during their Round 14 match will have some alarm bells ringing.

The biggest question mark coming into the season was how they would go about replacing one of netball’s GOAT’s in Laura Langman. That unenviable job fell to new recruit Mahalia Cassidy, and she has done an admirable job. We’ve seen her get moved around the court, sharing the centre position with Maddy McAuliffe, but I think it’s clear this group looks best when McAuliffe is at wing defence, Cassidy is at centre and Laura Scherian runs the wing attack spot.

The ever-reliable defensive pairing of Karla Pretorius and Phumza Maweni have been as steady as ever, allowing an equal third-lowest 834 points against, but we have seen a dramatic drop-off in gains this season. I saw some great theories about this being a direct result of Langman’s absence, and I tend to agree. Whatever the issue, these two combined for just 101 gains this year, 31 less than they did in 2020.

Next thing to do is to cheer these four on. If you’re lucky enough to be in Queensland, head to Ticketek Australia and get your tickets. Or, if you’re like me and watching from afar, watch every game of the 2021 finals on Channel 9, the Netball Live App or on your Telstra TV from 1pm AEST this Saturday.