Our 2021 position group ranking system is moving to the shooting circle this week, as we rank the attack ends of all eight clubs.

The big question mark surrounding the Fever’s shooting circle last pre-season was can one of either Kaylia Stanton or Alice Teague-Neeld give Jhaniele Fowler a bit of a chop out?

All they needed was someone to score eight of the team’s 70 points, rack up 15 goal assists and keep opposition teams from double-teaming the best scorer this league has ever seen.

Which is exactly what Teague-Neeld did!

She had the fourth most Goal Assists of any player during the regular season (240) and the most Feeds of any non-midcourt player (311) to go along with the 102 total points she scored.

Bringing in Sasha Glasgow from the Thunderbirds to replace Kaylia Stanton, who never quite seemed to fit the “give it to Jhaniele” attacking plan, gives this team 60 minutes of all-out scoring no matter who’s on the court. 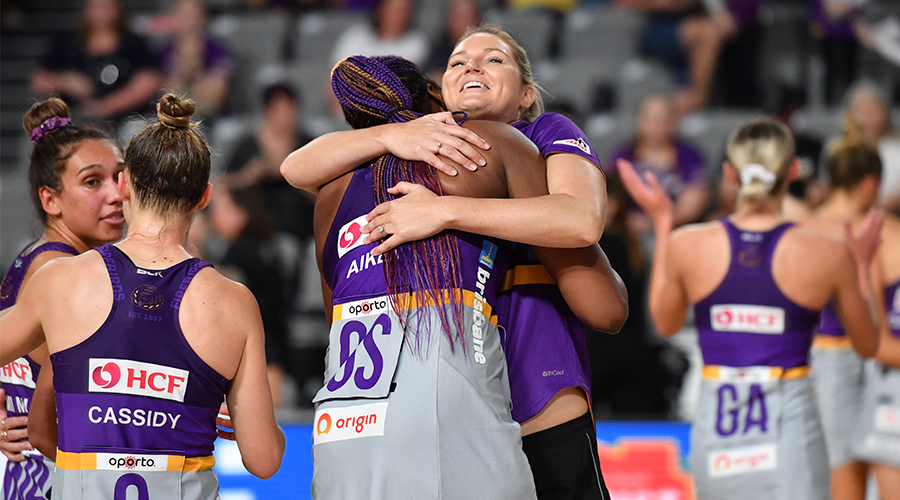 Coming into the 2020 season, most people were wondering where the Firebirds scoring was going to come from.

Romelda Aiken was coming off one of the worst seasons of her prolific career, team talisman Gretel Bueta announced she would be sitting out the season putting a lot of pressure on Tippah Dwan and Ine-Mari Venter to pick up the slack.

What eventually happened was Aiken scored the second most points in the competition (588) and led the league in offensive rebounds (110), while Dwan immerged as one of the most exciting attacking prospects in the country.

Now new Firebirds Head Coach Megan Anderson has the enviable job of working out how to work Bueta back into this already dangerous attack end.

This should be a really fun shooting circle to watch in 2021. 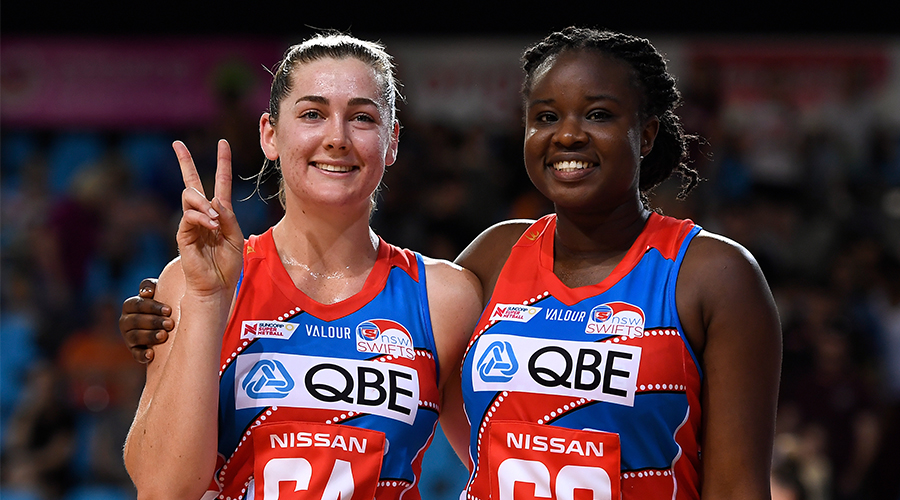 It goes to show how much firepower there is in this competition that a shooting circle consisting of Helen Housby, Sam Wallace and Sophie Garbin isn’t our top ranked one in the league.

Much like Fowler and Aiken, Wallace has become as close to un-guardable as you can get at the Goal Shooter position. She scored the third most points in 2020 (522) but unlike the next two scorers, she consistently punished defences during the Rebel Power 5, draining 40 Super Shots for the year.

When fully healthy, Housby is one of the best players on the planet, there’s no doubting that. But she has missed seven games in the last two seasons and hasn’t looked 100% after returning from those injuries.

We back her to play every game this season, but if for some reason she can’t, they have a solid backup in Sophie Garbin who proved she can step in when called upon.

This is a really strong group, and we expect them to put a hurting on almost any defence in the competition this season, we just like the Fever and Firebirds a little more.

Boy was it tough picking the next two, but the Lightning get the nod as our fourth team on the list because of their depth.

The sky’s the limit for 24-year-old Cara Koenen, who seems to get better every time she steps on the court. She scored the fourth most regular season points of any player last year (456) and is as reliable as anyone in the competition when she turns to shoot (89% shooting accuracy).

One thing Koenen doesn’t do is hit those precious Super Shots, but that’s not a problem when Steph Wood is flying around at GA and firing in 45 two-pointers at 59% shooting accuracy.

Wood and Koenen represent one of the strongest shooting circle pairings in the league and are backed up by Peace Proscovia. While she hasn’t been the homerun signing that many thought she would be at the start of the 2019 season, Proscovia gives the Lightning a completely different look up front when she is injected into the game off the bench.

While they may not have the flash that the first three teams have, this is a dynamic shooting circle that can be relied on to put up winning scores week in, week out. 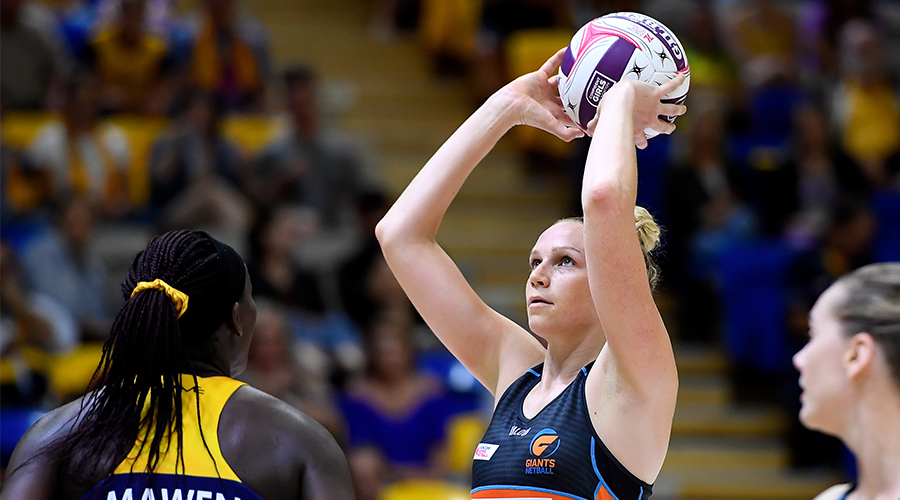 The GIANTS shooting circle spent a lot of time at number four during our deliberations, but eventually dropped to number five because of the questions we have surrounding their depth.

Jo Harten could be the most dangerous all-around scorer in the game, with her ability to score from under the post and from long range. She led the league in Super Shots made last season with 156 of her 395 total points coming from two-point land.

Even before Caitlin Bassett announced she would be leaving the team in the offseason, the sharp-shooting Kiera Austin had already become Head Coach Julie Fitzgerald’s first choice to share the shooting circle with Harten.

Austin’s clever movement around the circle, slick passing, and calm shooting works brilliantly with Harten’s prolific scoring ability, but we still don’t really know what the team has in 20-year-old shooter Sophie Dwyer.

By all reports she has a very bright future ahead of her and she has obviously shown enough promise to earn herself a spot on the 2021 roster, but it’s hard to put the GIANTS higher without a bit more proof that she’s ready. We’re excited to see what she can do with more court time. 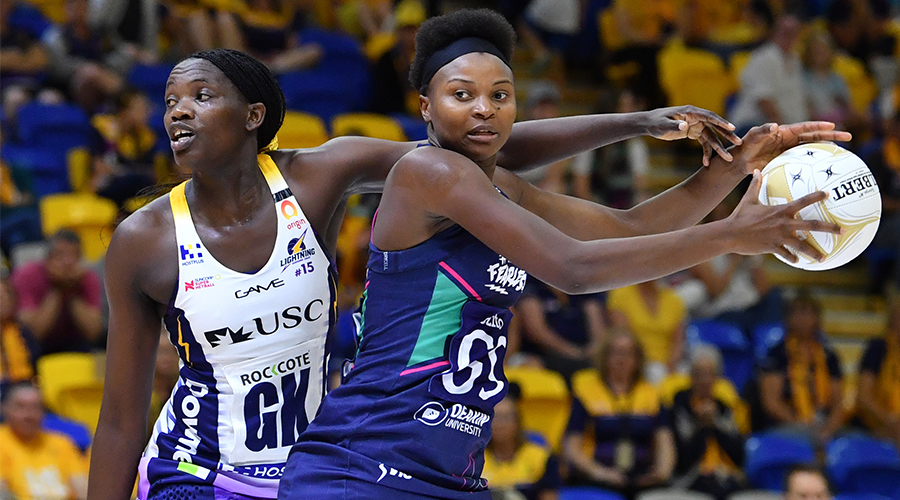 Premiership or not, losing Caitlin Thwaites and Tegan Philip is going to hurt the Vixens in 2021.

Mwai Kumwenda, fresh of her Grand Final MVP performance, is incredible and the exact kind of player you want to build an attack end around. She has the size and strength to dominate under the post and the athletic ability to outwork the bigger defenders around the league.

But it is what’s around her that we aren’t so sure is going to be able to mix it with the best shooting circles in the competition this season.

Kaylia Stanton joins the team from the Fever and will likely move into the GA position. We’ve seen Stanton struggle to make an impact at Goal Attack the last few seasons, so we aren’t convinced she can be the second fiddle the Vixens will need.

Of course, sharing a shooting circle with Jhaniele Fowler isn’t for everyone so this change of scenery might be just what the 26-year-old needs to reignite her career.

Behind those two is former Vixens training partner Ruby Barkmeyer, who looks set to make her SSN debut this year. While Barkmeyer has impressed at DUANL and VNL level, there is no denying that she is an unproven player at the highest level.

We love MJ and can see a world where Stanton and or Barkmeyer seize that GA bib with both hands, but until then this is the sixth best shooting circle in the comp in our eyes. 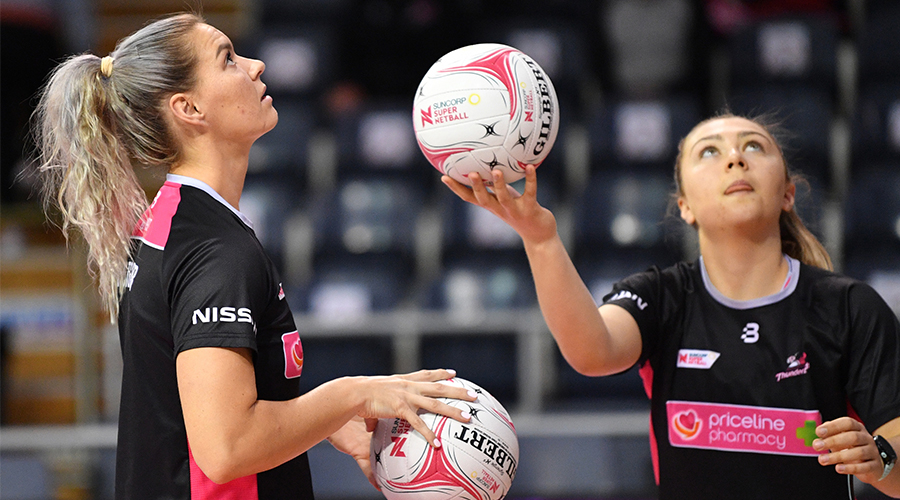 Ah, the Adelaide Thunderbirds shooting circle. What an enigma.

There are some good pieces here, even after you factor in losing Sasha Glasgow to the Fever. So why did they score the least points per game (54.9) of any team in the league last season?

Lenize Potgieter, who led the team in scoring with 443 points scored in 2020, is a stud at Goal Shooter. She’s outrageously reliable under the post, shooting 96% from one-point land last year, and has proven at every level that she can be the focal point of an attack.

Georgie Horjus showed flashes of brilliance in 2020, particularly from Super Shot distance where she scored 82 of her 215 total points for the year. Her confident shooting and cool head should continue to work nicely with Potgieter.

Sam Gooden has all the makings of a great player in this league but will need to do a little bit more with her opportunities before we really start getting excited about her.

It may have been the game plan or even the midcourt play that led to this team’s offensive struggles last year. Either way, these three need to find a way to score the 60+ points that you need to win in this league. 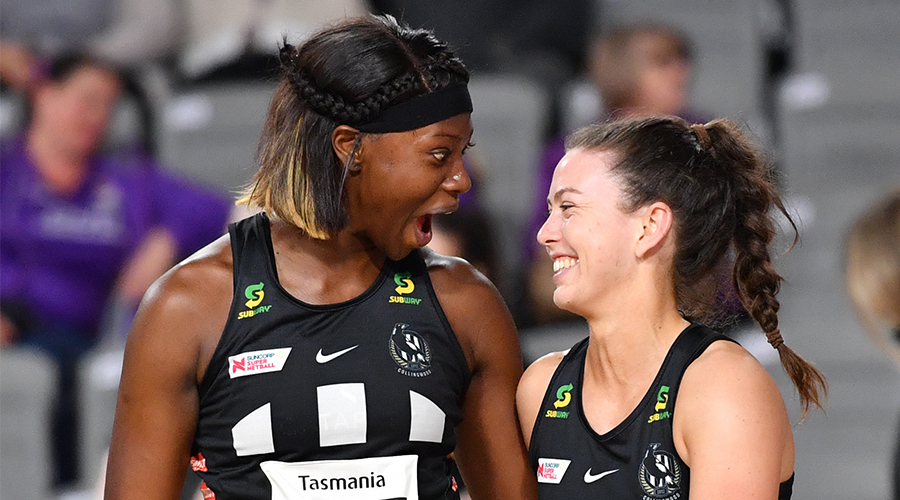 Last but not least, a Magpies shooting circle with a lot to prove.

It’s hard to believe that a team with the sixth highest scorer in the competition in Shimona Nelson and the player who hit the second most Super Shots in Gabrielle Sinclair, averaged the second fewest points per game in 2020 (55).

Part of the problem for the Magpies was the health of their number one target Nelson, who has megastar potential if she can get her body in a position to play close to 60 minutes a game.

Like we said, Nelson was the sixth highest scorer last season (415 points), but she played at least 50 minutes less than any of the top five scorers. They are clearly playing the long game with the 22 year old’s health, but they need to find a way to keep her on the court closer to that 55+ minutes per game that the top scorers average.

Sinclair is a solid starting GA who clearly loves the Super Shot and her ability to find teammates in scoring positions helped her finish with 208 goal assists, the sixth most in the regular season.

Former Southern Steel Goal Attack Kalifa McCollin could be a massive get, but we will have to see how her game translates to the SSN. If her 262 points scored for the Steel last season is anything to go by, Magpies fans should be confident.

Similar to the Thunderbirds, this one could be less about the shooters and more about the supply from the midcourt. The talent is here, they just need to get the job done every weekend.