Last week we ranked the defences of the league, now it's time to dive into the midcourts of the competition and see which one comes out on top.

In part two of our positional ranking series Circle to circle, we’re taking a deep dive into the midcourts of all eight teams and ranking them from best to worst.

Last week we covered the defences of the competition, with the Sunshine Coast Lightning coming out on top.

Let’s get stuck into the midcourts.

Yes, you read that right, after much deliberation and some heated arguments, the Melbourne Vixens are our number ranked midcourt coming into the 2020 season.

In the end, this one came down to Co-captain’s Kate Moloney and Liz Watson’s level of play last year, which was off the charts good.

Watson led all players in goal assists, with an unbelievable 430 in 16 games, and had the second most centre pass receives with 375.

Those 430 goal assists are made even more incredible when you realise that Moloney had the second most in the competition with 291.

The one question mark is Kate Eddy at the Wing Defence position. The former Swift is coming off a season ending knee injury and has been brought in to fill the hole left by Renae Ingles, arguably the best to ever play the position.

That being said, Eddy is one of the most highly regarded defensive midcourters and should excel with two of the best attacking mids in-front of her.

In Laura Langman, Laura Scherian and Maddy McAulliffe the Sunshine Coast Lightning have one of the most formidable midcourts in the country.

Few would argue that Langman isn’t the premier Center in world netball and her presence alone means the Lightning were always going to be in this lists top two or three.

Alongside the New Zealand international, Scherian has developed into one of the best Wing Attacks in the business. No one goes harder at the ball than the 167cm Scherian, who led the league with 428 centre pass receives and her 282 goal assists was the fourth highest in the competition.

McAuliffe is a steady if not flashy Wing Defence who seems better suited to the pace setting Center position than as a true defensive mid. When we compared McAulliffe to Eddy, most of us agreed that Eddy had the edge as a pure Wing Defence. 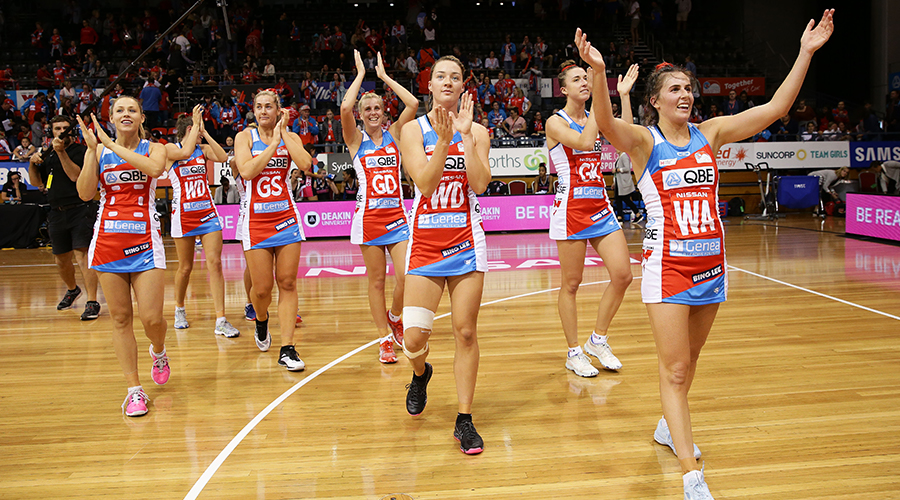 Ok Swifts fans, put down the pitchforks and hear us out. This Swifts midcourt has the talent to be rated higher than third, but there are just too many question marks for us to put them above the Lightning and Vixens.

Team Captain Maddy Proud is returning from a season ending injury and, if she’s fit and ready to go, should slot straight into the Centre position. Nat Haythornthwaite is a brilliant Wing Attack and should have no problems locking that spot up. But who plays Wing Defence?

Arguably the biggest loss for any team in the off-season was the Swifts losing Katrina Rore, their lockdown Wing Defence for their premiership winning run, and they could have a tough time replacing her.

Paige Hadley is the obvious choice, given she’s done it before for both the Swifts and the Diamonds, but that would mean taking the player who had the third most goal assists and Nissan Net Points in the league last season (288 and 1157.5) and playing her as a defensive mid. Big call.

Sophie Craig will also push for court time and can certainly fill the Wing Defence position but, in our opinion, Hadley is too good a player to be sitting on the bench. She’ll start.

In the end, working out how to structure your very talented midcourt is a great problem for Head Coach Briony Akle to have, but it’s a problem the coaching staff of the Vixens and Lightning don’t have to face, which is why the Swifts are third.

While we have some questions about the depth here, what the GIANTS do have is four young players desperate to stamp their place in the league. And that is a valuable thing to have.

Jamie-Lee Price is one of the most exciting young talents in world netball and at just 24 has already proven she can mix it with the best. With Kim Green retiring at the end of the 2019 season, JLP is now the leader of the league’s youngest midcourt.

Behind Price is the reigning Rebel Rising Star award winner Amy Parmenter who had a huge 2019. Parmenter’s speed and uncanny ability to read the play helped her put up some incredible numbers, including 25 interceptions and 57 deflections.

And former GIANTS training partner Maddie Hay, who played much of last season for the Canberra GIANTS, has been elevated to fill the Wing Attack position left vacant by the retiring Green. Now that's a huge pair of Netburners to fill.

While she mainly played at Center for Canberra in 2019, Hay has the ability to play all three midcourt rolls and may even rotate with Goal Attack Kiera Austin who Head Coach Julie Fitzgerald likes to throw in there to mix it up.

The big question mark, of course, is Hay who has played just one game at the SSN level. But all signs point to her being another good young find for the GIANTS. 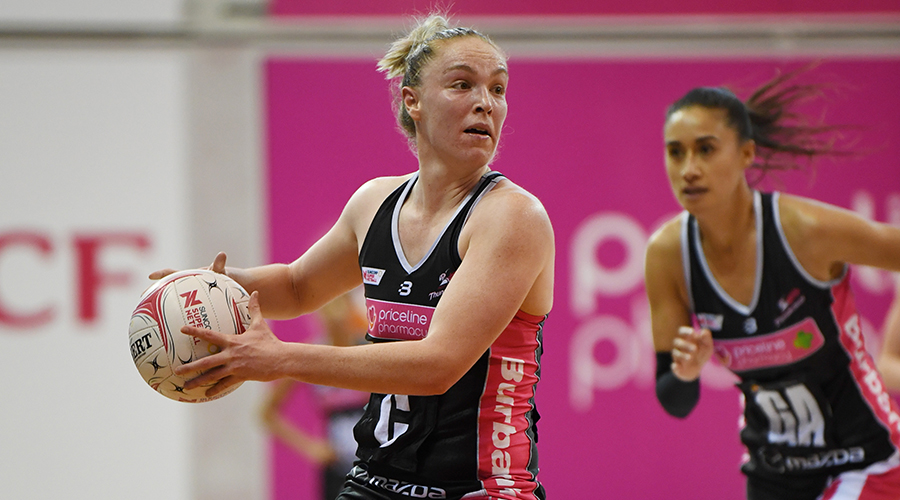 With two ultra-talented internationals and two local young up-and-comers, there is a lot to like about Adelaide’s midcourt group.

Hannah Petty should hold down the Center position after a solid 2019. She certainly didn’t blow anyone away last year, but it looks like she has another gear that she can go to.

South African international Shadine Van Der Merwe slotted straight in at Wing Defence after being brought in to replace the injured Beth Cobden in Round 6. She’s a classic defensive mid who adds that little bit of grit every good midcourt needs.

What can be said about Chelsea Pitman that hasn’t already been said? She is a consummate pro coming off another strong season and should enjoy working with a tall shooter like new teammate Lenise Potgieter.

And Maisie Nankivell’s off-season commitment to netball, after announcing she would step away from the AFLW, has Thunderbirds fans excited for the player she could become.

All in all it’s a solid group with no glaring strengths or weaknesses and that screams fifth to us.

The 2020 Magpies are an enigma, and nowhere is that more apparent than in the midcourt.

After losing Ash Brazill to injury and Kim Ravaillion to pregnancy in the off-season, the Magpies have nothing but question marks in the middle.

Madi Browne will be returning from a ruptured ACL she sustained during the 2019 preseason. When she’s healthy, she is one of the most dominant Centers in the competition, but who knows how she’ll rebound from such a serious injury.

Her younger sister Kelsey Browne is also on track to make a return from a ruptured ACL. Given the explosive brand of netball KB plays, only time will tell whether that injury will impact her game or not.

Melissa Bragg, who spent most of last season playing a key defensive roll for the Tasmanian Magpies, should get the nod at Wing Defence. She certainly looks ready to go but is ultimately unproven at the SSN level.

They’ll be backed up by former Victorian Fury and Tasmanian Magpies midcourt utility Molly Jovic, who was brought in as a replacement player when Brazill went down.

If the Browne sisters can get back to their normal ways and Bragg makes a smooth transition from ANL to SSN, the Magpies should be fine. But until then, sixth is where they stay.

We want to love this Queensland Firebirds midcourt, but we just have no idea what we’re going to get out of them in 2020.

Obviously Gabi Simpson is the crown jewel here, but the usually dominant Wing Defence went missing too often for our liking in 2019. With Gretel Bueta out for the season, Simpson is the number one player on the court for the Firebirds, she needs to play that way every game.

Jemma Mi Mi certainly looks like she could be one of the best young Centers in the country, but we’re still waiting for her to take that next step. It’ll be exciting once she does though!

New recruit Lara Dunkley showed flashes of the player many are slating her to be in her minimal court time with the Vixens. Could more opportunity as a starter mean this is the year she explodes?

Macy Gardner also showed flashes when she hit the court in 2019 and should relish the extra playing time she’ll see while Mahalia Cassidy is out recovering from injury.

There’s lots of talent here, but we’re taking the “we’ll believe in it once we see it” approach to the Firebirds midcourt.

The Fever are an interesting case because what’s here isn’t that bad, they just lack any game changers.

Jess Anstiss is a solid piece at Wing Defence and definitely holds her own against those top tier Wing Attacks week in, week out. But she hasn’t necessarily declared herself as a true game changer yet.

Verity Charles is a decent starting Center but is certainly a tier below those top-level Centers like Langman, Moloney and Hadley.

And Ingrid Colyer is more of a workhorse at Wing Attack than a momentum swinging athlete like the Watson’s, Browne’s and Scherian’s of the world.

In a league where every team has top tier talent running around in the midcourt, the West Coast Fever just don’t have players that we see stepping up and changing a game. Eighth seems right.