The price of a Suncorp Super Netball title just got steeper.

While the unbeaten Melbourne Vixens are in a powerful position, the performances across Round 4 revealed a spike in quality on almost every measure.

Over the first three rounds, the Vixens, NSW Swifts and Sunshine Coast Lightning had been following a linear path to the top of the table.

That all changed in Round 4 and here’s one example. West Coast Fever, at the bottom of the table and reeling from the loss of skipper Courtney Bruce, forced the Vixens to lift even higher to escape with a draw.

The Vixens easily cleared their first few assignments, while the Lightning and Swifts gorged themselves in a number of goal fests.

Kaylia Stanton produced one of the best performances of her career at goal attack to drag the Fever to within 13 seconds of a shock victory.

Stanton’s Fever conceded only 14 turnovers in a sign that the Perth outfit can not be discounted as an influential force.

Challenges of that ferocity demand an answer and Melbourne’s top tier responded. Liz Watson lunged from nowhere to create the deflection that changed the game in the dying seconds.

And when the big moment presented itself, Tegan Philip and Caitlin Thwaites called on combined experience of more than 300 games to conjure a match-saving play. 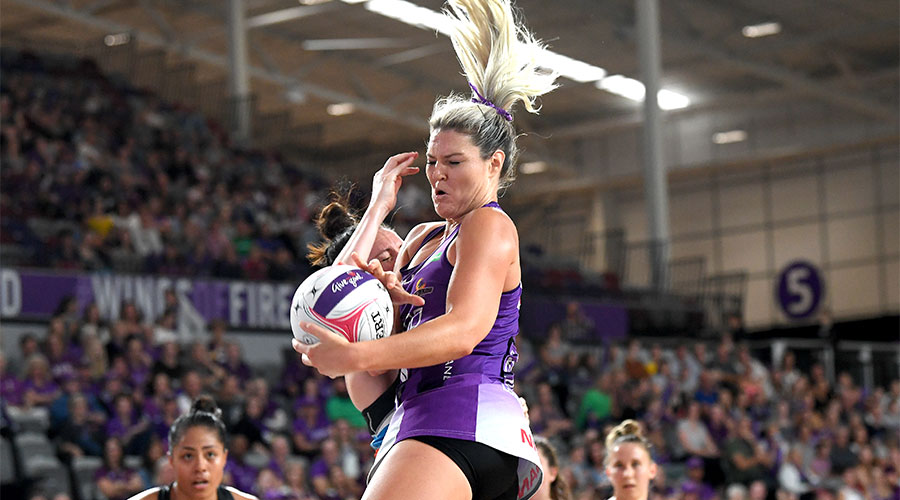 It’s classy acts like these that leave fans agape with awe at their amazing skill and athleticism.

Queensland Firebird Gretel Tippett believes the rising contribution of imports to the competition has made players across the board sacrifice and create more in pursuit of victory.

“That’s exciting. With more internationals in the competition, the standard grows every year,” she said.

“And we need to rise to that.”

Tippett has a point. Thunderbird Shamera Sterling has been on the scene for barely an instant and already she has equalled Sharni Layton’s record (eight) for most intercepts in a single game.

A day later, Karla Pretorius was just as dangerous in the Lightning’s thrilling win against the Swifts.

What that means for the Firebirds, who are still in search of their first win, is anyone’s guess.

As a unit, they are playing “mediocre netball”, according to captain Gabi Simpson.

There is light, however, in the form of Tippett who across the last two games has scored 81 goals without a miss.

“It’s not our lack of ability. There’s something deeper that we’ve got to find in those pressure moments,” Simpson said.

“Super Netball is the hardest it’s ever been.”