West Coast Fever have entered a new era in their club’s history, with the signing of Dan Ryan as Fever’s new head coach.

With the news of Stacey Marinkovich stepping down to take on the role of head coach of the Origin Australian Diamonds, the team from Perth set their goals on finding a suitable replacement for one of the game’s most prolific and distinguished coaches.

In the first week of September, Fever announced that Dan Ryan would be taking the reins of the winningest club of season 2021.

With season 2022 scheduled to commence in March of next year, and with players beginning to filter back into the club for pre-season, we spoke to Dan Ryan during the week to find out what he expects to bring to Fever, and to also learn a bit more about his netball upbringing. 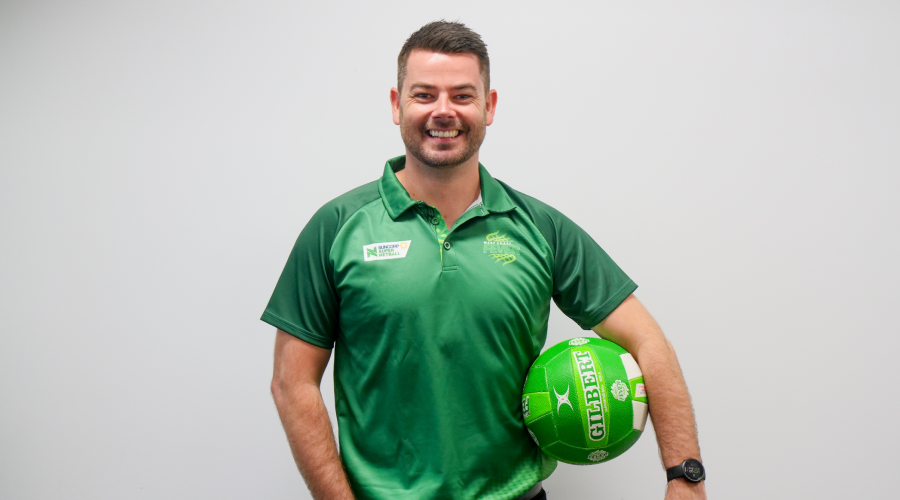 Philip Jurkovsky (PJ): At what age do you remember getting into netball and what sparked your interest in the sport?

Dan Ryan (DR): Netball has been a part of my life for almost three decades now. I was first introduced to the game by my Mum who played a lot when she was younger and I remember spending a lot of time by the side of a court watching her play. I played my first game at the age of eight and I have not looked back since.

PJ: What was your first role as netball coach and what inspired you to go down this path?

DR: My first coaching role was when I was 15 at Geelong College coaching the year 7 and 8 girls’ team. I needed a job for some pocket money and that’s how the coaching journey began. While I was playing at the elite level in men’s netball, I was always coaching on the side so the two went hand in hand and it became quite a natural career progression for me.

PJ: How did you find your first experience as head coach for the Thunderbirds in SSN?

DR: I spent six years with the Thunderbird — four as an assistant coach during the ANZ Championship and two as the head coach in the first two years of SSN.

Those two years as head coach were the toughest of my career and of my life to be honest. The club was in a pretty difficult place at the time, and it was probably way too soon in my career for a job of that magnitude.

But looking back, I’m so grateful that that was my rookie experience because it doesn’t get much harder than that.

It’s actually turned out to be the most valuable experience of my career and such a huge catalyst for my growth and development. I’m a big believer in making meaning of the challenges and hardships we face, and I know that I’m a far more equipped, wise, and knowledgeable coach because of that experience.

So as tough as it was, it was absolutely worth it and a very powerful learning experience overall.

PJ: You have had experience coaching overseas with the Thunder and Rhinos, how did you find your time coaching abroad and how has it helped develop your coaching?

DR: Winning the Superleague title with the Thunder was a great experience and building a brand-new franchise from the ground up at Leeds Rhinos was one of the most rewarding of my career so far.

It’s rare you get the chance to be part of something from the beginning and we all embraced the opportunity with open arms. To make the finals was also something pretty special. I do believe that every experience in coaching has the power to be a good experience if you’re open to learning and growing all the time.

My time in the UK has been so significant in my development as a coach.

PJ: How did your experience coaching the Northern Ireland side at the 2019 Netball World Cup develop your coaching, and what did it teach you about working with players in short periods of time?

DR: I really enjoyed my time with Northern Ireland and leading a national program. It’s so important as a coach to experience as many different environments as possible to broaden your knowledge and skill set.

They were a great group to work with, so eager to learn and the team really embraced my coaching style too.

The World Cup was an incredible experience and coaching in tournament play really challenges you as a coach because you need to be so purposeful and prioritise what’s most important due to the quick turnaround in matches day after day, and I loved that challenge.

PJ: What inspired you to make a return to SSN and coach Fever?

DR: When I left Australia in 2018 and returned to the UK, my intention was to get as much experience as possible in a number of different roles and environments to add more depth and diversity to my coaching experience. I packed a lot into the past three and a half years and I worked with some great organisations, teams, and brilliant people.

My goal was always to return home to Australia to coach in the SSN again, but only when I felt it was the right time and right opportunity. Fever is a great fit for me and I’m loving my time with the club so far. I feel so well supported with what I have around me and cannot wait to see where the journey takes us.

PJ: Have you been able to meet the players yet? If so, how have you found that?

DR: Initially I met all the players and staff online, but it’s been great having the time over the past few months to meet everyone in person and start building those relationships.

Everyone at the club has been so welcoming, open minded and ready for the next phase of the clubs’ journey, which is important.

There’s so much positive energy here, great synergy and buy-in with what we want to do and where we want to go, together.

PJ: How do you rate your current squad and where do you think your team sits leading into the 2022 season?

DR: The squad is incredibly exciting, and Stacey has done a brilliant job in developing this squad to be a real powerhouse side.

I’m really pleased to have retained nine of the ten players from last season and added in the unique skill set of Rudi Ellis in our defensive unit.

It’s a well-balanced team, but what is most exciting for me, is that there is so much growth potential in the individuals and collectively as well. I certainly believe there is room for improvement in several different areas and that’s what we will be focusing on across the season.

PJ: What should Fever fans be excited about for next year?

DR: We want to continue the journey we’ve been on in recent years and keep representing the club and our fans as best we can. We want to make the improvements where we need to so we can continue pushing forwards and striving to reach our potential.

NEVER GIVE UP ON YOUR DREAMS!