We asked and you voted! Here are the seven players and Head Coach of the Fan Voted All-time Suncorp Super Netball Team

Over the past month, we have been asking fans to vote for their all-time Suncorp Super Netball team and the response has been incredible!

Eight polls with 56,067 total votes and countless conversations and debates inspired. And, after all that, here it is; the starting seven and Head Coach of the Fan Voted All-Time Suncorp Super Netball Team.

The 2017 goal scoring leader and beating heart of this team, Caitlin Thwaites has built a reputation as being a prolific goal scorer and brilliant teammate.

Over her 18-year career, Thwaites has been one of the

country’s most reliable shooters and was named the Magpies Best and Fairest and Players’ Player in 2017.

The voting was close for this one with Thwaites narrowly beating out Fever goal-scoring machine Jhaniele Fowler by just 53 votes. 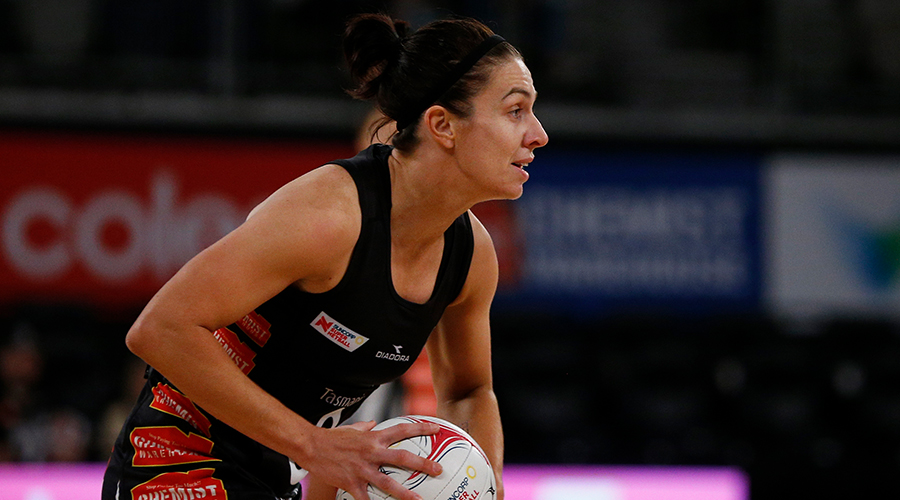 The reigning Liz Ellis Diamond and two-time starting Goal Attack of the Suncorp Super Netball Team of the Year (2018 and 19), Gretel Bueta has become one of the best players in the world.

During her dominant 2019 season, Bueta became the first Australian to ever shoot 100 consecutive goals in a domestic season.

The competition for the starting Goal Attack position was fierce, with Bueta edging-out Nat Medhurst and Jo Harten by just 4% of the almost 10,000 votes for this position.

The second Melbourne Vixen player selected in the team, Liz Watson has established herself as the premier Wing Attack in the competition.

The 2017 Young Star of the Year winner and three-time starting Wing Attack for the Suncorp Super Netball Team of the Year has led the league in goal assists for two straight seasons.

Voting for this one wasn’t even close, with Watson receiving 38% of the total votes, 11% more than the next highest vote getter, Kim Green.

The second biggest blowout of the whole process was Sunshine Coast superstar Laura Langman being named the starting Centre.

Langman is widely considered the best netball player in the world and she’s certainly proved it over the last three seasons after playing in all three Grand Finals, winning two and being named the starting Centre of the Team of the Year twice.

With 59% of the 8,000 votes for starting Centre, Langman won this by a landslide, with ex-GIANT Serena Guthrie the next closest with 16%.

Ash Brazill is one of the most beloved athletes in Australian Sports and a worthy winner of the Wing Defence position in this team.

An incredibly gifted athlete, Brazill can move to any of the three midcourt positions and change the momentum of a match, which she proved in 2019 when she played much of the second half of the season at Centre.

This one was close for much of the voting process with Vixens legend Renae Ingles pushing Brazill for the first two days. But Braz pulled away to secure her spot with 44% of the vote, 10% more than Ingles.

The highest vote-getter of the competition went to starting Goal Defence Karla Pretorius of the Sunshine Coast Lightning.

And should we be surprised? Pretorius has clearly been the best Goal Defence in the competition over the last two seasons, shutting down opposition shooters and racking up huge interception numbers. 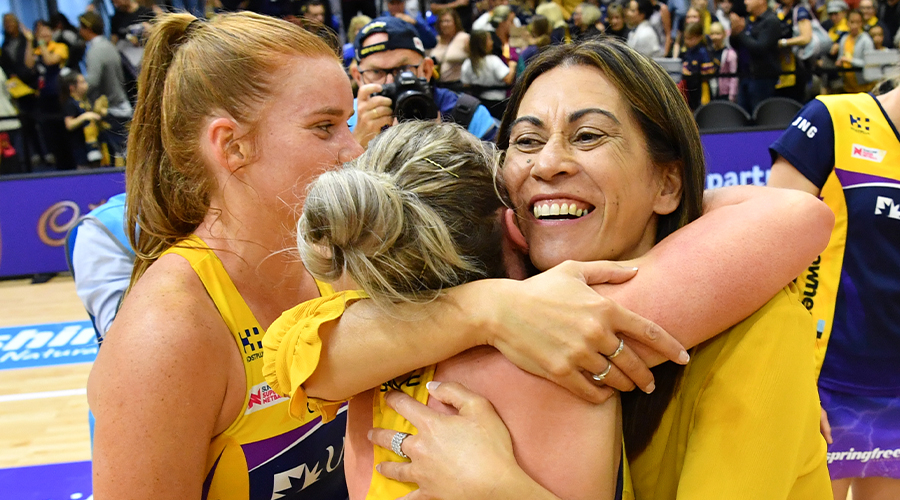 Geva Mentor is one of the most imposing figures in world netball and it’s not just because she’s six foot three.

Clearly the best Goal Keeper in Suncorp Super Netball history, the 2017 MVP and two-time premiership captain has racked up over 100 intercepts in the last three season.

Only former Firebirds captain Laura Geitz could stick with Mentor in the fan voting, with Geva receiving 34% of the 7,228 votes, 7% more than Geitzy.

No surprises here, as the most dominant team of the Suncorp Super Netball League’s Head Coach gets the nod from the fans.

With 65% of the votes, Taurua had this one in the bag all the way, with NSW Swifts Head Coach Briony Akle the only other options to get a double-digit percentage.

Vixens stave off Magpies in opening round closer