The Melbourne Vixens and West Coast Fever have fought out a spectacular draw in Round 4 of Suncorp Super Netball, with a Caitlin Thwaites buzzer-beater denying the Fever their first win of 2019.

The Fever, last year’s grand finalists but on the end of three big defeats in the opening three rounds, led by as many as five goals during the last quarter but couldn’t hang on, in a brave performance after again being left without captain and goal keeper Courtney Bruce.

The two sides entered the last quarter with the scores level at 47-47, but it was the Fever who hit the ground running early in the final term, despite stand-in goal keeper Olivia Lewis being forced from the court with a calf complaint late in the third quarter and replaced by Shannon Eagland.

A Thwaites miss gave the Fever the edge, with their lead out to three goals with just over 10 minutes left on the clock, and when Liz Watson was called for a held ball inside the final six minutes, the Fever’s advantage was soon five.

The Vixens called a desperate timeout and were back in with a chance when Kadie-Ann Dehaney rebounded a Jhaniele Fowler miss, with a quick goal scored and then Tegan Philip adding another reducing the margin to two.

It was then Watson who made amends for her earlier error, coming up with a deflection on a Fever centre pass to allow the Vixens to level the scores inside the last minute.

The win was in Fever’s grasp when Nissan MVP Fowler (51 goals from 54 attempts) netted a goal with 15 seconds remaining, but a Hail Mary pass from Philip to the goal circle on the ensuing centre pass somehow founds its way into Thwaites’ hands under the post, allowing the veteran to slot the equalising goal as the final whistle sounded.

Earlier the Fever, who were thrashed in the previous two rounds and beaten by a goal in Round 1 against the Adelaide Thunderbirds, looked a different team, bouncing out of the blocks to grab the first bonus point of the game with an 18-17 first quarter. 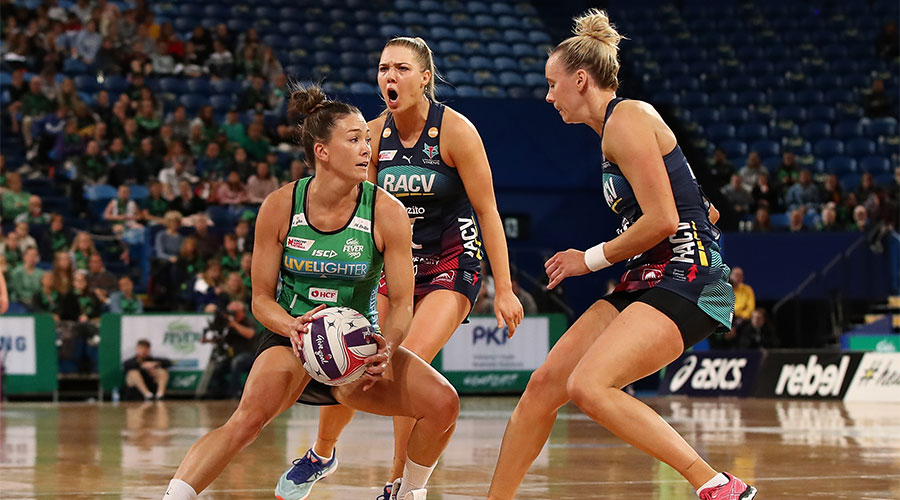 Their struggles at goal attack have been well documented across the first three rounds, but Kaylia Stanton (12 goals from 16 attempts) responded emphatically in Round 4, consistently opening up avenues to Fowler with 21 goal assists and a game-leading 86 Nissan Net Points.

The second quarter was just as tight, however a scratched eye for Fowler and subsequent timeout did little to slow the Fever. In fact it may have spurred her team, with her return to the court sparking a run of goals and a three-goal lead.

But a wayward pass from Verity Charles allowed the Vixens to draw level at 28-28, and shortly after, with the Fever up by one, Vixens coach Simone McKinnis threw out a wildcard, moving goal keeper Emily Mannix out to goal defence and introducing Dehaney into keeper in a bid to secure the bonus point.

The move paid dividends, with the Vixens hanging on to win the quarter 15-13 and level the scores at 32 apiece at half-time. 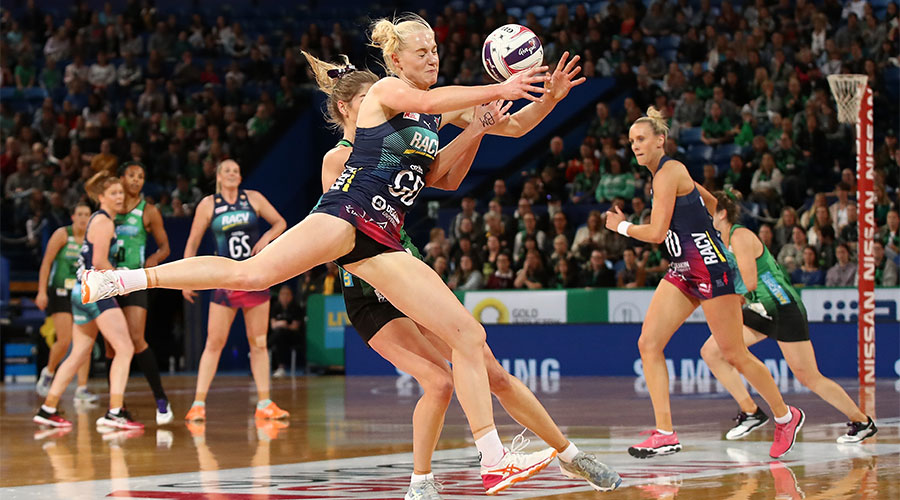 A Stanton miss early in the third quarter allowed the Vixens to take the lead for the first time in the match, and despite a run of three Fowler goals the Vixens’ lead was soon four as a string of Fever errors saw the visitors pile on five in a row.

But the Fever continued chipping away to close the margin again. Lewis was forced from the court late in the term, but her replacement Eagland quickly produced the goods, picking off a Liz Watson feed to setup an equalising goal.

The Fever were in front seconds later when Fowler scored again, but a Thwaites goal on the final whistle saw the scores levelled again at 47-47 and neither team collect the bonus point.