A Round 1 injury to a key player would derail almost any team in the league. But, with Jo Harten at the helm and Sophie Dwyer in the wings, the GIANTS are just one win from a chance to win it all.

When young star Kiera Austin went down with an ACL tear in the opening match of the season, the GIANTS’ hopes of playing finals took a huge hit.

Losing such a pivotal player so early in the season would typically rule out any Premiership aspirations for any major sporting team. But not every team is setup like the GIANTS.

This amazing feat has been largely due to the immediate impact of young shooter Sophie Dwyer and the leadership and guidance from captain Jo Harten. I spoke to both players during the week to get their reflections on an up and down season. 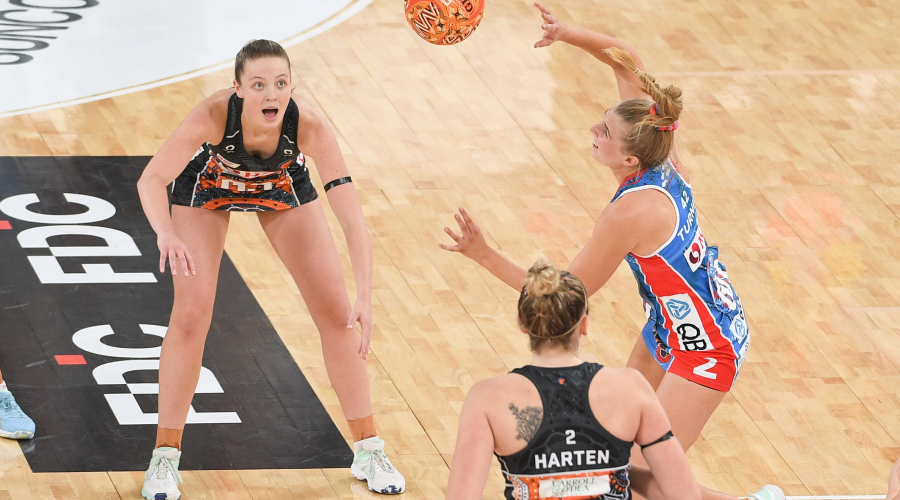 In the absence of their first choice goal attack, Sophie was called up to the starting lineup to fill a major hole in her team’s attacking third. Sophie came into the season with no expectation of playing major minutes to begin with and was content with her role being more of an impact player off the bench.

“I definitely didn’t imagine that I would be playing a full season of 60 minute games week in, week out for the GIANTS this year. Ahead of the season, knowing that I would be sharing the shooting circle with Kiera Austin and Jo Harten, and that it was only my first season as a contracted player, I didn’t have too much expectation of getting much court time.”

But as soon as Austin’s diagnosis came back and confirmed the worst, Sophie’s role in the GIANTS’ lineup shifted dramatically.

Having barely touched the court in 2020, Sophie went on to play 813 minutes in the regular season this year — the 14th most minutes played by any player in the league.

In Round 2, Sophie played the entire match in her team’s 12 point win over the Magpies, contributing with 23 goals, ten feeds and six goal assists. A solid outing in her first full game of Super Netball. 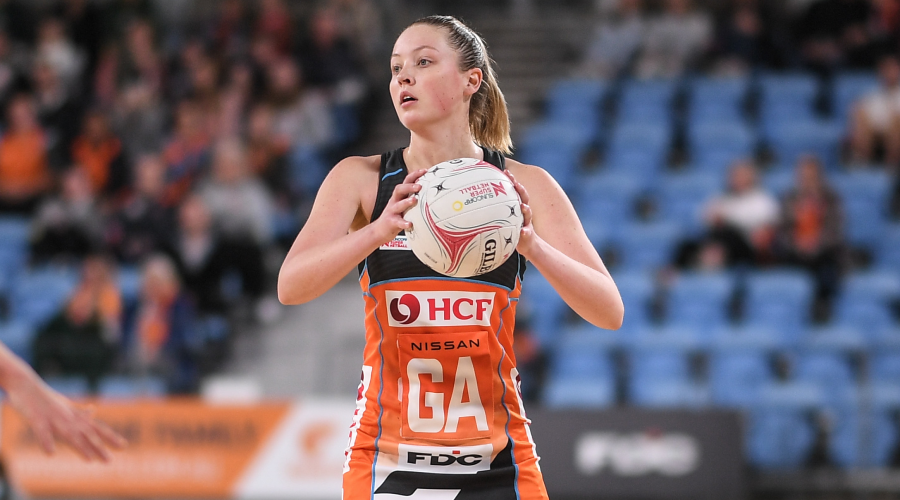 With Austin touted as one of Australia’s most promising young players, there were certainly large shoes to fill. But Sophie was well aware of the challenge that had presented itself to her.

“After Kip’s injury in round one, I knew I had to step up as I was most likely going to be playing out the rest of the season in a starting seven role. Obviously at first I was slightly daunted at the idea, but I knew I had prepared well and wanted to prove I could match it with the best in the league. With each game I played, I became more confident and had a heightened sense of belief in myself.”

Sophie certainly matched it with best, forming arguably one of the best attacking duos in the league alongside her captain Jo Harten. Harten has not only had one of her best seasons in Super Netball, but she has also had the best seat in the house to watch Sophie develop.

“Playing with Soph has been so much fun this year, watching her develop her own game whilst being so calm and composed has been impressive. She takes everything in her stride and takes my constant talk and chat with a pinch of salt.”

Jo understood the severity of Austin’s injury and how it could have ramifications on her team, but was also conscious in being able to keep her team on track and focused on the season.

“I think we knew on the court in Adelaide it was bad news, but we rallied around each other straight away. We knew we had to step up in Kip’s absence but also had an important job to make sure we made Kip proud with how we could perform for the rest of the season.”

There is no doubt Austin would have been proud of her teammates, considering the GIANTS claimed the 2021 Minor Premiership and are only one more win away from making the Grand Final. 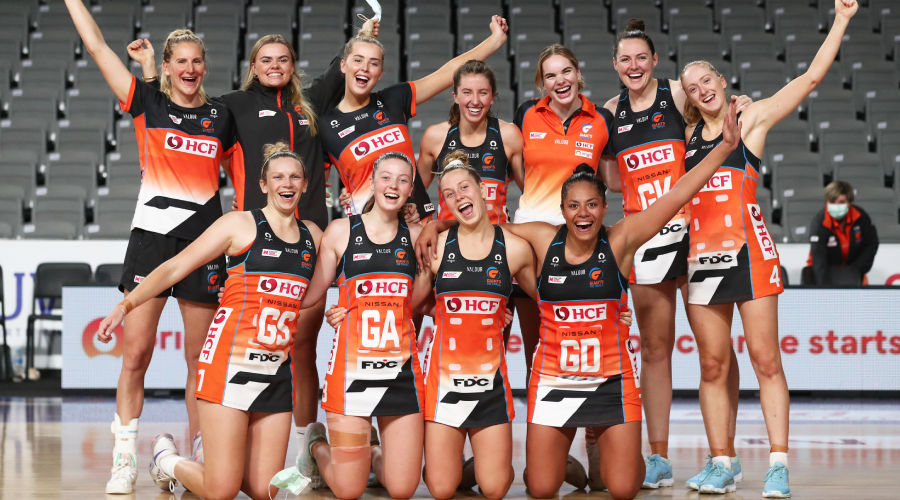 The GIANTS’ ability to recover from not only an injury to a key player, but also to deal with an unprecedented season that required multiple quarantines across three states is a true testament to Jo Harten’s captaincy. When asked about her own methods, the GIANTS’ skipper admitted to taking a different approach.

“My leadership style is a bit different to most. I like to talk tactics a lot and make sure we are on the same page. I'm all about having fun in and around training but also testing boundaries and trying to get the best out of each other. I've definitely learnt to try and take care of your own performance first before focusing on the team too much.”

Jo has certainly taken care of her performance, scoring her highest individual goal tally since 2018 with 456. 50 of those goals came from Super Shot territory, converting 49% of her 103 attempts.

In fascinating happenstance, the player in second position with 47 goals on 57% shooting is none other than Sophie Dwyer. This one-two punch has caused many headaches for their opposition throughout the season, with both players comfortable and capable of stepping up to sink a timely two pointer. 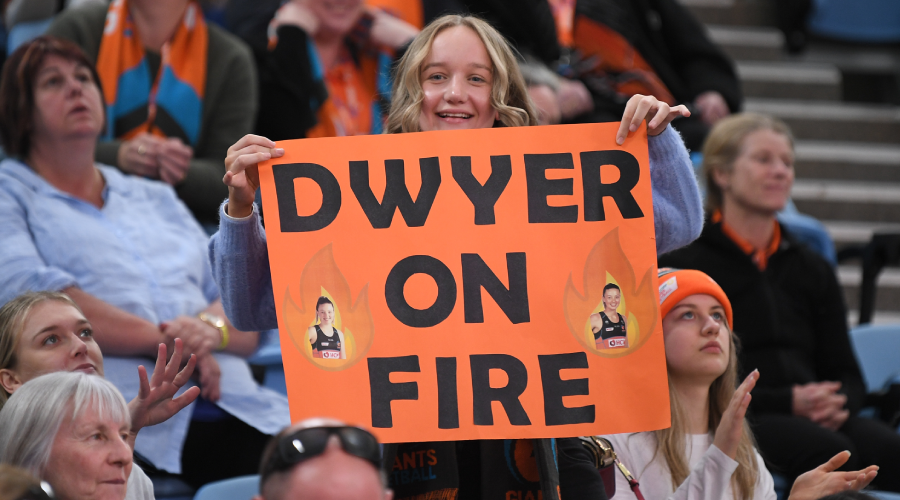 There will be many timely points required tomorrow as the GIANTS take on the Fever in the Preliminary Final for a spot in the 2021 Grand Final. As Sophie reflected on her highlights of the season, one game featured in her list. The GIANTS’ two point win over the Fever in round 14.

“Our round 14 game against the Fever [was a highlight]. I think that match really showed how much fight and heart we have as a group, and it resulted in us becoming Minor Premiers.”

“Another main highlight for my season has just been that I’ve been able to prove to myself I’m capable of playing consistently in this league.”

One of Sophie’s biggest strengths has been her consistency throughout the year, despite playing her first full season in easily the most difficult and uncertain circumstances.

Coming into the season unaware of the giant step up in minutes and impact required would be a challenge in itself. But to do all of this during a season spent mostly in a bubble away from home further adds to her incredible performance.

“There are definitely challenges that come with being in a hub or ‘bubble’ for the season, the main one being that we aren’t able to see our family and friends, but the fact that we are able to continue our season and play the sport we love in such a difficult time makes it worth it.”

“A driving force for us this year has definitely been the people watching us back in NSW. We want to make our family, friends, fans and members proud and hopefully bring some joy to their day as we know how tough they are doing it back home.”

It has been a joy to watch Sophie develop this season and to be rewarded with a spot in the Australian Diamonds development squad for 2021/22 is a credit to her hard work and persistence.