Super Netball teams have it all play for heading into Round 13 of the 2019 season.

Can the Magpies snag a spot and boot out the GIANTS?

Will the Lightning hold onto a double chance?

There’s no shortage of spice heading into the last two rounds of the Suncorp Super Netball season, with the finals picture well and truly up in the air.

Five teams remain in the running for post-season action, though no positions are set in stone and bonus points will be rolled gold throughout each team’s remaining eight quarters.

Here’s what we know. 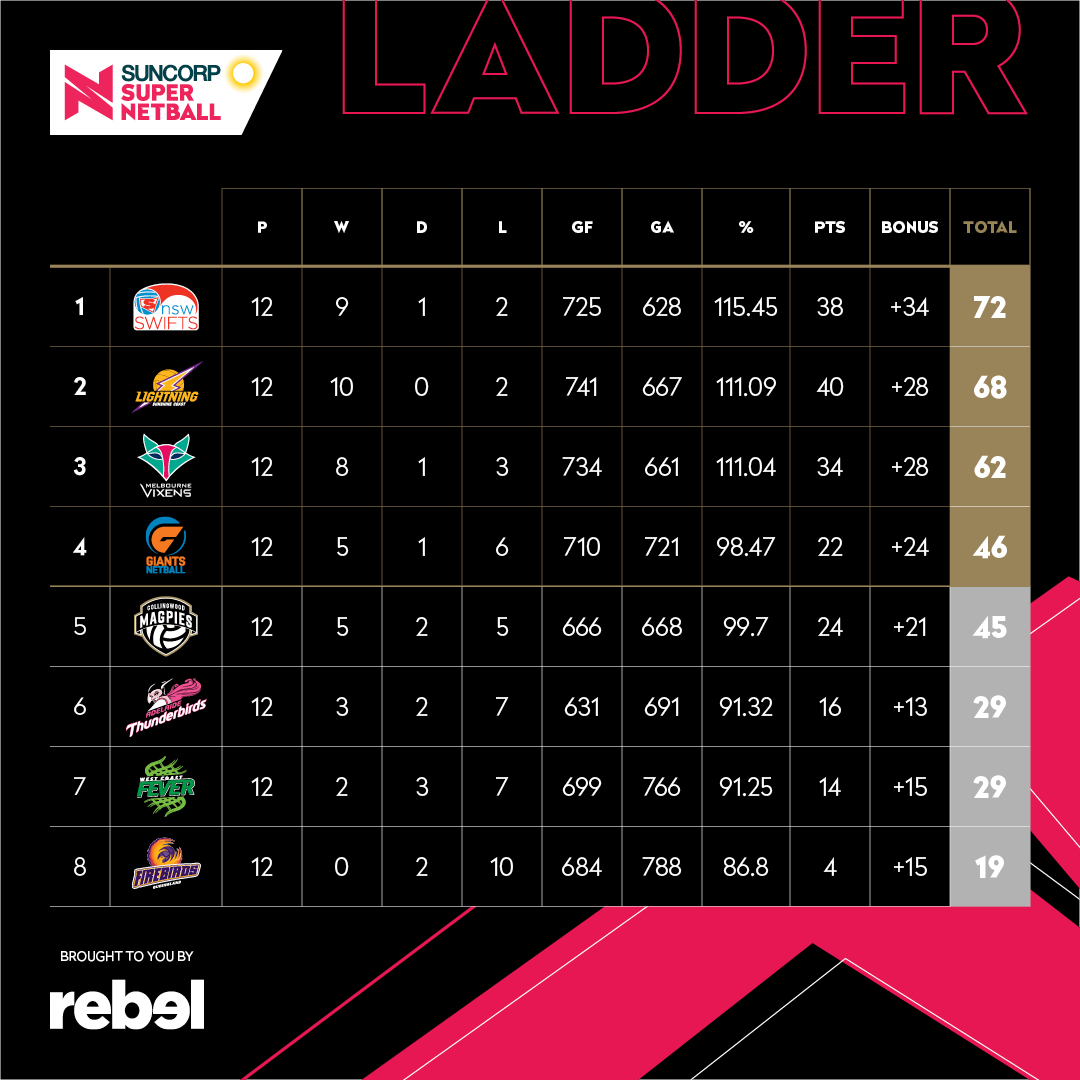 MAGPIES’ DESTINY IN THEIR HANDS

Have the Magpies left their run too late?

Their third-quarter blitz against the West Coast Fever sees them just one point outside the top four, but the challenge for the black and white brigade is they must beat ladder leaders the NSW Swifts and then crosstown rivals the Melbourne Vixens in the final two rounds.

While they proved they may have the Vixens’ measure, defeating them in Round 7, the stumbling block is likely to be this weekend against the Swifts, who smashed them by 16 goals in Round 6.

If the ‘Pies can find a way to knock off both teams, there’s a very good chance they’ll be playing finals, but a loss to the Swifts this weekend will all but end their season. 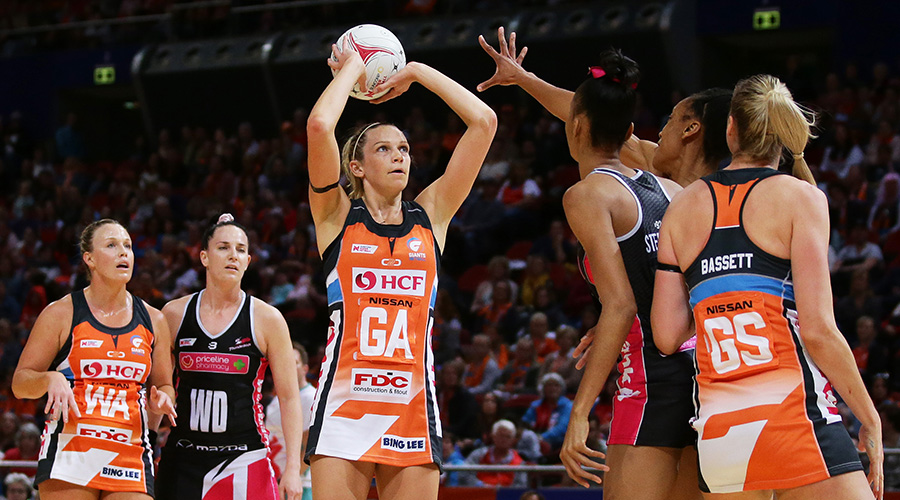 They can’t move up the table, given they’re 16 points behind the Vixens, but they can certainly fall out of the four if they drop a game and the Magpies pull off a big win.

And the GIANTS couldn’t be facing the Thunderbirds at a worse time, with the Adelaide side just posting their biggest score of the season.

The Thunderbirds’ 71 goals in a 12-goal demolition of the Queensland Firebirds was their biggest score for a long, long time, and they did it on the road in Queensland.

Now they’ll be back on their home court and ready to do some damage if the GIANTS aren’t at their best.

If the GIANTS get past the Thunderbirds, they’ll then face the West Coast Fever, who they drew with in Round 7.

It’s a nasty two-week stretch for the Sydney team, who need not only the points but also a major confidence boost heading into finals, given they’re yet to beat any of the other teams in the top four. 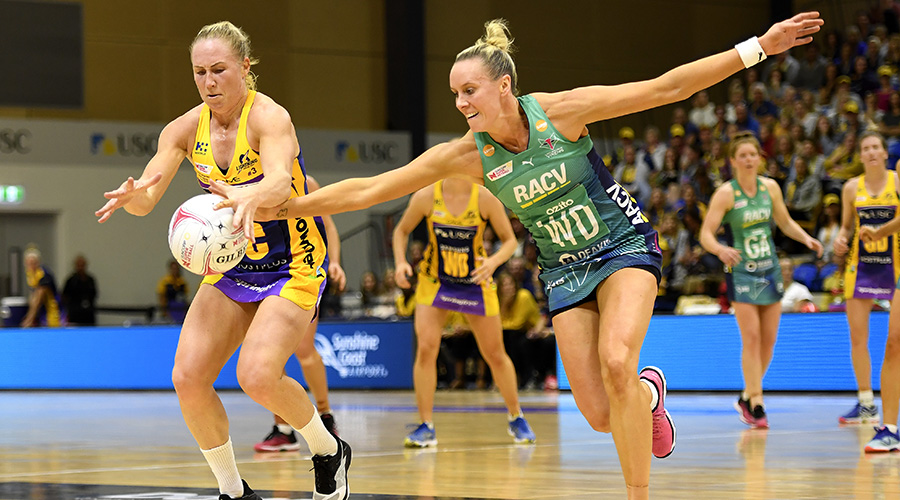 ALL TO PLAY FOR ON SUNDAY

How much intrigue is it possible for one game to have?

The second-placed Sunshine Coast Lightning sit six points clear of the third-placed Melbourne Vixens on the ladder, meaning the Vixens will want to win this one and capture at least three of the bonus points if they’re to have any chance of grabbing a top two spot and the double chance.

It’s not like it can’t be done – the Vixens won the first three quarters on their way to beating the Lightning 62-52 in Round 6.

If that history was to repeat itself, the two teams would be tied on points heading into Round 14, where the Lightning will face the in-form Thunderbirds and the Vixens will do battle with the Magpies. 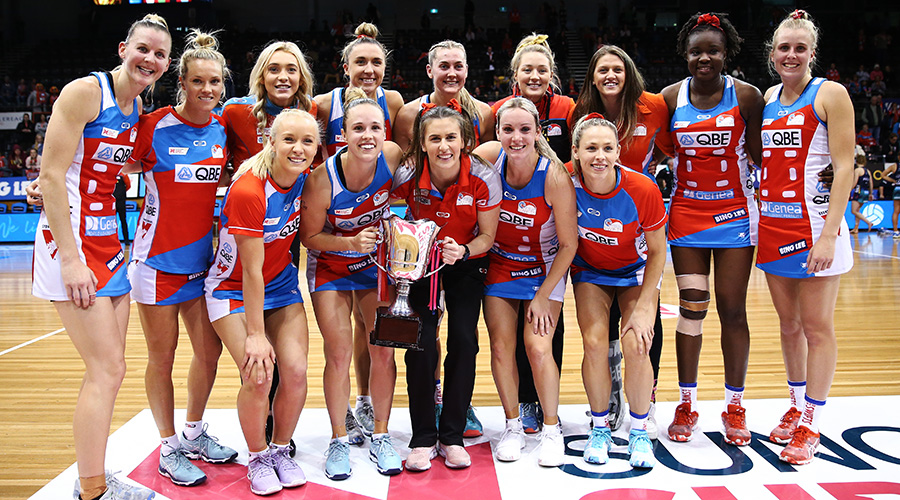 Given they’re 10 points clear of third spot and coming up against two bottom-four teams, it’s almost impossible to think that the NSW Swifts would finish outside the top two.

But with the Lightning only four points behind them in second place, there’s still much to play for.

The minor premiership gifts a team home court advantage, meaning the Swifts could avoid travelling for the semi-final and (depending on results) the preliminary final and grand final.

For a team that’s had more than its share of injuries throughout the season, and is now trying to nurse goal attack Helen Housby back to health, the advantage of not having to get on a plane and stay in hotels each week, while also having access to all their usual medical facilities right up into match day, cannot be understated.

A big win this weekend against the Magpies will effectively shore up top spot for the Swifts, who have been the queens of the bonus point this season.

Fever move on from Stanton