All the Suncorp Super Netball scenarios as the teams prepare to play the final round of the 2019 season.

So it all comes down to this.

When bonus points were introduced for the 2018 Super Netball season, it was clear that every single quarter could be crucial in determining who’d be playing finals at season’s end.

And that’s the scenario that presents as we await the first whistle of Round 14: the minor premiership remains up for grabs, while fourth spot is still on the line.

Want to know how it could all play out? Read on!

THE RACE TO THE TOP

A few weeks ago the Swifts appeared all but certain to claim the minor premiership and home court advantage for the finals.

But their unexpected 12-goal loss to the Magpies last weekend, in which they failed to claim a single bonus point, saw them slip to second – two points behind the reigning premiers. They now face the prospect of flying to the Sunshine Coast to take on the Lightning in the semi-finals, rather than remaining in the comfort of their home city.

The Lightning will wrap up top spot if they beat the Thunderbirds and claim two bonus points. In that scenario, even if the Swifts defeat the Firebirds and take all four bonus points (leaving the teams tied on points) the Lightning would finish on top due to winning more games throughout the season.

If the Lightning don’t win, the Swifts will need to win and make up whatever the points differential is. If the Lightning lose and claim one or two bonus points, a Swifts win will be enough to go top.

In the unlikely scenario that the Lightning grab three bonus points but still lose, the Swifts would have to win and claim at least two bonus points. 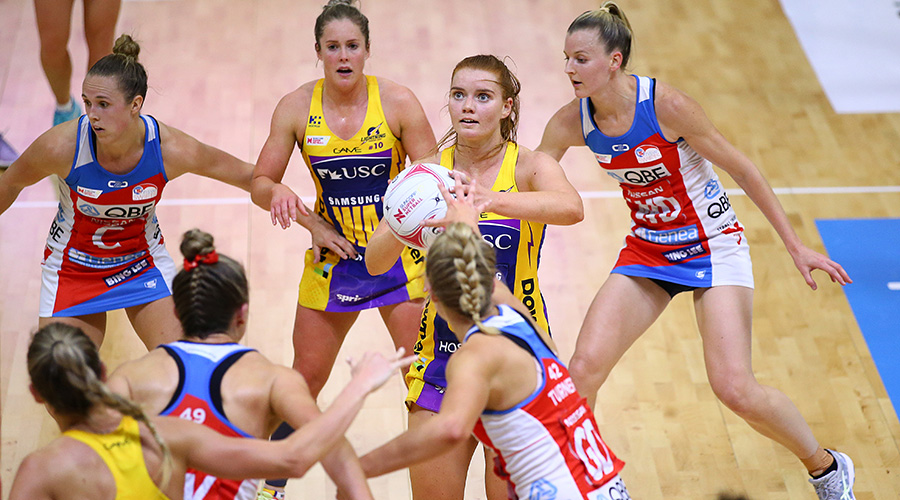 THE RACE FOR FOURTH

The Magpies will know whether they’re still in the hunt – and what they need to do to chase the Giants down – before they take the court on Sunday, due to their game against the Vixens being final game of the regular season.

There are many possible scenarios that could play out between the Giants/Fever clash and the Magpies/Vixens hometown derby, so here’s the rub: