Both teams were in desperate need of a win to hoist themselves clear of the bottom of the ladder, but they couldn’t be separated after 60 minutes of netball, with an Abigail Latu-Meafou goal in the dying seconds sealing a 62-62 result.

The result sees the Firebirds still winless and in eighth position after six games, with only 11 premiership points to their name, while 2018 grand finalist the Fever are in sixth place on 14 points.

The Firebirds’ mobile goaling combination of Gretel Tippett and goal shooter Latu-Meafou set about creating all sorts of problems for Fever defenders Courtney Bruce and Stacey Francis early in the game.

The Queensland pair sliced through the Fever defence in the first quarter, helping establish a 17-14 lead at quarter-time. 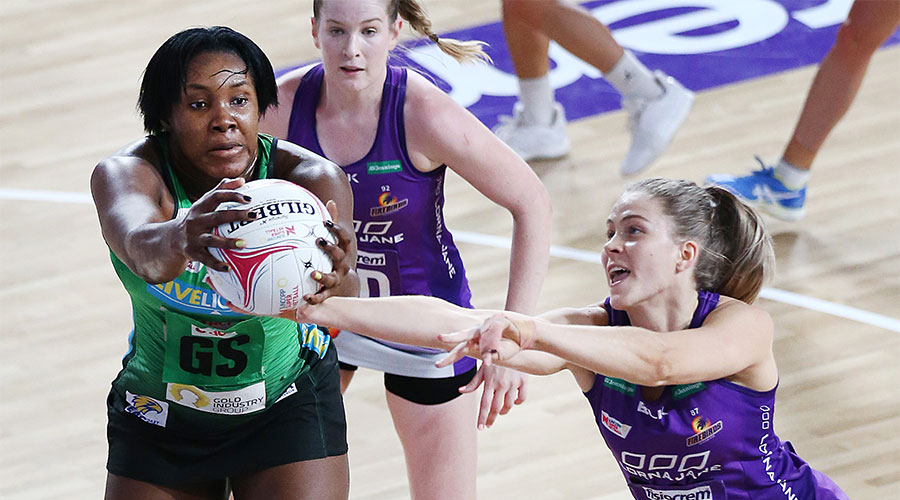 Meanwhile at the other end Kaylia Stanton’s shot started cold after her standout performance in Round 5, missing both of her attempts in the opening term.

Gabi Simpson was clearly out to make a statement after being overlooked for Diamonds selection, with the first of her six defensive gains coming early in the second term and setting up a three-goal run for her team that saw them skip out to a five-goal advantage.

The Fever looked a different team in the third term, scoring nine of the first 14 goals of the quarter to erase the deficit and take a one-goal lead, which remained the margin at the final break.

In a seesawing final quarter both teams held the lead at different stages. Fowler scored three of the first four goals to give Fever a three-goal edge less than two minutes in, before a Firebirds surge saw them score five in a row.

The momentum swayed back in West Coast’s favour with two goals to Fowler and another to Stanton, but when Tippett nailed two in a row with six minutes remaining, Queensland’s lead was again out to two. 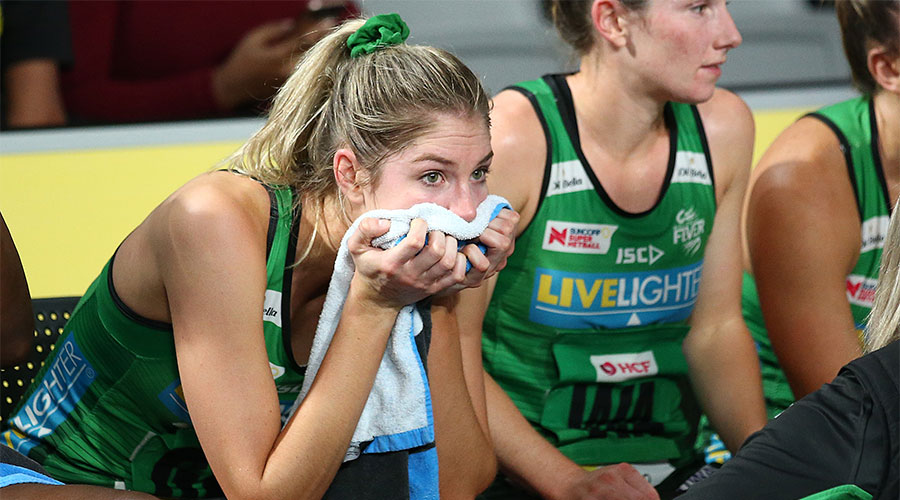 Fever captain Bruce was clearly struggling with her injured arm, cradling it and wincing throughout the final quarter, but bravely soldiered on and returned three deflections and a gain with the game in the balance.

The Fever looked the goods again and were finding Fowler with ease, while at the other end Tippett and Latu-Meafou were being battered but continuing to score.

The teams went goal for goal in the final minutes, and with less than 30 seconds to go the Fever led by one. But the Firebirds were able to cleverly eat up crucial seconds with the ball in hand, leaving Latu-Meafou five seconds to net the equalising shot.