The Queensland Firebirds are in the Suncorp Super Netball finals, assured of their place after a brutal 76-44 final-round win that ended the Collingwood Magpies season of misery.

The Firebirds defenders were sublime in shutting down the Magpies, with goalkeeper Laura Geitz showing vintage form with four intercepts in the backcourt, alongside up-and-coming star Kim Jenner with seven.

It was a final farewell for Magpies’ players Sharni Layton, Erin Bell and Shae Brown in this match, with all three retiring from netball after this game.

It was also a huge milestone game for Caitlin Thwaites who lined up for her 200th national league appearance and it was also the final game that Pies’ Kristy Keppich-Birrell would be head coach of the team.

The Firebirds had never beaten the Magpies in their three previous clashes, which included a five-goal loss in Round 6 this season.

All the ingredients were there for Collingwood to finish a disappointing season on an emotional high, but they just didn’t take to the court with the same intensity as the Firebirds. 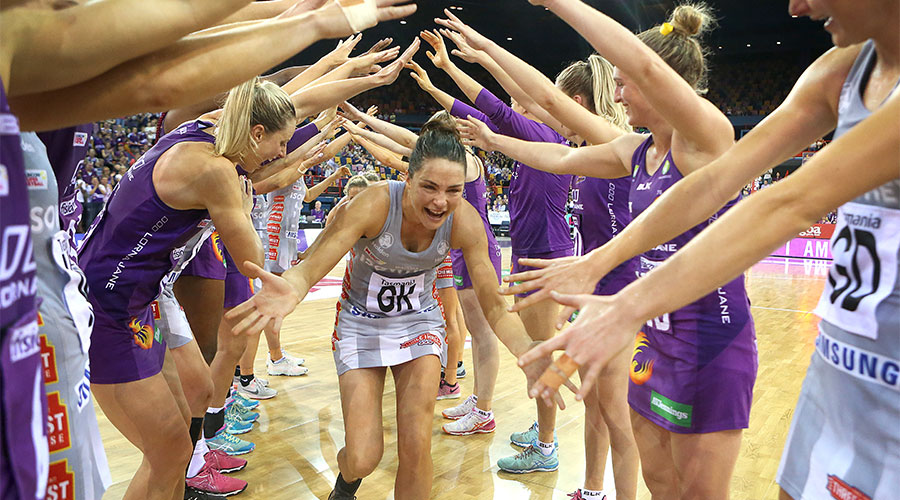 The Queensland team sprinted away to a 21-9 quarter-time lead and set the tempo of the match early, locking up the defensive end and moving the ball with pace in transition.

The win means the Firebirds have locked up a finals berth and temporarily sit in second place.

If West Coast Fever defeat Giants Netball in all four quarters when they play each other tonight, then they could remain there – depending on the result of the Melbourne Vixens v Sunshine Coast Lightning clash tomorrow.

The Firebirds paid tribute to the careers of Layton, Bell and Brown on the court after the match, while Layton said that Romelda Aiken and Laura Geitz were her inspirations and Bell declared that the Firebirds could go all the way and win the competition. 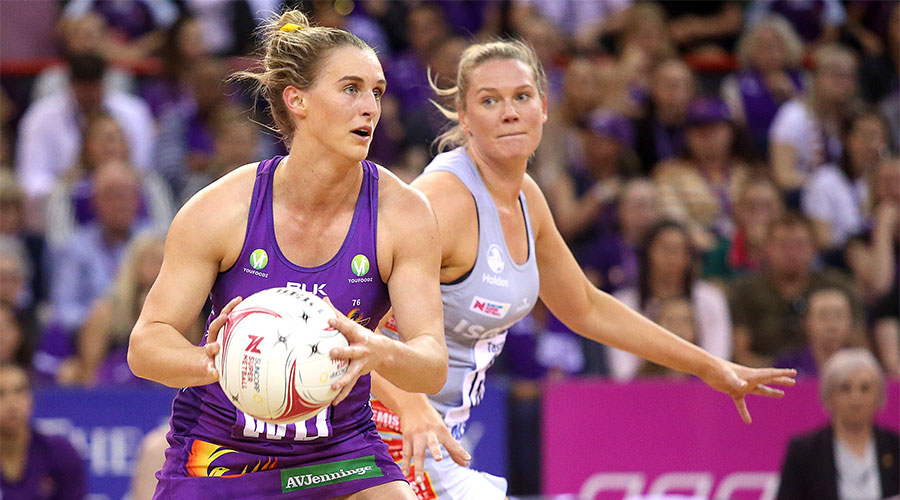 A Caitlyn Nevins fake and pass, a Gabi Simpson scrap for possession and four straight goals by Romelda Aiken – the Firebirds couldn’t have asked for a better start as they opened the first quarter with a 4-0 run.

That led to frustration in the Magpies camp and a loose pass was picked off with ease by Laura Geitz, putting Collingwood five goals behind and calling for an early timeout to steady the ship.

The defensive wall outside the circle was near impenetrable for the Magpies, who coughed up the ball 11 times in the first quarter as the Firebirds steamed to a 21-9 advantage at the first break.

Changes needed to be made and Keppich-Birrell made the tough decision to bench Layton in the second quarter, moving April Brandley to goalkeeper and bringing Matilda Garrett into the fray at goal defence. 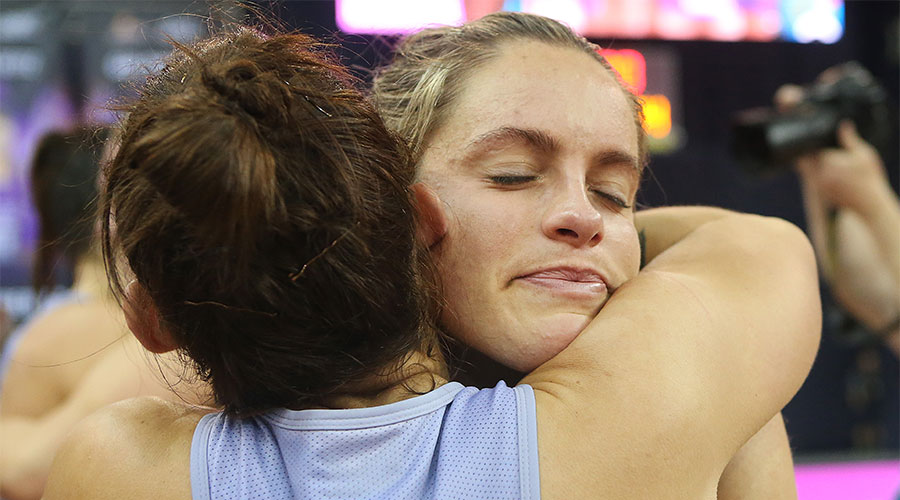 Brown followed her soon afterwards as the Magpies desperately looked for a way back into the match.

It improved performance, but not enough to reel in the Firebirds who won the quarter in convincing fashion to take a 20-goal lead into halftime.

Whatever Keppich-Birrell said to her charges at halftime, it worked.

It was a different Magpies that took to the court in the third quarter, restricting the Firebirds to just 14 goals and pinching the bonus point for the term to ensure they claimed something out of the match.

Layton also returned for the quarter with two key intercepts.

But normal service resumed in the fourth quarter, with the Firebirds streaking clear once more to take a commanding win into the finals.

The Firebirds have done their part, it’s now down to the Giants, Fever, Lightning and Vixens to battle it out to decide who finishes where in the top four.