In celebration of First Nations Round, each Suncorp Super Netball team is wearing specially designed uniforms with artwork created by Indigenous artists

First Nations Round provides the opportunity for the sport of netball to recognise the histories, cultures, and contributions of Aboriginal and Torres Strait Islander Peoples. To recognise this culture, the eight teams have showcased uniforms that have been designed by Indigenous artists across the country. Each dress has its own symbolic meaning and story behind it and can be connected back to either the artist’s culture, family, or the netball club.

Proud Arrente woman, Bri Apma the artist behind the Melbourne Vixens uniform, shows the journey of each person through the formation of dots on the dress. The many layers represent the unity of the players, coaches, staff, and community coming together. The representation of unity in Bri’s artwork is symbolic of the reconciliation journey First Nation People are currently going through. The ‘U’ symbol represents how many people may walk a similar journey in life and that we all show resilience. The blue lines and cross hatchings represent one’s journey, the flow of life, and the constant things we are learning.

Noongar artists Peter Farmer and Kylie Graham designed the West Coast Fever uniform to include aboriginal women’s symbols which represent each member of the Fever’s squad alongside a series of significant waterholes in Whadjuk Country. 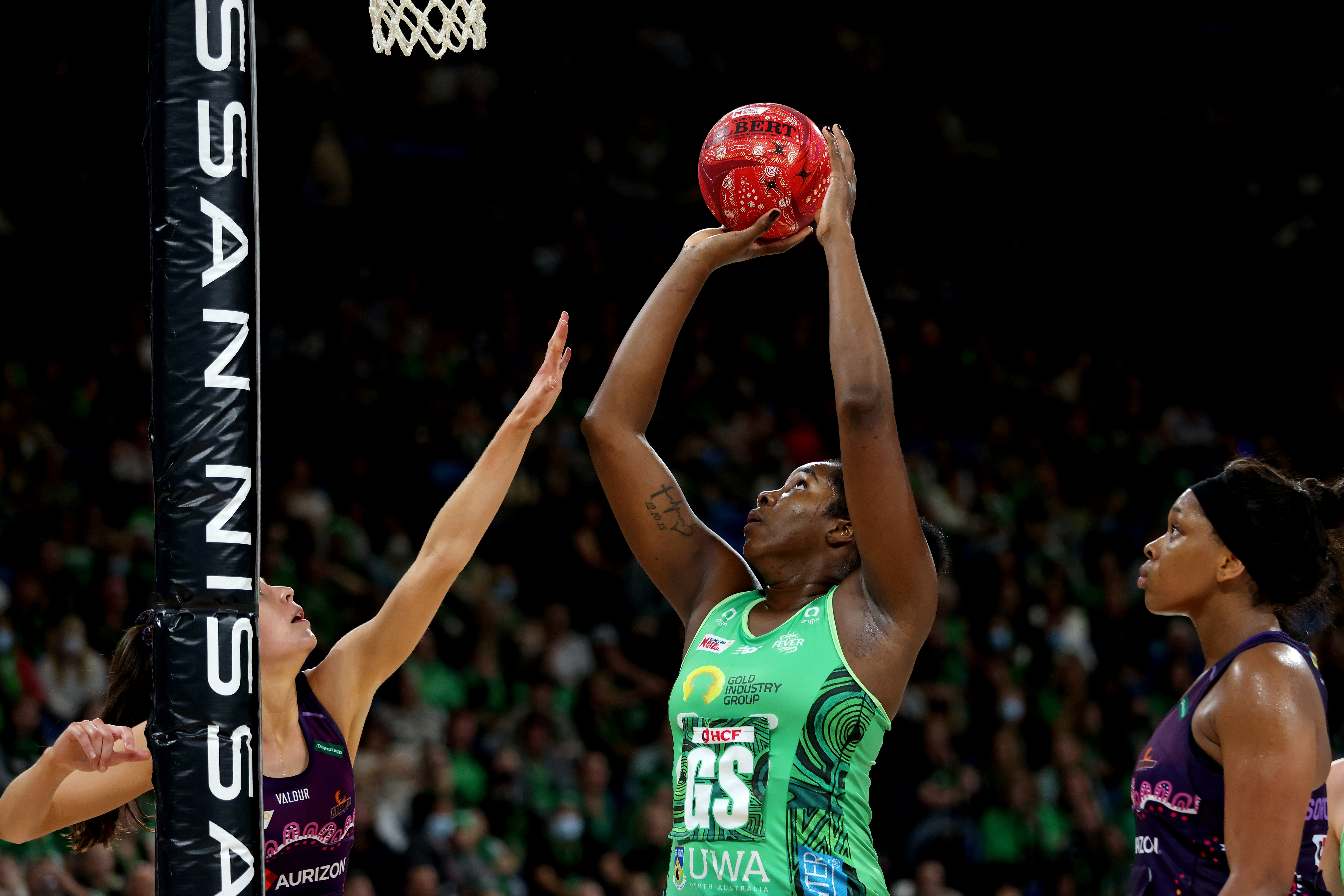 The NSW Swifts uniform was designed by proud Wongaibon woman, Tarsha Hawley. The artwork shows a strong connection to Tarsha’s family, the Wongaibon people, and the NSW Swifts. It is a representation of how powerful women and their roles and responsibilities are in their communities; this is symbolised by the Coolamons and the digging sticks. It is connected to her elders past and present through the red dots and wavy blue lines surrounding the gum leaves. The footprints are a representation of the journey of her people across land and sea; it also represents the past, present, emerging players, and coaching staff of the Swifts. The rainbow serpent represents the protector of the Swifts community, and the goanna is a reminder that we are all strong. The turtle symbolises all of what it takes to be an athlete from youth to adult. Tarsha has used bright colours to represent the bright future of Netball Australia; it also symbolises present and emerging Swifts.

Goreng – Goreng woman, Rachel Sarra has designed the Queensland Firebirds First Nations uniform since the inception of the round in 2018. Her design this year symbolises the commitment to providing a culturally safe and supportive environment for all. This is symbolised by the artwork in the middle of the dress. 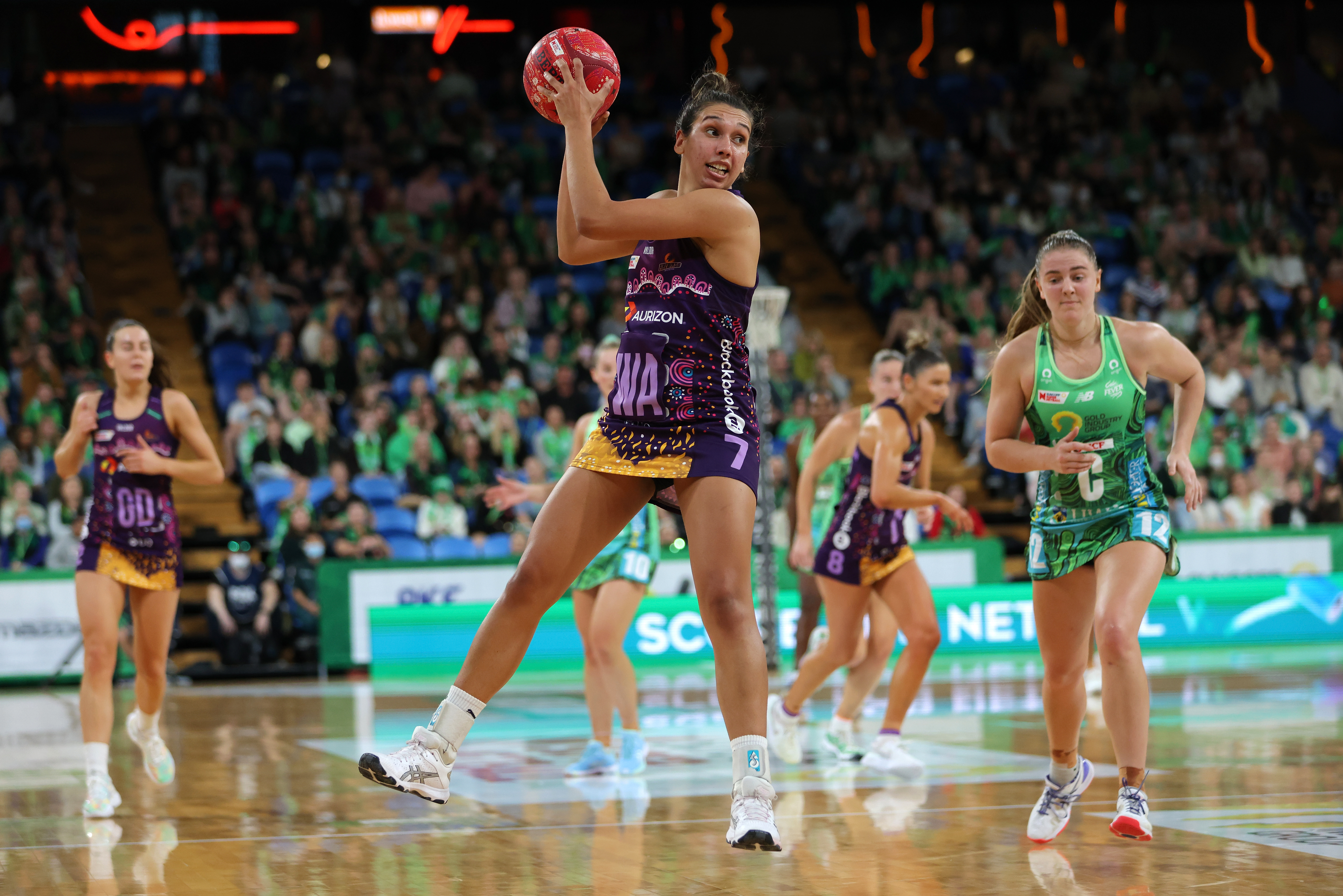 Gamilaroi woman, Krystal Dallinger’s artwork on the GIANTS Netball uniform symbolises the disconnection with family, friends, and the normality of life during COVID-19. The circle in the centre represents family and the importance of togetherness. The disconnection of the pandemic is shown in the patterns on either side of the circle. Each player is felt protected by the gum tree branch, which also cleanses the bad spirits of the person wearing it. The black bird is a totem in Walgett and symbolises the Elders watching over us; Krystal has placed a black bird on the left side of the dress as it is connected to our hearts. The hands are reaching out to her family after recent turmoil and the footprints walking towards the middle represent Krystal’s Walgett, Dubbo, Newcastle, and GIANTS families, and show them reconnecting for a better future.

The Adelaide Thunderbirds uniform, created by Shane Mankitya in collaboration with students from the South Australian Aboriginal Secondary Training Academy, shows the pathways of netball in South Australia from grassroots to elite level. This pathway is represented by the tree roots, the trunk, and the leaves. The handprint is that of Mahleaha Bucksin who was the first person to be raised speaking Kaurna language from birth. The words wikaparntu paitya on the dress, in Kaurna language means: Netball is Deadly. 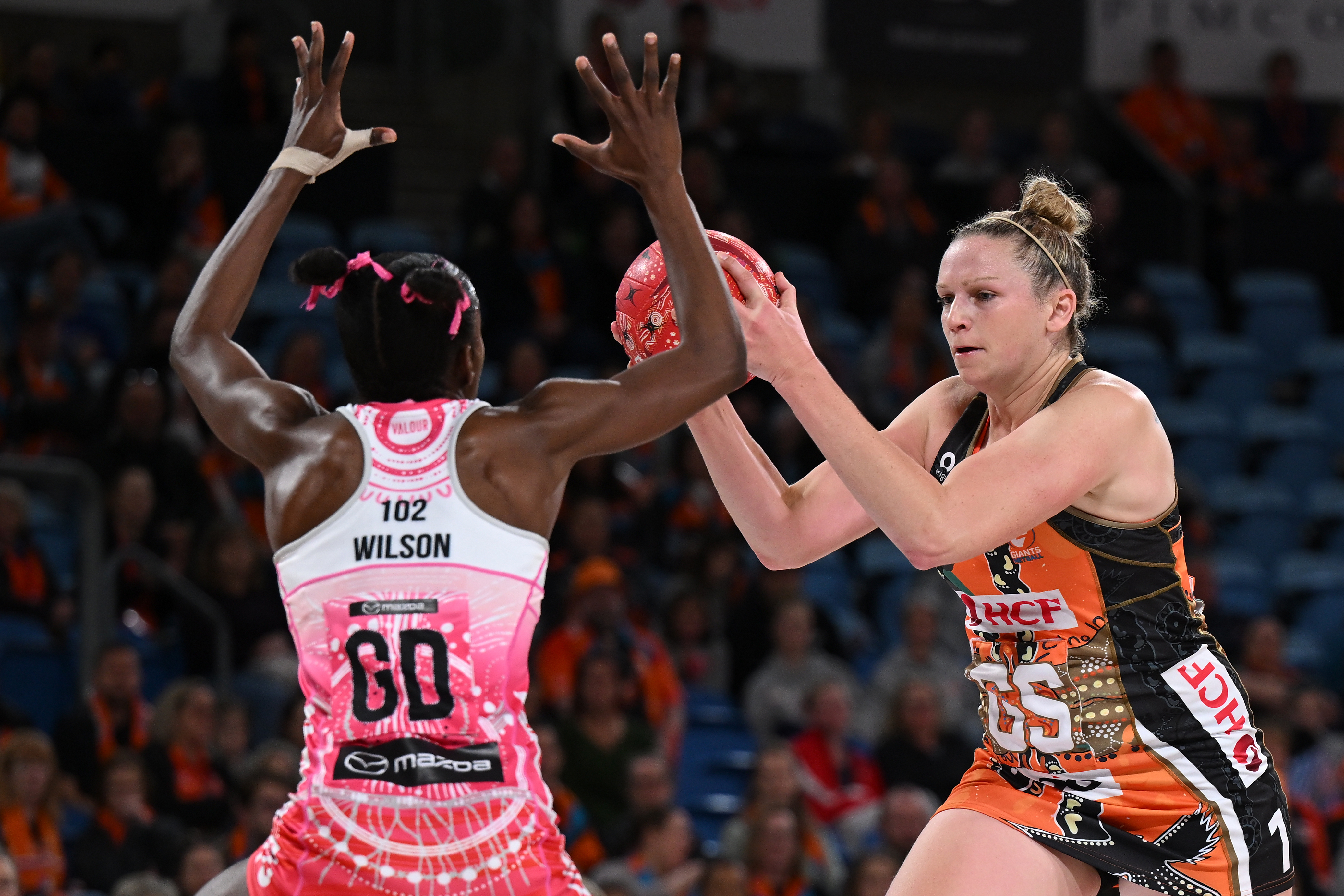 First Nation artists Tyson Austin and Troy Isley have represented the current changes of the Collingwood Football Cub through the falling of feathers on the uniform. Although the Magpie’s are shedding their feathers, they are entering a new phase at the club and growing new feathers. The Coolamon on the back of the dress is used to provide a safe place for Magpie eggs to hatch and be nurtured; this symbolises the new generation of players waiting to make their mark on the club and take the club in a new direction. The Coolamon is also symbolic of the Collingwood Magpies' involvement and support from the Aboriginal community.

The Sunshine Coast Lightning’s uniform was designed by Kabi Kabi woman, Aunty Hope O’Chin. She has featured the ripples from the waterways of the Sunshine Coast, spear trees, a dragonfly, and clusters that represent family grouping. In an intimate dress presentation ceremony, Aunty Hope expressed that each player can be connected to a family grouping throughout Australia.