We choose four games and a special guest picks one from the 2019 season that we think you must watch while we wait for the 2020 season to return.

Great news netball fans, thanks to our friends at Telstra, every single Suncorp Super Netball match as well some classic international matches, are now available to stream FOR FREE on the Netball Live App.

So, seeing as we’re all stuck inside with an abundance of time on our hands, we thought we’d look at the five best games from the 2019 Suncorp Super Netball season to watch while we all wait for the netball to return.

We also thought we'd get someone with a little inside knowledge to tell us their must watch game from 2019 - Sharelle McMahon from the Vixens!

Collingwood Magpies vs NSW Swifts, Round 13

In the context of the season, this game was massive!

After losing to the fourth place GIANTS and drawing with the lowly Thunderbirds in Rounds 10 and 11, the Magpies season seemed over. With three rounds to go, the equation was simple; win out and hope the GIANTS stumble.

A strong performance against the Fever in Perth setup this blockbuster against the red-hot Swifts in Launceston, and it didn’t disappoint.

All the Magpies guns showed up in the eight-goal win. Shimona Nelson dropped 52, Nat Medhurst was elite, Geva Mentor was a rock in defence and Ash Brazill was her normal dominant self.

From here the Magpies would knock off the Vixens on their way to dramatically pinching the last spot in the finals series. 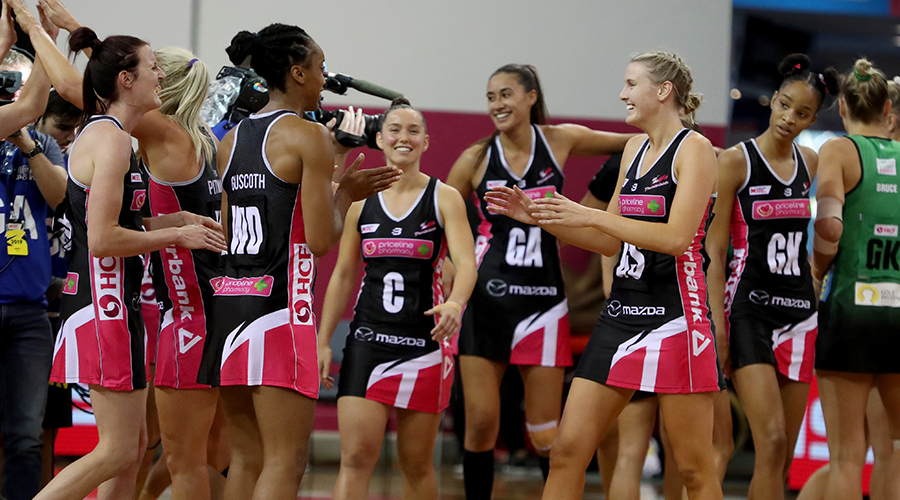 Coming into Round 1 of the 2019 season, the Thunderbirds were on a demoralising 27 game losing streak.

But, under the guidance of new head coach Tania Obst and with some key additions all over the court, they looked a different team from the opening centre pass of 2019.

Sasha Glasgow and new shooter Maria Folau were proving to be a handful for the Fever defence and new defensive pairing Shamera Sterling and Layla Guscoth combined for nine intercepts.

Despite losing captain Courtney Bruce and reigning MVP Jhaniele Fowler during the game, the Fever pushed the home team all the way, scoring the last three goals of the match.

But the Thunderbirds would not be denied and held on to win by just one goal.

No matter where each team might be on the ladder, the Queensland Derby always seems to produce. And this Round 10 gem was no exception.

At this point in the season, the Lightning looked unstoppable with just two losses and five of their eight victories coming by ten goals or more. The Firebirds, on the other hand, were still searching for win number one. 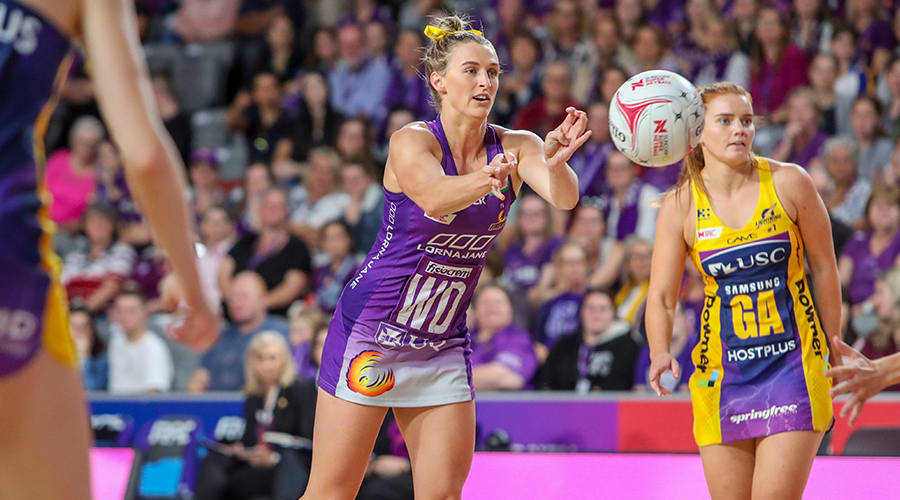 And when the Lightning came out and dropped 36 goals to 29 in the first half, it looked like this one was going to be a blowout.

But the Firebirds came out of the halftime break a different team. After an even third quarter, Queensland came into the final fifteen minutes still trailing by seven goals, the Firebirds exploded, outscoring the Lightning 19 goals to 14.

Despite scoring of the last 11 goals to finish the game, the Firebirds just couldn’t claw their way back, going down by two. But it’s second half performances like these that should give Firebirds fans hope that these dark times won’t last long.

Coming into the 2019 Grand Final, the Lightning hadn’t lost a game in three and a half months.

In that time, they had also beaten the team they would face in the final match of the season, the NSW Swifts, twice, including a resounding ten goal victory in the Major Semi-final just two weeks earlier.

They were on fire and seemed destined to win their third straight Suncorp Super Netball Grand Final.

Someone forgot to tell the Swifts about that destiny.

NSW dominated the game from start to finish, led by un-guardable shooter Sam Wallace and defender Sarah Klau, who played the defining game of her career so far in the dominant 17 goal victory.

Sure, it wasn’t a thriller but it’s all of the storylines that came to a head that make this match a must watch. The Lightning going for the threepeat. Number one on the ladder taking on number two. The underdog winning. Injured Swifts captain Maddy Proud celebrating with her teammates after missing half the season.

Elite netball was back at the home of Victorian Netball, the SNHC for the first time since 2013.  The weekly training venue for the Vixens provided an intimate and parochial environment.

Building on their burning rivalry, the Magpies had dominated the Vixens just one week earlier, dramatically securing their place in the finals.

But this was finals netball. Do or die. Win and progress or lose and it was season over.

The Vixens fired from the first whistle, up by 11 at quarter time.

Strength, determination and outstanding skills right across the court saw the Vixens control the game from there, lining up a showdown with the NSW Swifts the following week in another do or die prelim final.