With the 2020 Suncorp Super Netball season fixture now live, we thought we would pluck out five games you cannot miss before round eight.

The 2020 season fixture is now live and it's overflowing with exciting games through the 14 rounds. Double headers, classic rivalries, state derbies and massive rematches.

But here are five matches in the opening half of the season that we think are particularly juicy.

Almost 15 years of preparation has been poured into this moment. No one has served a longer apprenticeship than new Sunshine Coast head coach Kylee Byrne who began her coaching journey at the Firebirds when Suncorp Super Netball was barely a dream.

There could be no greater challenge, and no sweeter opportunity than to tackle the reigning champs on their home court in Round 1.

It sounds preposterous the once great Firebirds are still seeking a maiden win at their palatial new home venue. Two draws – against the Magpies and Fever – are as close as Roselee Jencke’s crew came to satisfying their hunger. 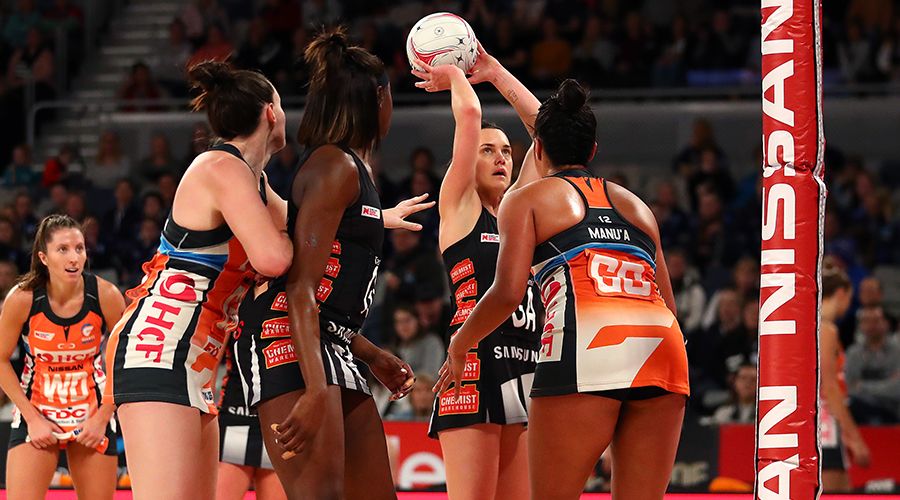 If neither team has answered the questions hovering over its respective midcourt combinations, this game could be critical.

The Magpies looked most dangerous last season after Ash Brazill’s late move to centre. But there is no guarantee that is where she will stay.

Madi and Kelsey Browne are returning from knee reconstructions and Melissa Bragg will be agitating for inclusion.

Kim Green’s retirement means the GIANTS will be hunting for a new feeder.

No one would begrudge Kate Eddy for her move back to her home state Victoria, least of all the Swifts who she helped into a powerful position halfway through last season.

Still, the defensive midcourter is a ruthless competitor who seemed destined for higher honours before being cut down by an ankle injury. Her abrasive style will test the composure of former Swifts teammates Paige Hadley and Nat Haythornthwaite.

Tara Hinchliffe’s reckless elbow to Nat Medhurst’s face was one of the roughest acts of the 2019 season. While it went unpunished during the Round 2 draw in Brisbane, many questioned whether the incident warranted a sanction for the Firebirds defender.

While Medhurst’s bloodied lip has since healed, the collision will not have been forgotten and the pair will once again be part of a critical goal circle battle.