Injuries, visas, homesickness and career transition are just some of the dipping curve balls Stacey Francis has faced on her path to becoming one of Suncorp Super Netball’s toughest defenders.

After notching her 50th national league game last week, the West Coast Fever vice captain has opened up on the complexities of life as an import.

For every Geva Mentor – a winner of four national league titles – there has to be another two or three internationals who battle for success as a marquee player.

Francis has been a consistently high performer over almost three seasons at the Fever, but she was almost lost to elite netball after an injury-affected stint with New Zealand outfit Tactix in 2012.

A badly managed calf problem had Francis eyeing a fulltime job and looking forward to some “normality” back home in the UK.

And she would have been comfortable with that, but when the English national team handed her a surprise comeback at the end of 2016, another antipodean opportunity emerged for the Bath product.

“I came to Australia with the England team and it just happened to be contracting time. I was in the shop window at the right time and playing good netball,” she said.

“It’s a bloody long way but there’s a lot to love about Perth.”

Francis is contracted to the Fever until the end of 2020 so there is still much for her to achieve on the court, starting with a maiden premiership for the Perth club.

Career planning is on her mind but, living in Australia as a professional athlete, the 31-year-old’s visa restricts what she can do away from netball. 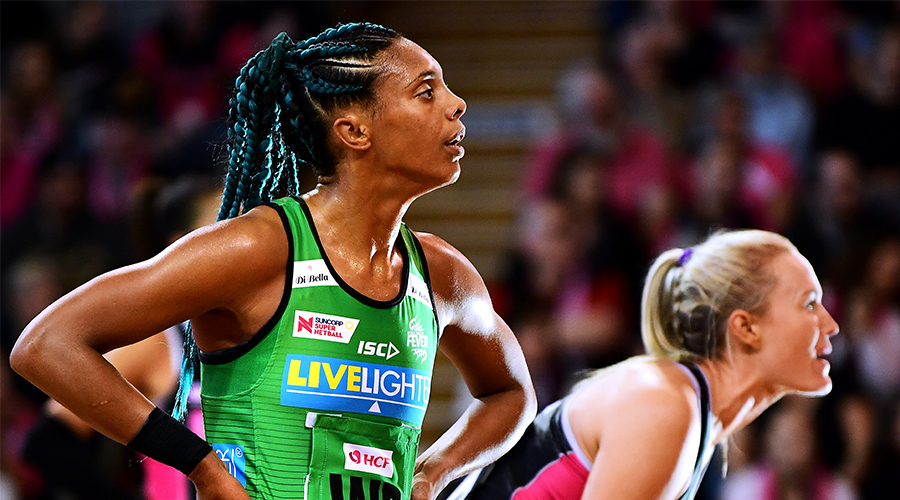 She has a degree from the University of Bath, a background in media and communications and has built a reputation as a polished and professional contributor in that space.

Sport administration is another interest and Francis has been watching closely the leadership team at the Fever.

“I’d love to run a netball club and apply some of my own ideas and the world class things I’ve seen here,” she said.

For now, Francis is focused on helping the Fever through what has been a frustrating season.

The side is in the bottom half of the ladder ahead of Monday’s home clash with Collingwood. But for three draws and the three-game absence of captain Courtney Bruce, West Coast could still be fighting for a finals berth.

The Magpies tinkered with their line-up as they slipped out of the top four over the last fortnight and Francis expects more surprises for former skipper Nat Medhurst’s return to the west.

“I’d be surprised if they don’t make changes,” she said.

Francis started her elite career almost 15 years ago with Team Bath in the English Superleague.

She debuted as a 16-year-old in a powerful team that included Geva Mentor and Eboni Usoro-Brown and was inspired by both.

Resilience developed from sitting on the bench behind some of the game’s best defenders served her well but the five-time Superleague winner still has improvement on her mind.

“Now that I’m one of the oldest it feels strange,” she said.

“I don’t feel like I’ve reached my capacity. There’s still things I’m learning and that’s what keeps me going, keeps me motivated.”