Before Queensland Firebirds captain Gabi Simpson celebrates her 100th national level game this weekend against the Sunshine Coast Lightning, she takes a look back at where she has come from.

The foundations were there, she just needed some love and attention.

“I came on at halftime and ran around for the rest of the game like a headless chook,” the Queensland Firebirds captain said of her 2013 debut against the Southern Steel.

“There was no skill whatsoever. I had no impact at all, but we still won.

“But it was so awesome. Just being in the change rooms and stepping out in front of a Queensland crowd was something I never thought I’d do.”

The “headless chook” has come a long way since that raggedy maiden outing and will notch her 100th top level game when Suncorp Super Netball resumes on Saturday.

In her own self-deprecating manner, Simpson is too harsh on the youngster who packed her belongings and shifted from Sydney to Brisbane to begin her netball career.

She made her debut alongside good friend Kim Ravaillion, and together the pair formed the beating midcourt heart of the Firebirds until Ravaillion’s departure at the end of 2017. 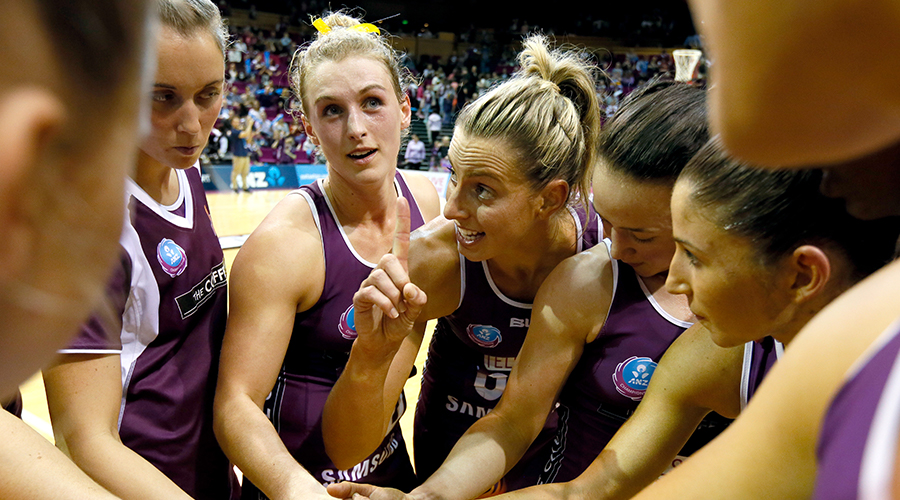 They featured in two premierships and Simpson played her way into the leadership group and ultimately the captaincy at the Firebirds.

She also carved her own international path, featuring in 39 Tests and being promoted to the Diamonds vice-captaincy in 2017.

While Simpson clings to images of a raw youngster, teammates at the time recall being dazzled by a player who worked hard to value add to her incredible athleticism.

“She was just an absolute freak - so much speed and seeing her in the gym made my eyes water,” former Queensland teammate Nat Medhurst said.

“Gabi was always so bright & bubbly and had a huge thirst for wanting to learn. There were no airs and graces about her and she never felt entitled to anything or expected things to happen straight away without doing the hard work.

“She always had the capacity to turn a game but it was about the application and commitment across a full game … I’ve seen her win games and premierships off her ability to do that.”

Following teammate Romelda Aiken and former skipper Laura Geitz into the centurions’ club is a matter of pride for the soon to be University of Queensland Bachelor of Physiotherapy graduate.

It was Geitz, Aiken, Medhurst and others who built a culture of high expectations and empathy at the Queensland club.

Simpson always felt welcome and valued which, in turn, gave her the confidence to “rip in”.

“I stepped into an environment where they would wrap their arms around you. I felt like I could do anything,” Simpson said.

Now 26, Simpson wants to maintain that warm environment which has never been more important as the team battles through one of its most difficult patches.

They will be chasing their first win for the season at home on Saturday against the Sunshine Coast Lightning.

It’s an unfamiliar position for arguably the most successful Australian team of the past decade and Simpson understands how her role as captain can influence the next generation of Firebirds.

“We had so many phenomenal leaders when I came in – Laura Geitz, Clare McMeniman – that I wanted to base myself on them. But through my journey I’ve been able to look at who I am and turn that into my own style,” the wing defence said.

“I’m confident I know what that is now. I’m not a dictator.

“I pride myself on love and care, understanding each player and who they are”