Every game has a moment and every player has the opportunity to seize it. Here are the four game changing players from the opening round of 2021.

By Paddy Regester and Jessie Hare

In our newest weekly segment, we are picking a player from each match that we think changed the game.

Whether it's a match winning goal, a momentum killing intercept or an inspirational team speech, a game of netball can change in an instant.

Not every game changer walks off a winner, but everyone of the players below seized their opportunity to grab the game by the scruff of the neck and change the tides.

Interesting one here, as Kadie-Ann Dehaney and her Vixens ended up on the business end of a 14-point loss.

But let’s be real here, this one could have been a whole heap uglier if it weren’t for Dehaney and her giant third quarter on the practically un-guardable Jhaniele Fowler.

After going 28 from 28 in the opening half, Fowler was looking set for another one of those days. Enter Dehaney, who held Fowler to just 11-points in the third quarter, while also helping herself five gains, three deflections, three rebounds and an intercept.

And her teammates rallied behind her, taking it right up to the Fever, who’s attack end up until then had been having their way with the Vixens defenders. Melbourne were right there with the Fever, trailing by five points with just over a minute remaining in the quarter.

Yes, this one quickly descended into a blowout for the Fever, but there’s no doubt that bringing Kadie-Ann Dehaney on at GK in the third changed the game. 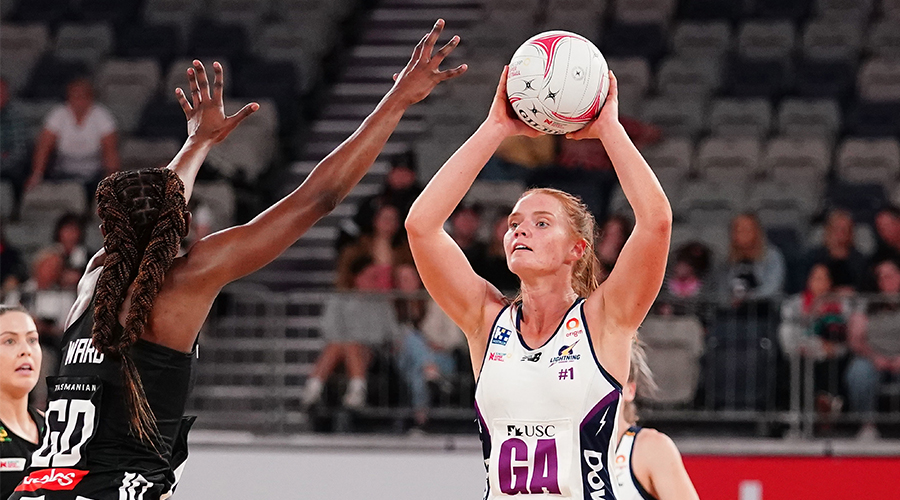 This game was in the balance when Magpies GS Shimona Nelson scored the opening goal of the second half to cut the Lightning lead back to just two points.

Wood had had a relatively quiet opening half, content to pass the ball to her fellow shooter Cara Koenen and let her keep the scoreboard ticking over. But when the game was there to be won, it was Wood who stepped up.

14 second half points, including two Super Shots in the third that felt like body-blows to a Magpies team desperately trying to hang on. And it was more than just the points she scored that make her the Game Changer of this match.

Her creativity and selfless play split the normally stout Magpies defence and she lead the Lightning in Feeds and Goal Assists in the second half.

The game was there for either team to win in the early stages of the third, and Steph Wood made sure the Lightning flew home with a W.

From the first whistle, the Firebirds were playing catch up against the Swifts. After a third quarter turn around, the Firebirds came steam-rolling into the last quarter.

And right on cue, Firebirds hero and captain, Gabi Simpson took a game saving intercept, setting the Firebirds up for Extra Time. This game could have gone either way with every player putting on game changing performances, but Simpson’s intercept was the moment the game ticked up another gear and sent the huge Nissan Arena crowd into a frenzy.

Simpson with a huge intercept 💪 pic.twitter.com/KE4bHGD7g5

With the support of Kim Ravaillion, Lara Dunkley, and Jemma Mi Mi in the midcourt, Simpson should be free to shine in her specialist role of wing defence. Simpson’s constant hunt for every ball, her second and third efforts plus her leadership is what makes her one of the best in the business.

Her side takes the loss, but Simpson ended her game with seven deflections, three gains, two intercepts and one pick up. This game had you on the edge of your seat and it is clear that Simpson and her birdies are here to win in 2021. 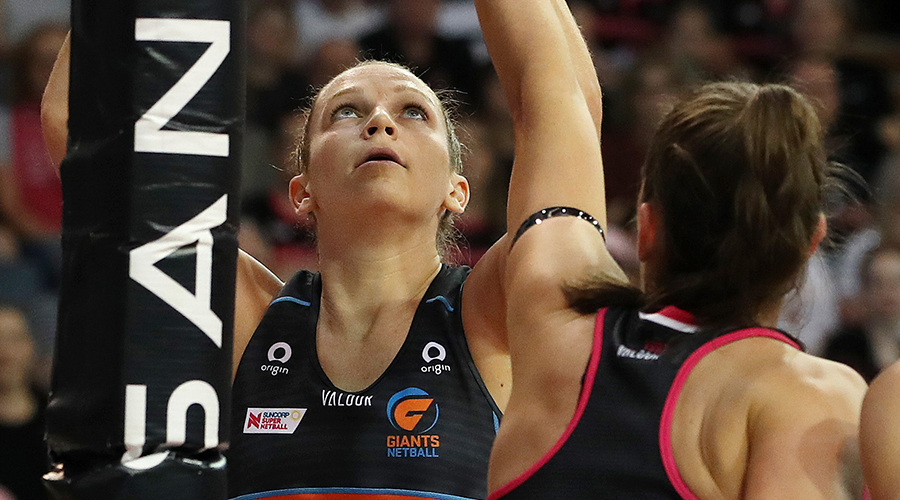 When GIANTS shooter Kiera Austin went down with a knee injury early in the second quarter, that could have easily rattled this young GIANTS team. But GIANTS captain Jo Harten pulled her teammates in and gave them the ref-up they needed.

She stepped up in a big way from that stoppage, scoring goals and really helping young gun Sophie Dwyer settle into the game in Austin's absence.

Her stats were through the roof, finishing with 30 points from 32 shots and four Super Shots, but the leadership she showed in that huddle clearly settled her teammates and was potentially worth more than all of her goals combined.

Fingers crossed Kiera Austin’s injury isn’t as serious as it seemed. But she’ll rest easy knowing her team is in very good hands if she is to miss time this season.