Round 10 had no shortage of brilliance, but these four players changed the game for their side and helped them go into the final month of the season with a win.

Five rounds of Super Netball remain and, with the ladder as close as it is, every win from here-on-out is crucial.

Every team needs to come out on top if they want to play finals netball, they need their game changing players to step up. These four players did exactly that.

What a difference a week in Netball can have. Last round I was writing about Wallace having the yips inside the goal circle which ultimately led to the GS being taken from the court, this week she’s my Game Changer.

There is no doubt Wallace would have been frustrated with her performance last week and with the impact Sophie Garbin had in their one-point victory, it was always going to be intriguing to see how the Swifts would line-up this week.

In Round 9, Wallace shot a season low of 76%, so all eyes were going to be on the Swifts’ shooting accuracy. As all great players do, Wallace put the disappointment of last week behind her to help guide the Swifts to victory with an incredible display of shooting.

Wallace shot a game high 33 from 33 attempts (including a Super Shot) to help set up a 16-point lead at half time. The Swifts dominated the Vixens in the first half, controlling 59% of total possession.

When a team is dominating play as convincingly as the Swifts were on Saturday, it is crucial that you convert that into scoreboard pressure while you have the ascendancy. Wallace certainly made the most of the Swifts’ red-hot start, scoring six goals before the Vixens team had even scored.

It was the way Wallace responded after last week along with her confidence and immediate impact on this game that earned her my Game Changer for this clash. 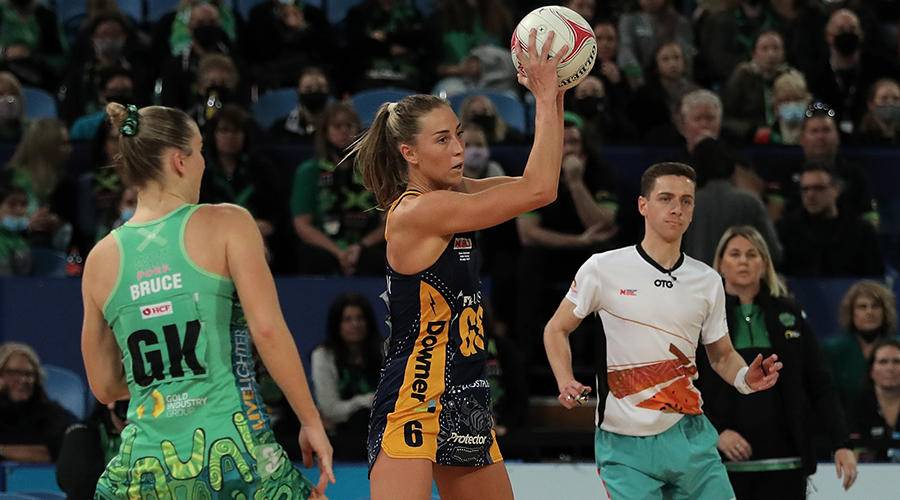 This was another one of those matches where a number of players could have been awarded the Game Changer honours as the Lightning handed the Fever their second defeat of the season.

Steph Wood had a dominant performance, the midcourt of Cassidy, McAuliffe and Scherian were productive, and the Pretorius/Maweni defensive combination was as rock solid as ever.

However, it was the all-round game from Cara Koenen in her 50th national league game that gave the Lightning the edge over the Fever.

The battle between Koenen and Courtney Bruce was always going to be the matchup to watch and it certainly didn’t disappoint.

The last time these two teams went head-to-head was back in Round 3 where the Fever dismantled the Lightning by 15-points. In that clash, Bruce got the W over her opponent with Koenen subbed out midway through the second quarter.

This time around it was Bruce who was forced into a positional change due to the impact Koenen was having on the game. Koenen was lively in her positioning to start the game, electing to create space that she could lead into.

Koenen was changing up her directional movement throughout the match which didn’t allow Bruce to settle in defence. This resulted in Bruce committing a game high 18 penalties, including seven in the first quarter.

Not only was Koenen effective in nullifying one of the Fever’s most influential players, but Cara was also able to impact the scoreboard, shooting 44 goals from 48 attempts (92%) along with five-rebounds. The performance of Koenen in her milestone game against quality opposition is why I have awarded her Saturday night’s Game Changer. 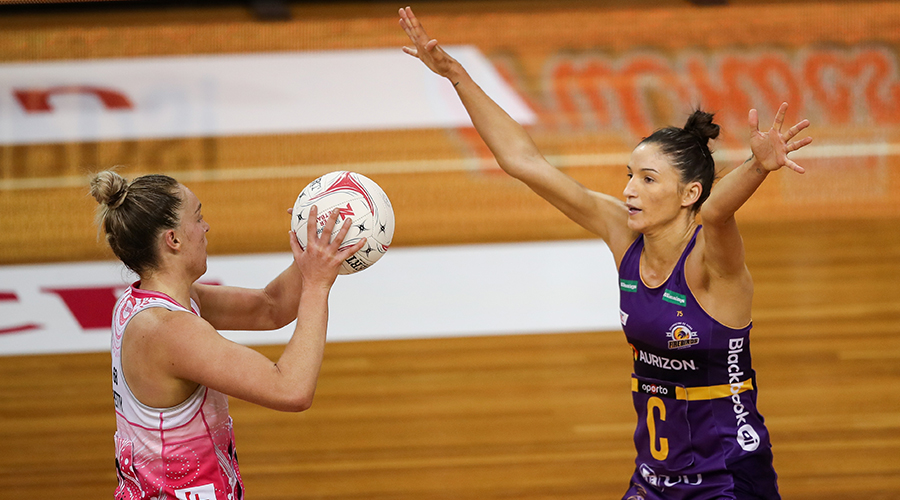 Coming into the second half of this crucial match between the fifth placed Firebirds and sixth placed Thunderbirds, the game was in the balance.

Both defensive units were controlling the match, suffocating the shooters and forcing plenty of mistakes in transition. Someone needed to step up and break the through the quagmire. Someone needed to up the intensity for their team and game the flow of the match.

Of course, it was Kim Ravaillion of the Firebirds who did exactly that in a scintillating third quarter which completely blew this game wide open.

Sure, seven feeds and three assists isn’t the most eye-opening stat line for a Centre over 15-minutes of play, but Rav was everywhere and her work-rate was through the Netball SA Stadium roof.

Considering how messy the opening half was, for your main ball mover to have zero turnovers for a quarter was crucial in the Firebirds big second half. She also worked overtime in defence, snapping up four gains, three intercepts and a deflection for a gain. All this helped her reach 53 Nissan Net Points in the third as her Firebirds blew their lead out to ten at three-quarter time.

After a tight opening 30-minutes to this one, the Firebirds swarmed all over the Thunderbirds in the second half, outscoring them 34-20. It took patience and hard work to breakdown this Adelaide defensive setup, two things synonymous with our Game Changer Kim Ravaillion. 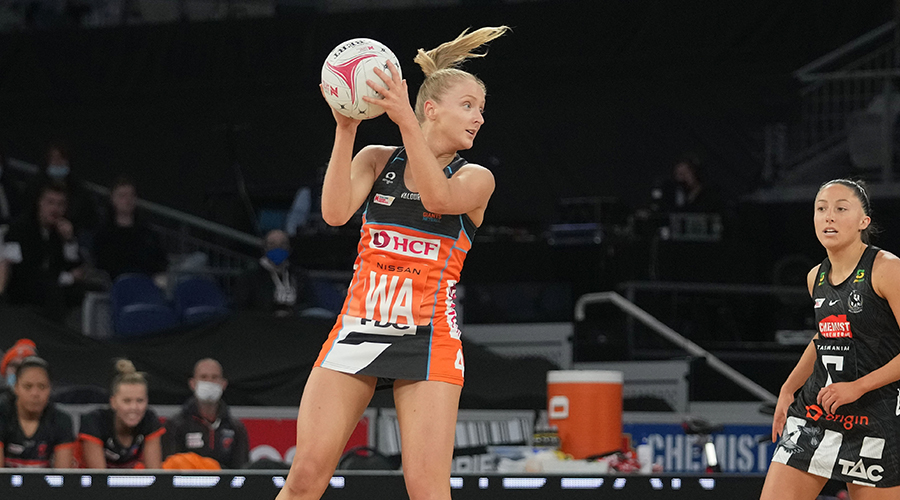 Trailing by seven-points at three-quarter time, the Magpies needed to throw everything they had at the GIANTS in the last 15-minutes of this one.

And they did just that. Ash Brazill was flinging it all over the place, Geva Mentor and Jodi-Ann Ward were throwing themselves at every ball that came near them, and Gabi Sinclair was creating scoring opportunities left, right and centre.

But it was all for nought, as the immense pressure they were mounting didn’t faze the GIANTS one-bit, least of all our Game Changer and Player of the Match Maddie Hay.

Every time it seemed like the Magpies were about to overrun the GIANTS, Hay made the right pass into the circle, presented for a pass to keep the play alive or swooped on a loose ball, and it was those things that eventually snuffed out any chance of a Magpies comeback.

Hay has turned into one of the biggest accumulators in the competition this season and was keeping the stat-keepers busy again today, with game leading feed and assist numbers (23 and 42) to go along with 18 centre pass receives, three gains, two intercepts and a deflection resulting in a gain.

And her final 15-minutes were almost certainly her best, icing the game and holding a desperate Magpies side at arm’s length as the GIANTS cruised to a nine-point victory.