We saw some big performances across the four Round 13 matches, and these four game changers left it all out on the court at the business end of the season.

All four of the matches across Round 13 had so much riding on them. Staying alive in the finals hunt. Avoiding the wooden spoon. Taking top spot with just one game remaining.

So which players stood up when their team's needed them most?

What an incredible performance this was from the Magpies, and I really had my pick of four or five players who changed this must-win game for Collingwood.

In the end I’ve gone with Molly Jovic, who was given the big job on Kim Ravaillion and came away with the goods.

And this is nothing new for the quiet achieving centre. Every week Jovic goes out there and gets it done, always popping up when her team needs her most and, as Kierra Trompf pointed out when interviewing Jovic after the match, she barely looks like she breaks a sweat.

The Pies came out and landed some serious body blows early in this one, taking a 7-point lead into the major break, and that’s where Jovic did her best work.

The part of Jovic’s game that can always be relied on, is her work off the ball, and that was on full display against the Firebirds last week. She hassled the Queensland mids all night and was super active in front of their attack end, forcing the Firebirds feeders to test their luck against this ball-hawking Magpies defence with long passes.

If the Magpies were going to win this one against a fast and frenetic Firebirds side desperate to make the finals, their main ball-users were going to have to be clean and efficient, and that is exactly what Jovic gave them at centre. 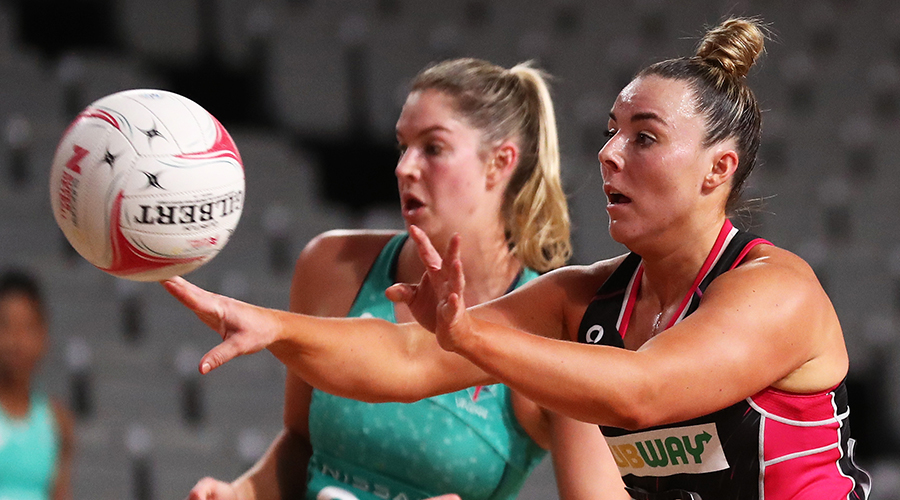 Despite the two bottom teams playing off in this game, there was still a lot to play for. The undesired wooden spoon was still up for grabs, with a win here for the Thunderbirds guaranteeing they would finish off the bottom of the ladder.

And win was exactly what they did.

It was a tight battle early on in the first quarter, with the Vixens looking like they were going to push their opponents the whole way. The Thunderbirds were in control of possession but were breaking down when entering their attacking third.

Cue Elle McDonald. For the second week in a row, McDonald came off the bench to replace Petty and provided her team with much needed poise and composure.

McDonald entered the game at the start of the second quarter and the Thunderbirds immediately looked better structured. Adelaide blew the lead out to 7-points and took complete control of this game.

McDonald was then moved to WA in the second half and the Thunderbirds’ front end looked confident and assured with their feeds into the circle. The court seemed to open up with McDonald in that position, which allowed the shooters to find space and score with ease. 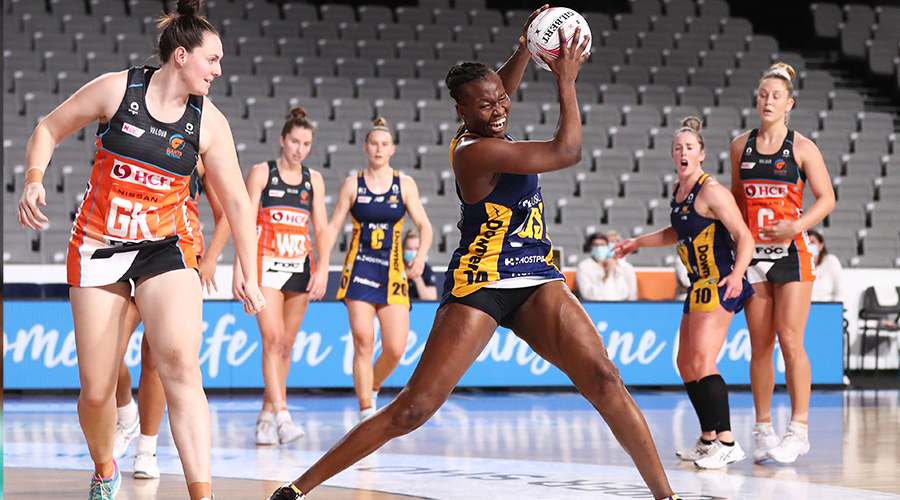 When a game that has so much on the line goes into Extra Time, there is always going to be a large pool of players to choose from. Player of the match Mahalia Cassidy was inspirational at both ends of the court all night, Sophie Dwyer was electric from Super Shot territory and Laura Scherian had a huge impact for her side.

However, I decided to award the Game Changer honours to Peace Proscovia, who came onto the court with the game up for grabs and had the confidence and poise to play her role in the biggest game of the season for the Lightning to date.

Things were looking shaky when Proscovia's teammate Steph wood was taken from the court with an injury towards the end of the third quarter. Wood is a pivotal cog in the Lightning’s lineup, so when she was seen hobbling off the court, the Lightning’s chances of winning were beginning to slip away.

Without any hesitation, Proscovia sprung onto the court and scored three consecutive goals for her team. With Wood off the court, star shooter Cara Koenen was being closely guarded by the GIANTS’ defence, allowing Proscovia the space to get into dangerous positions.

Peace did exactly that, ending the game with 21-goals on only 22-shots in under 25-minutes of gameplay. Proscovia also recorded 0 turnovers during her stint on the court, showcasing her coolness under pressure.

This is the most points Peace has scored all year, and to do it in the most important game of the season and under such prodigious circumstances, is the reason Peace Proscovia is awarded the Game Changer. 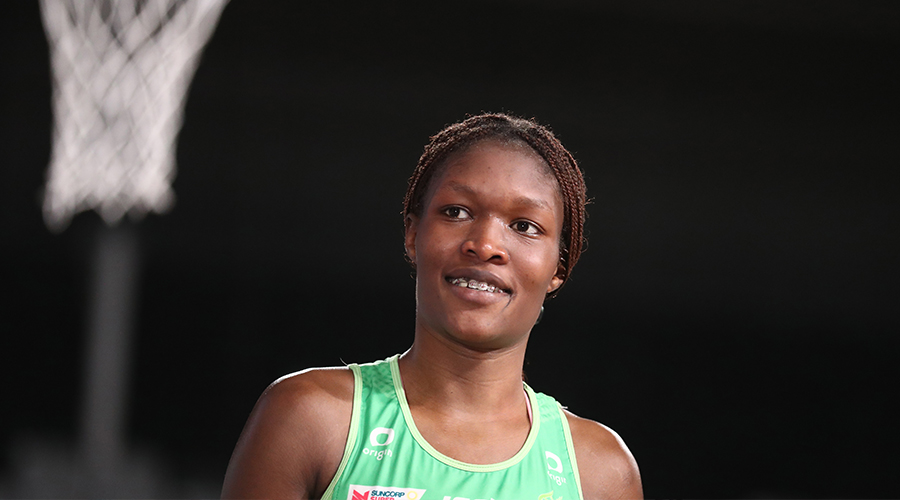 I believe Sunday Aryang is the most exciting young player in the competition. Don't agree? Go back and watch what she did on Tuesday night against the Magpies.

From the opening whistle to the shambolic final quarter, Aryang was everywhere, amassing seven gains, four intercepts, three deflections and a rebound.

Her partnership with her captain and defensive colleague Courtney Bruce has blossomed into one of the best in the league. The way they roll off their players, attack the ball and confuse the space as a unit is now on the same level as tandems like Sarah Klau and Maddy Turner and Karla Pretorius and Phumza Maweni.

Maybe the most eye-opening stats from the night for the 20-year-old defender was what she didn’t do, and that’s commit penalties. Four contacts and one obstruction for a goal defender playing 60-minutes of netball is almost unheard of in 2021 and something that should be applauded as the game gets faster and more physical.

Oh and she also wiped the floor with every player she came up against, sending Gabby Sinclair (fresh off being named the player of the match against the Firebirds) and Kalifa McCollin to the bench. While it’s not always fair to judge a defenders game on the numbers their opponent put up, in this case I think it is pretty accurate, as the Magpies’ goal attacks added just 16-points to their team’s total with Aryang on them.

I try really hard to avoid picking the player who is eventually named the Nissan Player of the Match but, full disclosure, I started writing this one with 4-minutes remaining in the third quarter, that's how good she was.