Another round of Super Netball calls for another round of Game Changers. Plenty of players stood up in Round 2, but we believe these four changed their game.

Another massive weekend of Super Netball means another four Game Changers, and we’ve got some great ones here.

All four matches were in the balance in the late stages, which makes it tough to select just one player who swung each match.

But we believe these four set the tone, stole the show and changed their respective match.

It’s not often that a player like Jo Harten will score 45 of the team’s 66 points and not be awarded the Game Changer. However, if you watched the performance of Jamie-Lee Price on Saturday, there should be no arguments on who deserved the honour.

Price was enormous for the GIANTS, against the now winless Magpies, and was a dominant force at both ends of the court.

The GIANTS star had a team high 34 feeds, 19 of which were in the first half where the game was won. Price also helped herself to 19 goal assists, which could have been a lot more if it wasn’t for some errant shooting by her teammates in the last quarter.

When the Magpies started to build momentum in the third quarter, it was Price who took control of the game and slowed down the play to halt any sign of a Collingwood comeback.

It wasn’t just Price’s attacking play that won her the Game Changer accolades, it was her presence on the defensive end that helped solidify a convincing GIANTS victory.

Price ended the match with five gains, four intercepts and two deflections and the defensive role she played on Ash Brazill played a big part in the win. With multiple significant injuries for the Magpies, Brazill was the key to any chance of Collingwood winning, however, Price kept her Centre counterpart to only eight feeds and seven goal assists.

Price had such a dominant impact on Brazill, that the Magpies were forced to pass the Centre bib on to Kelsey Browne to try and win back momentum. However, the game was over by half time and it was Jamie-Lee Price’s physical presence and composure with the ball that proved to be the difference. 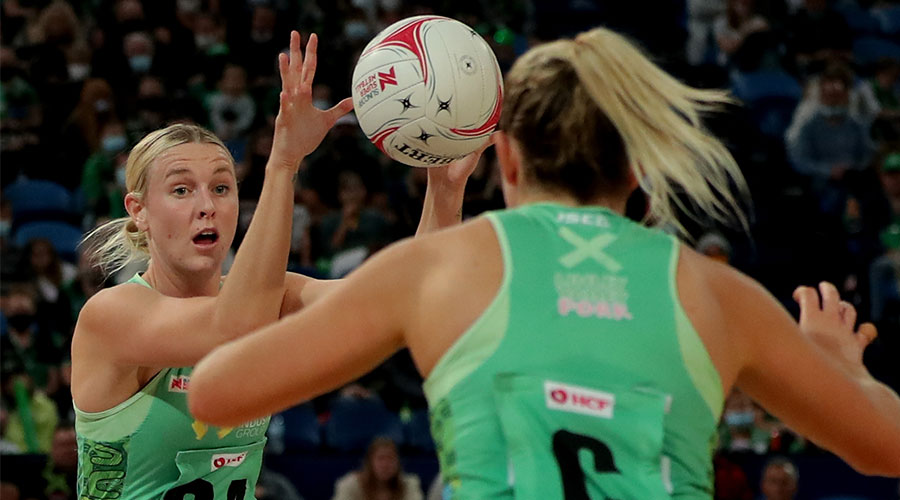 Goal for goal. Swifts lead. Fever lead. Tie. You name it, this game had it. But it was Sasha Glasgow donning the goal attack bib who came on midway through the third and made this game her own.

As soon as Glasgow stepped on to the court, the Fever squad took it up another gear, and the green army were louder than ever.

Glasgow had an immediate impact on the game, and she made it known when she got back on the defence to draw a turnover, headed towards the attack to draw a contact, made her way into the goal circle, and finished it off with the Super Shot. With momentum shifting the way of the Fever, a Glasgow Suncorp Super Shot when the Fever needed it most was a glorious sight to see.

The newfound energy for the Fever with the moving circle in Glasgow and Fowler proved to be the difference, along with the handy work of Jess Anstiss and Emma Cosh too.

Looking at the stats, Glasgow had a total of 24 minutes on the court and tallied up 39 Nissan Net Points, four goals, five total points, 11 goal assists, 17 feeds and four centre pass receives. Plus, all the one percenters that aren’t on the sheet like pressure down the court and standing up in the big moments.

What more could you ask for from your goal attack who started on the bench?

One of the keys to this imposing Melbourne defence during their premiership run last year was Kate Eddy at WD.

She is a wall who’s main mission is to slow down the opposition transition, allowing those ball hawking defenders behind her to come out and fly at the long passes she forces teams to make. Her height, athleticism and discipline make her a tough opponent for a WA to break down.

But veteran Lightning speedster Laura Scherian solved her in this one.

Shez just ran Eddy off her feet and, eventually, off the court, as Vixens Head Coach Simone McKinnis opted to go with Allie Smith for the entirety of the second half.

Shout out to Allie Smith, by the way, who might consider herself stiff that it's not her name at the top of this part of the segment. She was instrumental in the Vixens strong second half.

It wasn’t Scherian’s biggest game ever in terms of stats, she finished with 27 centre pass receives, 23 feeds and 19 assists, but her work around the circle and in the attack end nullified Eddy’s size had Melbourne’s defence reeling.

While I was tempted to go with one of the many second half Melbourne heroes, the game was won in the opening two quarters and Scherian was instrumental in the Lightning’s early dominance. 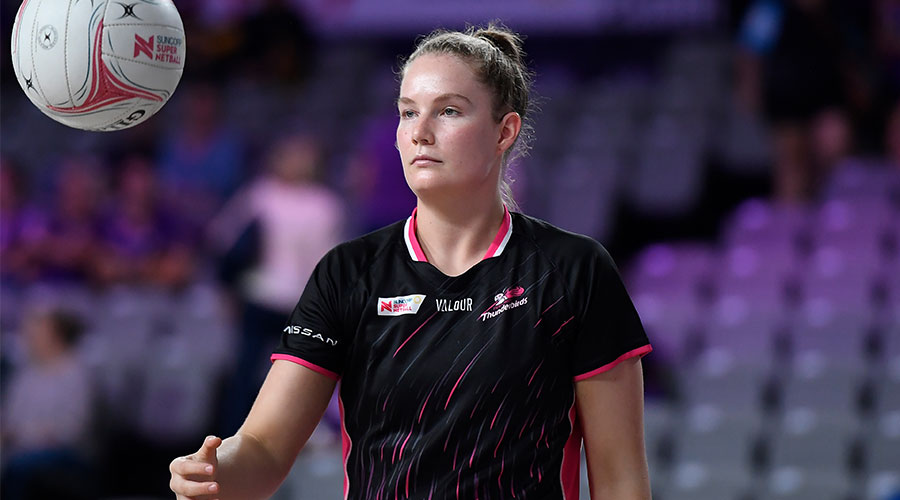 With the Firebirds jumping out to an early lead and holding the Thunderbirds at arms length for the much of the game, this one was hard to pick. But I decided to go with Adelaide sniper Sam Gooden.

It’s anyone’s guess what Georgie Horjus, 2020’s Super Shot darling, has done to lose her job as the number one GA for the Thunderbirds but Gooden is relishing the extra minutes.

The Firebirds threatened to blow this one wide open early on, but it was the steady shooting of the Thunderbirds big GA that kept this one from getting too ugly.

After starting on the bench behind Horjus, she ended up with 22-points from 21 shots, including six Super Shots, and that kept Adelaide right in the game.

Of course, those Super Shots were keeping them in touch on the scoreboard, but it was her ability to find her fellow shooters Lenize Potgieter and Horjus that really stretched this Firebirds defence.

If she can continue making those big shots while finding a way to keep the assists ticking over, she finished with 10 assists from 13 feeds, this Thunderbirds team will continue to improve and hopefully start seeing some positive results.