From a dead-eye Magpie, a pair of inspirational captains and a fired up Vixen, Round 3 of the 2021 season brought us four thrilling games, and four ruthless game changers.

Another week, another round of Game Changers.

All four matches had a lot on the line, whether that was securing the first win of the season, staying undefeated or taking home silverware, and these four players did everything they could get their team over the line.

Whether they won, lost or were named player of the match, these four players changed their respective game in Round 3.

The best part about the Game Changer award is that it can be won at any stage in the game. And in Saturday afternoon’s encounter between the Magpies and Thunderbirds, it came down to the final moments of the match.

The Round 3 clash was a see-sawing, scrappy affair; with both teams desperate to claim their first win of the season. For the entire 60-minutes of play, it was anyone’s game to win.

With five minutes left to play in the final quarter, the Thunderbirds had scored six of the last seven points to turn a three-point deficit into a two-point lead. All momentum was with the Thunderbirds and it was looking like they were going to run over the top of the Magpies.

That was until Gabby Sinclair took possession of the ball in Super Shot territory with only three minutes remaining in the game. Instead of feeding the ball to Shimona Nelson under the ring, who was shooting at an incredible 95%, Sinclair took the onus on herself to make the big shot.

To put the moment in perspective, Sinclair shot 0/4 from the Super Shot zone last week. Despite her inaccuracy from deep the round prior, Sinclair still had the courage to attempt the shot at the most crucial time in the game. Sinclair of course made the shot, tying the scores and halting the Thunderbirds’ momentum.

Collingwood then scored the next four points of the match to Adelaide’s nil, which evidently was the final margin of the game.

It was Sinclair’s boldness in the most crucial moment of the match that earns her the Game Changer accolade.

While I’d love to choose someone like Sasha Glasgow, who broke the stiff Lightning defence with her slick movement when she was brought on in the second, or Stacey Francis, who replaced Sunday Aryang and helped stem the bleeding midway through the first, there’s an obvious choice staring me in the face.

I’ve gone with the inspirational Fever Captain, Courtney Bruce as the Game Changer for Saturday night’s blockbuster between the Fever Lightning.

Her opening 15 minutes of the match was not up to her usual standard, and the Lightning made the Fever pay for it, skating into the opening break with a comfortable nine-point lead.

That’s when the Fever and Bruce went off.

They scored 57 of the next 33 points and ran away with a fourth straight double-digit win over the Lightning. And it was the Nissan Player of the Match winning response from Bruce that spurred on that massive bounce back.

Five intercepts, seven gains and four deflections in the final 45-minutes, as well as getting the job done on the Lightning’s most dangerous scorer Cara Koenen.

Koenen looked set for a massive night after she poured in 15 opening quarter points, but could manage just 13 more for the match. A lot of those struggles came off the back of some brilliant Fever pressure, but it was Bruce who capitalised on the Lightning mistakes and ripped this game away from the home team.

Things were looking grim for the Fever when they came off the court nine-points down at quarter time. Someone had to step up and change the game, which is exactly what Captain Courtney Bruce did. 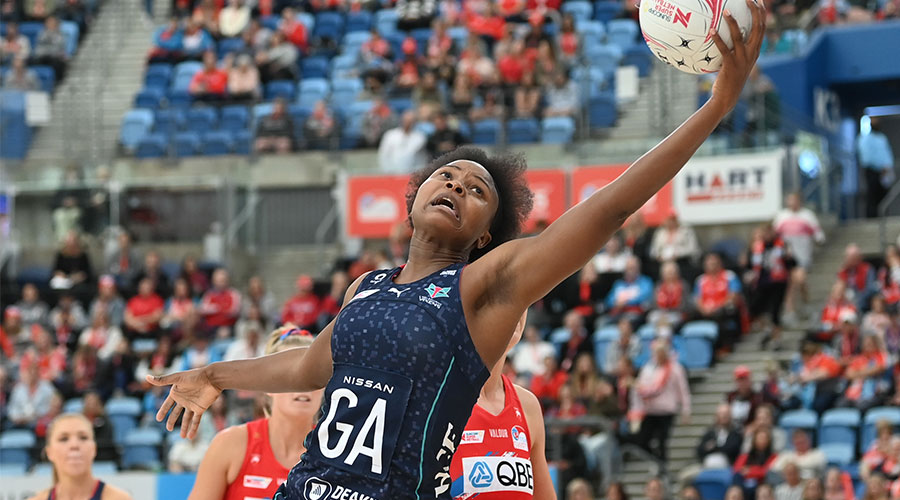 This one was a tough one to pick a single player who changed the flow of this game, considering the Swifts jumped out to a 10-point quarter time lead and held the Vixens at arm’s length for the rest of the game.

But there was a moment in this match when it looked like the Vixens might just pull off the most unlikely of comebacks and that was when Mwai Kumwenda stepped up in the late stages of the third.

When Swifts GS Sam Wallace sunk her 36th straight goal with just over five minutes remaining in the third, NSW were out by 13-points and looked like they were cruising to a comfortable win over their old rivals.

The Vixens needed to up their game before this one disappeared on them, and they did just that thanks to some great defensive pressure and their inspirational Malawian shooter.

She opened an eight point to two run for Melbourne with a massive Super Shot off the back of a great defensive play from Emily Mannix. She bounced out of that with her signature “come on!” bellow and had a crack at a second two -pointer moments later, which didn’t fall but the rebound fell to Ruby Barkmeyer all alone under the post. Another goal to MJ followed then a goal assist right after when she found Barkmeyer in the Super Shot zone. Six points in 90 seconds and the Swifts lead is cut to just seven.

Sure, Sam Wallace landed a body blow of a Super Shot on the siren and MJ’s final quarter is one she’d probably like to forget, but there’s no denying that Kumwenda had her teammates and Vixens nation believing they could win this one. 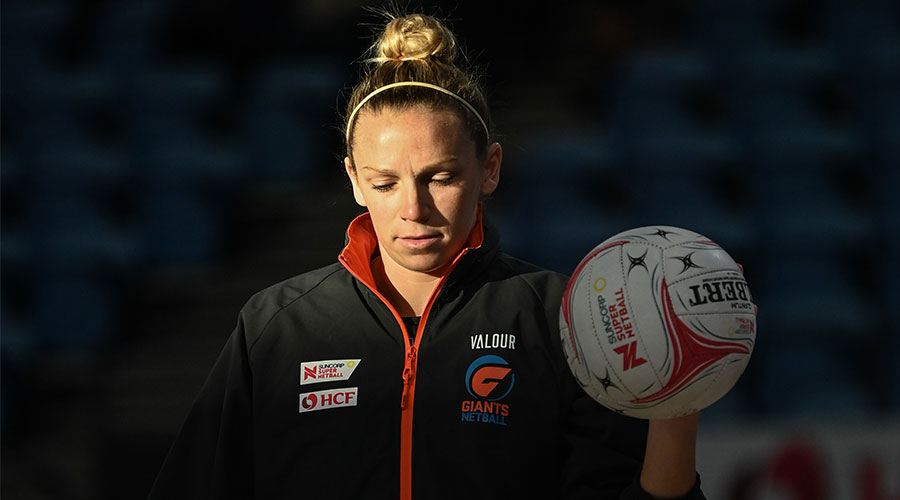 Last week Jo Harten’s name was thrown around after a strong performance but didn’t earn the game changer title.

Now that Round 3 has come and gone, there are no surprises here that I am writing Harten’s name down this week.

The game was there for the taking and that is exactly what GIANTS captain and goal shooter Harten did, she made the game against the Firebirds her own.

It was around the 5-minute mark of the second quarter that Harten flicked the switch to “go time”, and ripped this one away from the Firebirds.

In just 15 minutes of netball, Harten went on to score a game changing 18/20 at 90% accuracy and rightfully so went on to claim the Player of the Match bragging rights.

The GIANTS’ win was a complete all-in performance and without goaling partner Sophie Dwyer and the attacking midcourt duo of Maddie Hay and Jamie-Lee Price, Harten wouldn’t have had the game she did.

Tara Hinchliffe, Kim Jenner and Rudi Ellis were unable to stop Harten on her quest to keep her club on top of the ladder, as she finished the game with a total 44/53 at 83% accuracy plus some handy assists, feeds and rebounds. But it was Harten’s second quarter that proved to be the difference and set up the GIANTS win, squashing any hope of a Firebirds come back in the final quarter.

The Super Netball is better with Jo Harten in it and the netball community should feel so lucky we get an athlete of her calibre playing in Australia in her prime.