After four massive games this weekend, we've given three players and, for the first time, a coach the nod in Round 4's edition of Game Changers.

Round 4 was a hotly contested one, with all four matches in the balance at the business end.

And when games are tight, that's when the best players step up and try to change the flow of the match in their team's favour.

These three players, plus our first ever entry for a coach, changed their games in Round 4.

The Game Changer accolade isn’t typically awarded to the player of the match and top scorer; however, Shimona Nelson’s game yesterday was one of a kind.

In the Round 1 wrap, I mentioned how Nelson would be a superstar of the game if she could become more consistent and work on cleaning up her hands. Well, it only took two rounds for that to come to light.

Nelson was influential in her team’s Round 3 victory, and Shimona’s impact in their upset win against a strong Firebirds outfit this week was something special.

Nelson ended the game with an astonishing 53 points from only 54 shots. Yes, you read that correctly.

When you come up against a team who are hot favourites to beat you, it is pivotal that you take every chance that comes your way. And Nelson’s 98% shooting accuracy is the definition of making the most of every chance.

Nelson was especially clutch in the dying moments of the game – taking an outstretched catch from an errant pass while almost falling out of play, then having the composure to sink the shot and put the game out of reach.

It was Nelson’s presence in attack and ability to score efficiently that helped her team claim an important win and therefore earning the Game Changer honours.

I must also make mention of Ash Brazill’s inspired performance yesterday. Unlucky to not be nominated, Brazill’s last quarter was truly brilliant, with her energy and determination helping the Magpies pull off the victory. 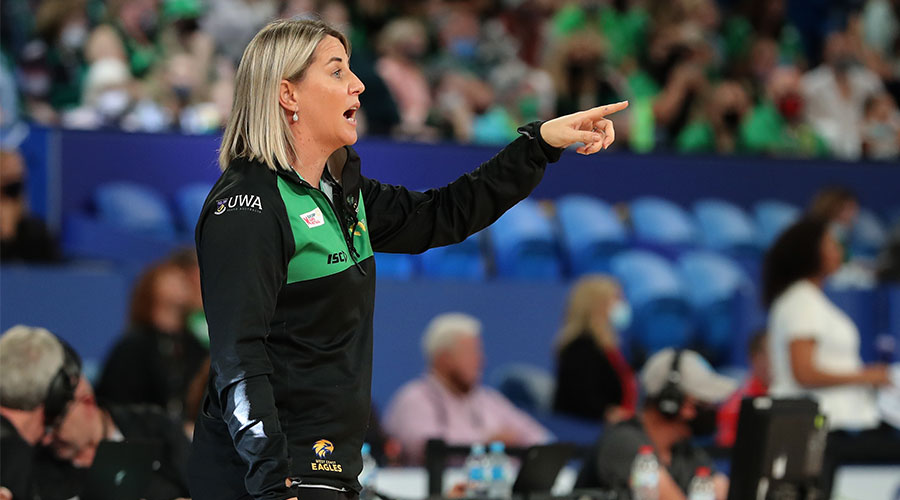 I’m going to mix things up here on this one and name the West Coast Fever Head Coach as the Game Changer in this hotly contested Saturday night match.

This game was won in the third quarter, where the Fever outscored the Thunderbirds 21 to 14 to transform a tied halftime game into a seven point three-quarter-time lead. A deficit Adelaide never recovered from.

Why am I picking the coach and not a single player? Because I think Marinkovich and her support staff’s personnel decisions completely changed this game.

Her ability to recognise mismatches, for and against her team, and make key changes on the court makes playing the Fever incredibly difficult. And that was on full display on Saturday night.

The Thunderbirds defence had Emma Cosh’s number in the first half while their attack end was finding plenty of success against Courtney Bruce, Stacey Francis and Jess Anstiss. So Marinkovich threw the bibs around.

Francis on at WD in front of Bruce and Aryang to give them some serious size in the defensive end. Anstiss moves up to Centre and Verity Charles into WA to feed Jhaniele Fowler and Sasha Glasgow in the shooting circle.

When Marinkovich rolls that setup out, it completely changes how you have to play this Fever team, which is exactly how it played out against Adelaide.

Aryang and Bruce looked far more confident coming off the body when the long frame of Francis was out in front of them at WD. And Charles, who’s a brilliant Centre, gave that attack some extra pace they lacked in the first half.

After last week’s disappointing loss to the Fever at home, the Sunshine Coast Lightning needed to respond in Round 4, particularly in the defensive end.

They were monstered, as many teams are, by Jhaniele Fowler and the rampaging West Coast attack last Saturday and would have been a little concerned at halftime today when the Swifts went into halftime on-track to score 66-points.

They needed to step up defensively, which is exactly what Karla Pretorius and Phumza Maweni did.

Honestly, I could have chosen either of these two South African superstars, but I decided to go with Maweni because of her ability to create turnovers and because of the job she did on Sam Wallace in the third and fourth quarters.

She had five second half gains, two deflections and led all players with 49 Nissan Net Points after halftime. But it was what she was able to do against her direct opponent in Sam Wallace in the second half that really changed the flow of this game.

Wallace had 24-points in the opening 30-minutes of the game, but could manage just 14 in the second half. Laura Geitz called it out in the broadcast that Maweni and Pretorius changed the way they were playing on Wallace in the second half, coming off the body and being proactive at the ball.

Maweni came up with some massive turnovers in key moments. Maybe her biggest came midway through the fourth. The scores were tied at 49-all, the Swifts had just scored three straight and had their eyes on the lead when Maweni came flying out to pick-off a cross-court Nat Haythornthwaite pass. 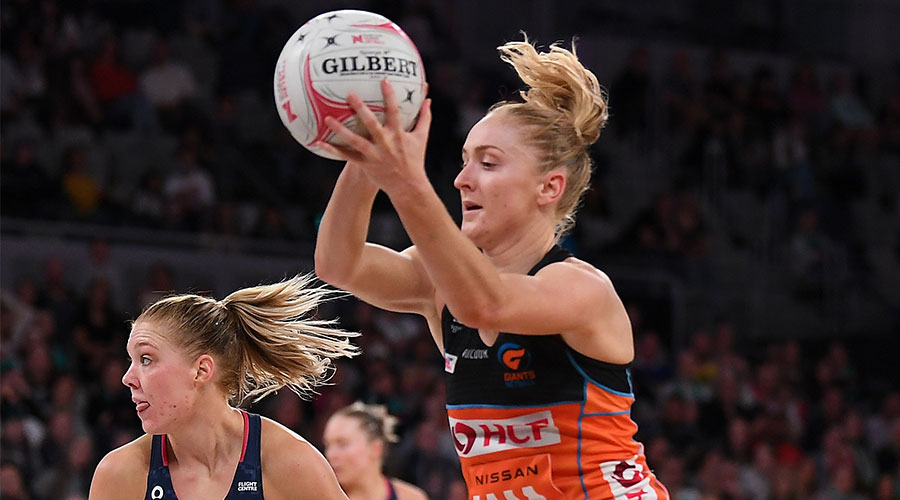 In a team full of huge names and absolute forces on the netball court, including Jo Harten, Jamie-Lee Price and April Brandley, you may miss the quiet achievers and the workhorses that make this team so good.

I'm looking at you Maddie Hay.

What a weapon in the wing attack bib Hay was in the GIANTS’ Round 4 clash against the Melbourne Vixens.

In her complete 60-minute performance, Hay finished the game leading the Nissan Net Points on 100, the feeds on 48 and the centre pass receives on 23. Plus 25 goal assists, two deflections and one pick-up.

It may not have been the GIANTS’ best game so far, but when they needed to steady and compose themselves, it was Hay working up and down the court to make sure those scores were going on the board.

Hay had such an impact on the game early that she dislodged one of the best wing defences in the comp in Kate Eddy. Allie Smith had a turn slowing Hay down, Jo Weston followed before McKinnis threw the WD bib back to Eddy to finish the match. Three opponents in 60-minutes, not phased and comfortably got the job done.

You can’t ask for much more from your wing attack, and Hay showed everyone what she is capable of in her sides win.