With just six rounds remaining before finals, every win is crucial. Now is the perfect time to stand up and win the game for your team, and that's exactly what our four Round 9 Game Changers did.

With so much on the line as finals loom, there is no better time to step up and change the game for your side.

These four players did just that in Round 9, and helped their team come away with the win.

Coming into this match, my biggest concern for the Vixens was how they would handle a Lightning attack end fresh off one of its best games of the season so far against a rock-solid Magpies defence.

In particular, I was interested to see how they would deal with the uber-crafty Cara Koenen, who tore the Magpies apart. Would Simone McKinnis opt to go with Kadie-Ann Dehaney or would she go with Emily Mannix, who was in the side for the first time since Round 4?

In what turned out to be a stroke of genius, she threw Mannix the GK bib, and her big defender didn’t let her down, playing one of her best games of the season and shutting down the Lightning shooter in the process.

Mannix’s stat-line from the game is super healthy, with six gains, four intercepts, a pair of deflections and a rebound to her name, but it was her ability to force the Lightning to alter their attacking setup that changed this game.

They started with Steph Wood and Cara Koenen, moved Cara out to goal attack with Peace Proscovia behind her, then swapped out Proscovia for Wood at goal shooter. No matter the combination, Mannix and her defensive crew of Jo Weston and Kate Eddy were able to solve and eventually hamstring them.

Mannix and the Vixens defence were able to hold a Lightning attack end that has averaged 59-points per game so far this season to just 52; and held them to just 22-second half points, their lowest scoring half of the season.

A big shout out has to go to Player of the Match Kaylia Stanton and young midcourter Hannah Mundy who both played their best games of their Vixens careers, but the job Emily Mannix did on the Lightning shooters changed the game in my eyes. 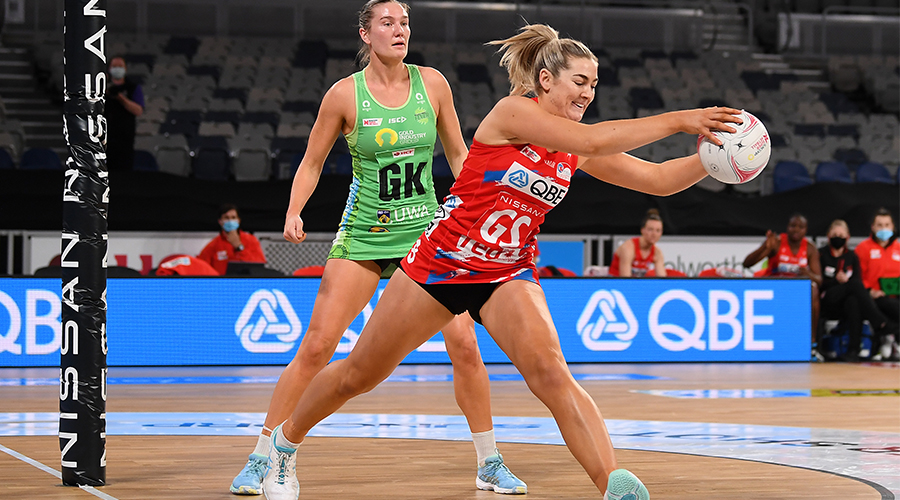 Early on in this encounter, it was looking like the Fever were going to storm to their 8th straight win of the season after holding a five-point lead at the first break. The Fever were all over the Swifts, particularly in defence with the game being played right into the hands of Courtney Bruce.

The Swifts were finding it difficult to connect with their shooters; and when they did, they were squandering their opportunities. Sam Wallace had the yips inside the goal circle, shooting at only 75% in the opening quarter and a half.

Wallace just wasn’t rewarding her team’s hard work through mid-court under the ring, so the change was made to bring on Sophie Garbin. Garbin had an immediate impact, scoring five consecutive goals to give the Swifts a two-point lead midway through the second quarter.

Garbin shot at 93% in the second quarter and put through 11-goals to turn a five-point deficit into a three-point half time lead. Not only was Garbin able to impact the scoreboard, she was also able to nullify Bruce’s first quarter dominance.

She matched Bruce in terms of strength and started playing her higher up the court, taking away her intercept opportunities as well as opening up the space for her team to work behind her.

Her ability to impact the game immediately off the bench and shift all the momentum towards the Swifts in the second quarter made Garbin a no-brainer for my Game Changer. 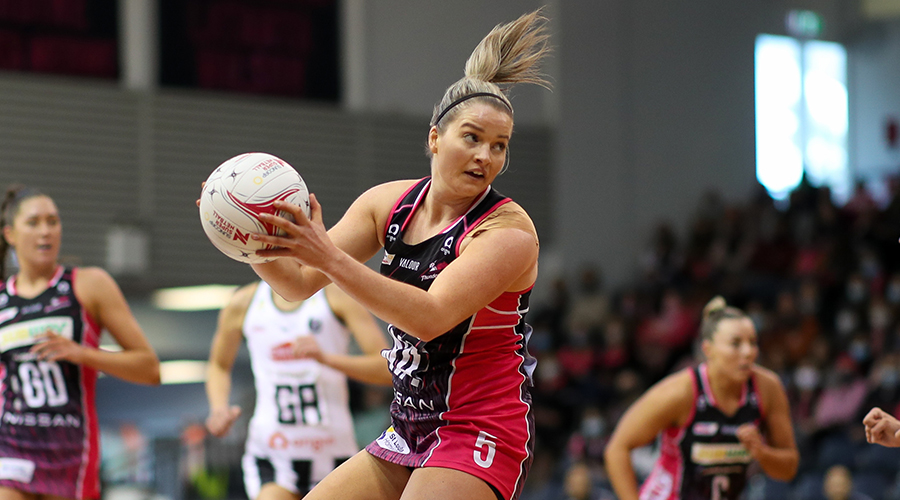 After her Rising Star award winning year last season, Maisie Nankivell has taken the next step in her development and represents the next generation of dominant Australian midcourters.

And she was unbelievable against the Magpies yesterday, amassing 47 feeds, 31 assists and 13 centre pass receives in a Player of the Match winning performance.

She took it right to the Magpies early, getting 11 of those feeds and six assists in a blistering opening quarter which forced Collingwood head coach Nicole Richardson to move the normally reliable Ash Brazill out of Wing Defence for the rest of the game.

Her relentless work across the court and strength at circle edge caused the Magpies defensive setup issues all day and the quality of her feeding always seemed to find her teammates in the best possible position. 35 of her 41 feeds ended in a shot by Adelaide shooters, and just four of those shots were missed.

Nankivell not afraid to put her body on the line 💪💪

Obviously, she’s dangerous with ball-in-hand but it was her work off the ball that really impressed me. She was always available for a pass and never stopped working to create space and options for her teammates.

And that summed up the difference between the two teams yesterday. Where the Magpies were wasteful and erratic, Adelaide were calm and willing to keep working when the Magpies defenders shutdown their first and second options, and Nankivell’s work ethic and patience tore Collingwood to shreds.

Sure, Shamera Sterling went nuts and Lenize Potgieter couldn’t miss, but I couldn’t go past Nankivell for the Game Changer nod in this one. 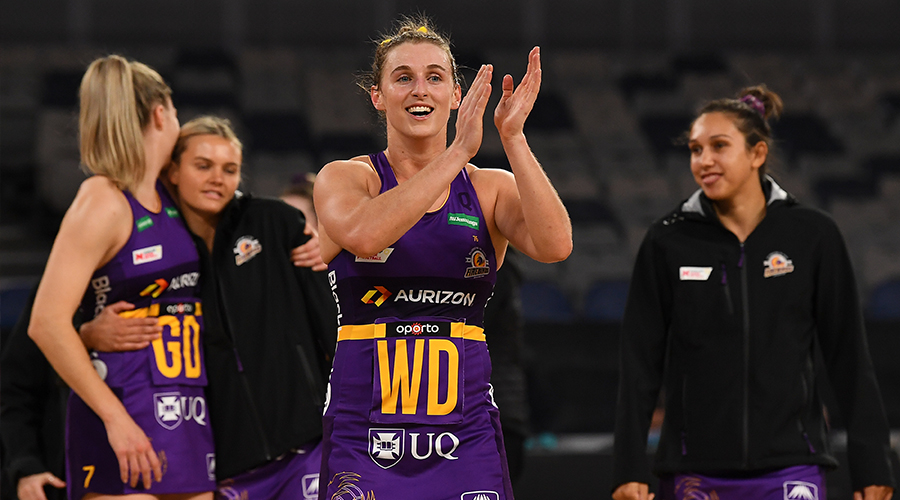 This was a clinical display by the Firebirds in a game few expected them to win. The Game Changer could have gone to any of the Firebirds starting seven, however the accolades go to unsung hero Gabi Simpson for her defensive impact in the Firebirds 11-point win.

Simpson had the tough task of lining up against GIANTS WA Maddy Hay, who has had an outstanding season to date and has been instrumental in the GIANTS hot start to the season.

Hay has led her team in Goal Assists, Feeds and Centre Pass Receives all season and has been the linchpin between the GIANTS’ midcourt and shooters. Hay has averaged 18 Goal Assists in 2021, however was kept to just the ten by Simpson’s relentless pressure and positioning. This was Hay’s lowest Goal Assist total for the season.

Not only was Simpson able to limit Hay’s impact on the match, Gabi was also influential in the Firebirds’ outstanding team defence. Simpson finished the game with six deflections, four gains, two interceptions and no turnovers for the entire match.

Despite the GIANTS’ recent results, it was always going to be a big challenge for the Firebirds against a quality opposition. And it was Simpson’s energy and relentless effort in the opening half that paved the way to her team’s third victory of the season.

In previous rounds we have seen opposition teams forced to make changes due to Hay’s influence in matches. However, in Sunday’s encounter, Simpson went head-to-head with Hay all game and won, which is why she gets the Game Changer honours.