The West Coast Fever have recorded an incredible third drawn game in four weeks, with the 2018 grand finalists and GIANTS Netball the latest pair to finish deadlocked after 60 minutes.

After a thrilling 62-62 draw last week against the Queensland Firebirds, the Fever walked away with the exact same scoreline at home against the GIANTS, with both teams letting chances to win go begging in the dying minutes.

The Fever’s 63-63 draw against the Melbourne Vixens in Round 4 sees them reach the halfway point of the season with one win, three draws and three losses – 11 points adrift of a spot in the top four.

Meanwhile the GIANTS were left to wonder what might have been, after leading by as many as eight goals throughout the contest but letting the Fever back in. 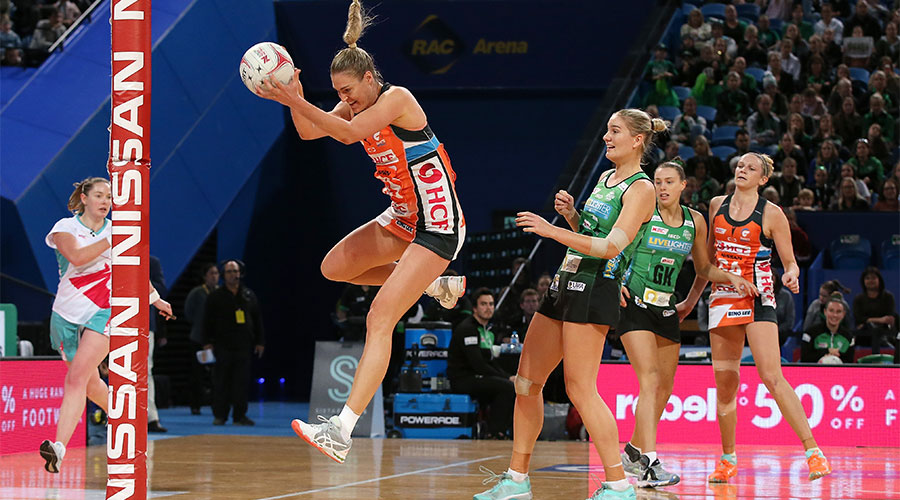 The GIANTS still led by four goals with just over three minutes remaining in the final quarter, but after showing remarkable discipline throughout the contest they committed a short pass on their own goal circle to allow the Fever to cut the margin back to one.

GIANTS goal attack Jo Harten (20 goals from 27 attempts) could have iced the game with a long goal attempt with less than two minutes to go, but missed, allowing the Fever to take the ball end to end to Jhaniele Fowler, who added her 61st goal to tie the scores with a minute on the clock.

The game was in the Fever’s hands as they chewed up time on their own centre pass, but goal attack Kaylia Stanton (one goal from two attempts), whose feeding to Fowler was suspect at times throughout the contest, ran out of patience and overplayed a long bomb from the centre third.

Confusion reigned as the GIANTS carried the ball the length of the court, with shooter Caitlin Bassett (42 from 46) appearing to score a goal with seconds to spare, but the umpire’s whistle called an end to the game before the ball passed through the net, consigning the teams to the draw. 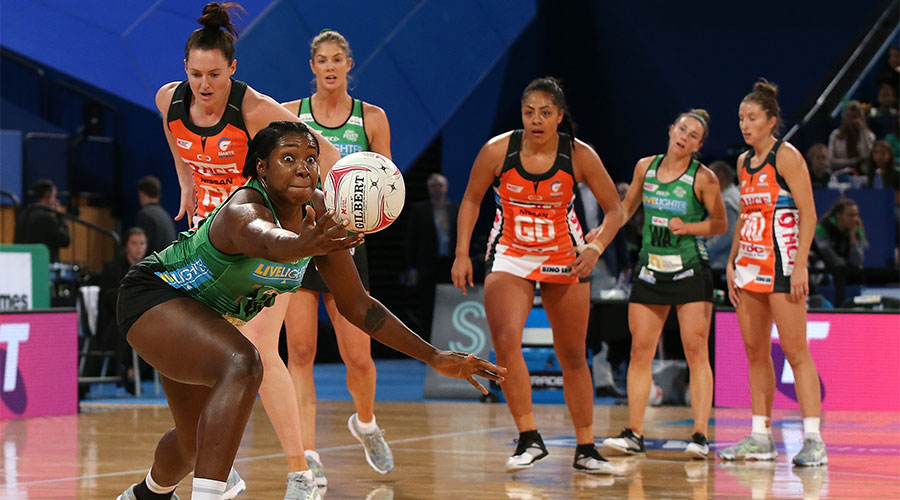 Earlier, the GIANTS had the better of the first half, coming up clutch in the closing minutes of the opening term to score the last three goals and take a 12-15 lead as well as the first bonus point.

The GIANTS came out firing early in the second quarter, quickly extending their lead to eight as West Coast struggled to build pressure, with the Fever committing 41 penalties to the Giants’ 23 in the first half to continually let the Giants off the hook.

When the Fever finally clicked they found their scoring machine in Fowler with ease, with the Jamaican captain scoring 61 of her team’s 62 goals by game’s end, and dragging the home side back into the contest to be four goals down at half-time and trail by two at the final change.

GIANTS veteran Kim Green was named the Nissan Player of the Match, with her steady head throughout an major factor in the result.