GIANTS Netball have beaten the the West Coast Fever 70-goals to 60 at Qudos Bank Arena and now lead the fifth place Magpies by seven premiership points.

The GIANTS have staked their claim on the final place in the 2019 finals, after beating the West Coast Fever 70 to 60 and claiming six premiership points.

The win puts the GIANTS seven-premiership points above the fifth place Collingwood Magpies, who take on the Melbourne Vixens tomorrow afternoon at Melbourne Arena.

It was goal-for-goal for much of the opening quarter, with both teams shooting at 100% and moving the ball around the court crisply early on.

Thanks to some great defensive play from Olivia Lewis and Stacey Francis, it was the Fever who were able to break away first, opening up a four-goal buffer with five minutes remaining in the opening term.

But the GIANTS fought back hard, led by their own red-hot defensive end of Kristiana Manu’a and Sam Poolman, swarming the Fever attackers and evening the scores at 17 at the end of the opening 15-minutes. 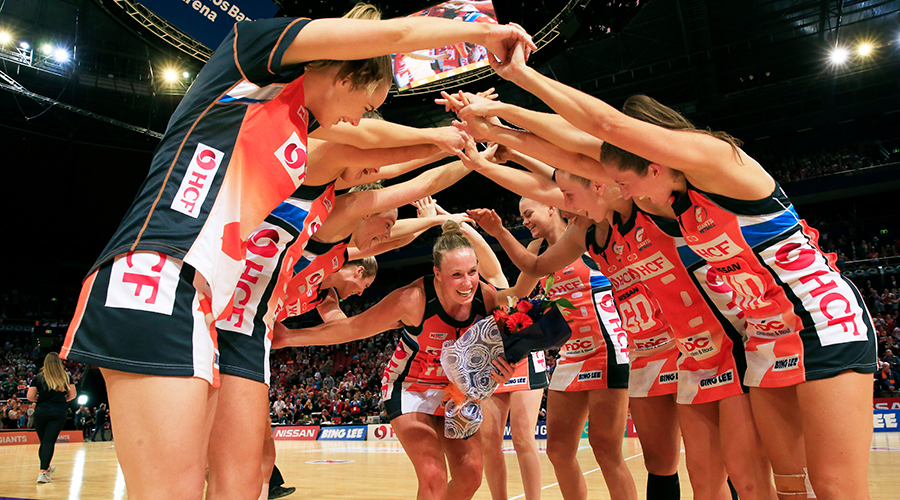 The home team continued the momentum into the second quarter, blowing the West Coast off the court and outscoring them 14-goals to nine before Fever head coach Stacey Marinkovich called a time-out with four minutes remaining.

It was hard going for the visitors, as the goals dried up and the GIANTS elevated their game to another level.

In her final ever home game, Kim Green was outstanding, feeding her shooters expertly and pushing her fellow midcourters Amy Parmenter and Jamie-Lee Price to elevate their game and punish the floundering Fever.

Eventual Nissan Player of the Match Caitlin Bassett was unstoppable, scoring 17 of her eventual 47-goals in a blistering second quarter.

With a commanding ten-goal lead in-hand going into the third quarter and the need to secure as many bonus points as possible, the GIANTS needed to continue pushing the Fever and keep the scoreboard ticking over.

But the Fever were playing for pride and refused to make it easy for the GIANTS, going goal-for-goal for much of the third.

Despite their best efforts, the West Coast just couldn’t overcome the determined GIANTS who’s pressure and effort was too much for the visitors, causing an incredible 31-turnovers for the game. 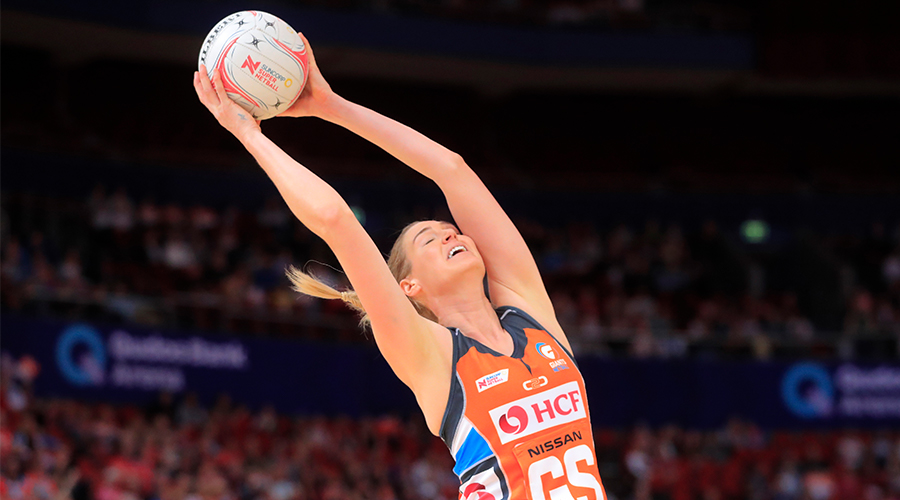 The final quarter was a see-sawing affair as both teams pushed hard. The GIANTS were desperate to secure one more bonus point to extend their lead over the Magpies on the ladder to an almost insurmountable eight-points.

But the Fever were out for pride and made it difficult for the home team all the way, outscoring the GIANTS 18-goals to 16 in the final quarter.

The GIANTS will now be waiting on the result of tomorrow’s Magpies vs Melbourne Vixens game to see whether they have done enough to secure a place in the finals for a third consecutive year.